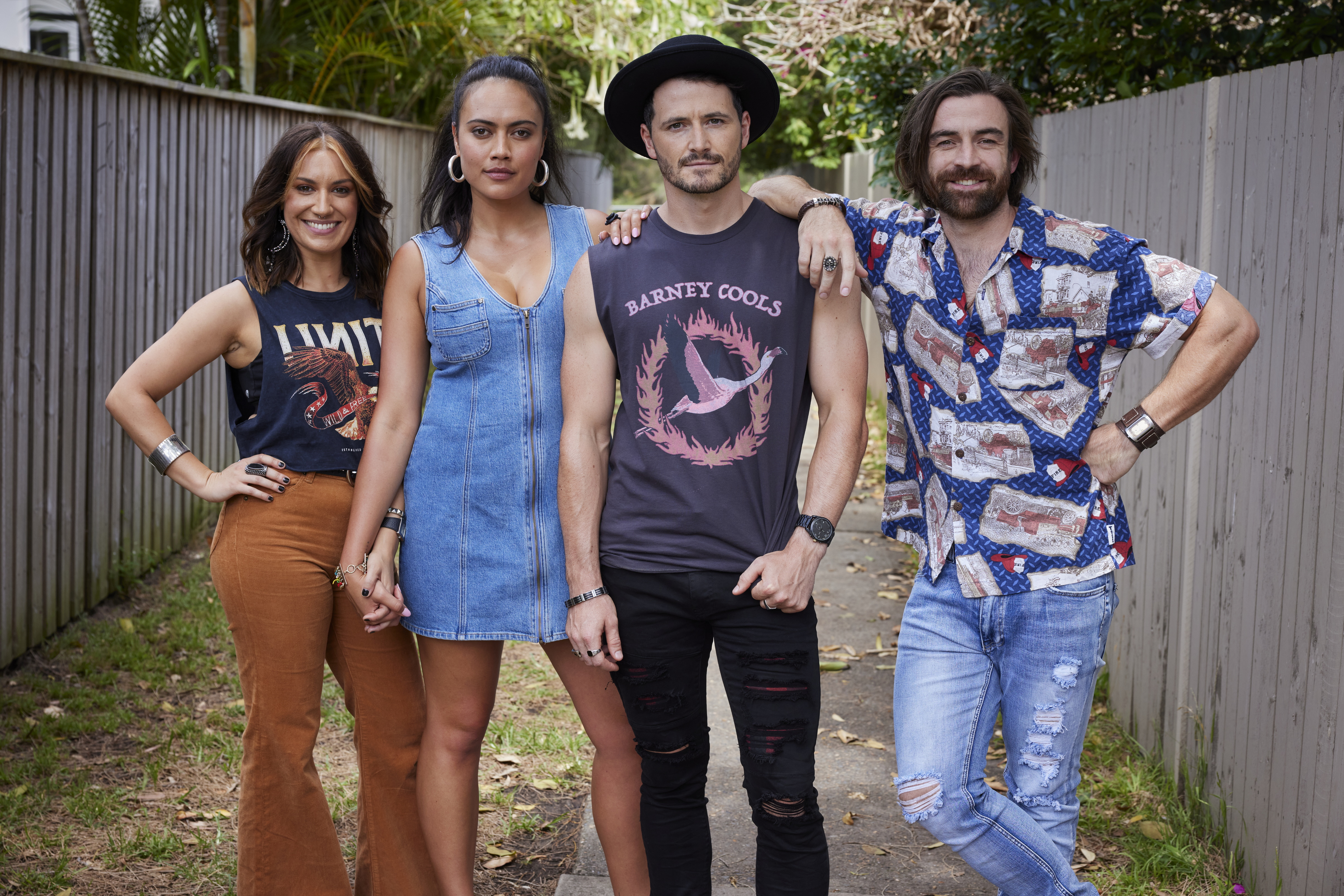 It’s good news for Home and Away fans as four new characters will soon make their arrival to Summer Bay.

Felicity is over the moon to see her old pals, but Tane isn’t exactly sure what to make of the grand entrance!

Very quickly, it becomes clear that the connection between the Lyrik band members isn’t as strong as it may look.

So, let’s introduce them!

Keyboardist and soulful songwriter, Kirby, is in a rocky relationship with Bob, the band’s head-strong lead singer.

Bob has plans for the band and let’s just say he doesn’t think Summer Bay is deserving of their music!

Eden and Remi are the best of friends but make a sport of teasing each other. Eden is Lyrik’s bass player and proud wild-child, while Remi takes his place as Lyrik’s loveable larrikin and groovy guitarist.

While many residents are impressed by the arrival, Cash (Nicholas Cartwright) is stunned to see a face from his past – but who is it?

Does he share a connection with someone from Lyrik?

For the UK viewers, Lyrik’s first scenes will air in August.