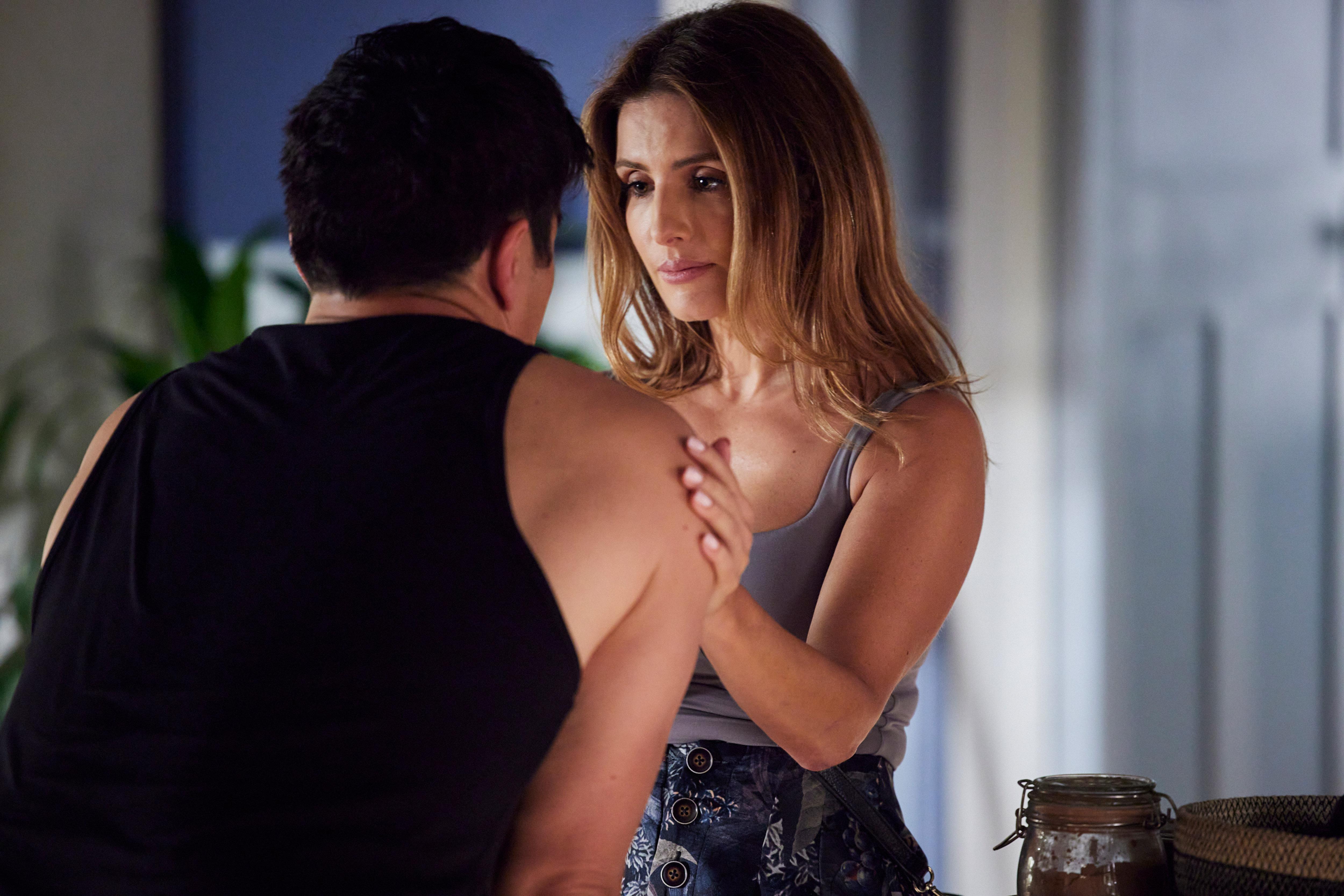 Justin (James Stewart) has been on a dangerous path for several weeks now as his descent into painkiller addiction continues. After a violent outburst in front of Leah (Ada Nicodemou), where he began smashing up his pills stash in the sink, he has told her he will wean himself off the medication.

In the Garage, Justin is in a good mood as he works, until Leah shows up with food. She expresses concern over him working alone without Ziggy (Sophie Dillman) to help with all the clients, but he insists he’s going to be fine – and he’s even got a new GP who is helping to remove the meds from his system.

After Leah sees Ziggy struggling in the Diner after her job loss, she encourages her to go and speak to Justin. However, when Ziggy shows up at the Garage, Justin is busy ordering what he refers to as ‘supplies’ on the internet and has no time for his former employee.

Embarrassed, Ziggy tries to ask for her job back, but Justin flatly denies her request. When Ziggy asks what reason he has to fire her, he has no choice but to resort to lies and tells her that she was putting the wrong parts in cars, under quoting people and clients were complaining about her.

Ziggy leaves, thoroughly dejected, and Justin feels bad – until his new painkillers from the internet arrives the following day. However, he begins to feel bad after taking them and tries to fix it by swallowing more, with the only result being that he begins to sweat and becomes delirious.

Later, Leah finds him unconscious in the Garage and immediately calls an ambulance…