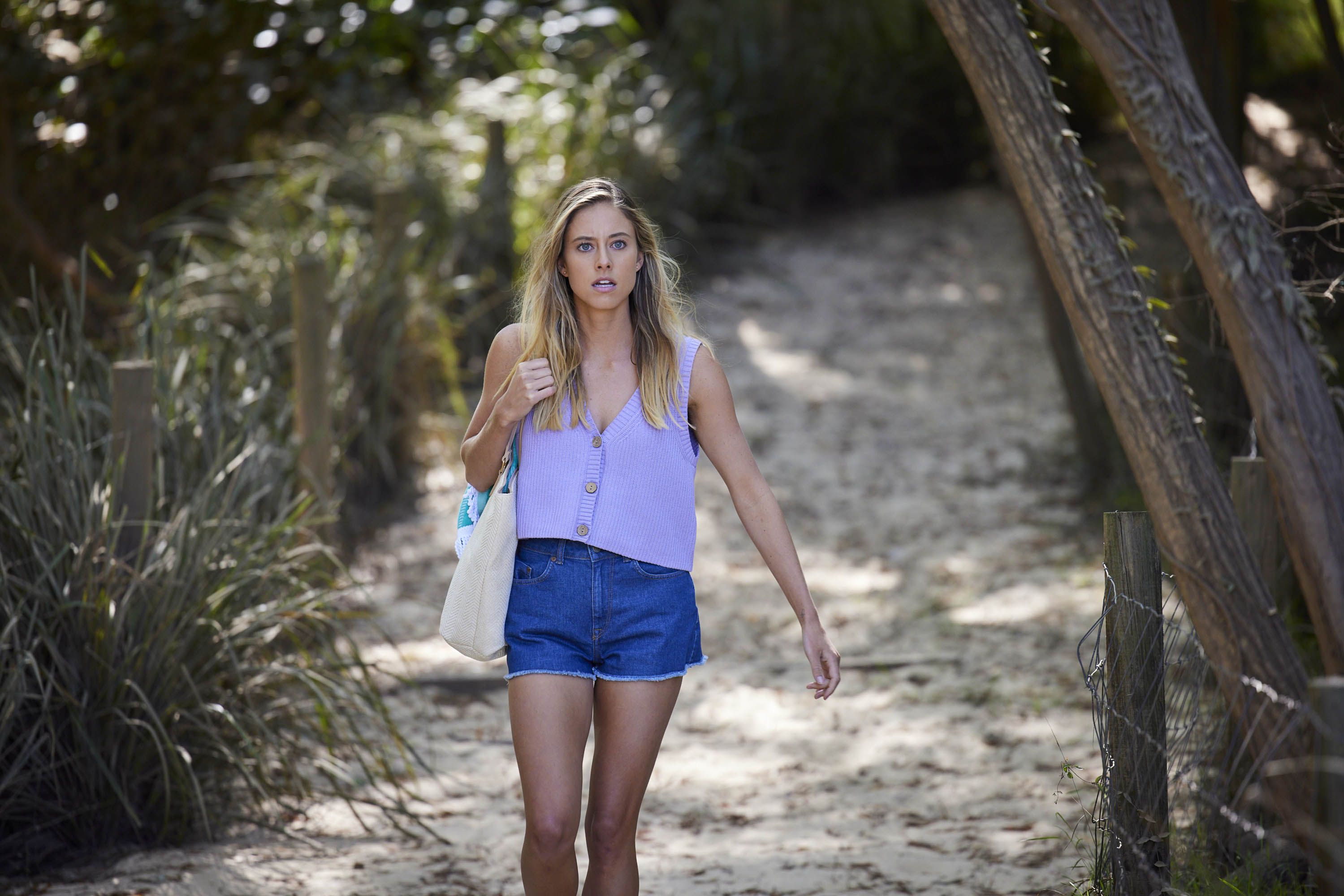 Felicity (Jacqui Purvis) has recently undergone a great deal of trauma as a result of the chemical attack, which culminated in her being held hostage alongside Tane (Ethan Browne) by her former friend Anne (Megan Smart). However, Cash (Nicholas Cartwright) and Ari (Rob Kipa-Williams) managed to rescue the pair in the nick of time.

When Jasmine (Sam Frost) brings Felicity home from the hospital, she makes it clear she is still harbouring anger towards Cash for having doubts about whether she was behind the attack and not standing by her. She goes for a walk by herself and bumps into Tane in the Surf Club.

Having just returned to the Gym for the first time since the attack, Tane’s emotions are pretty raw too and he asks Felicity if she wants to go for a walk. They begin to reconnect as they head back to the caravan park, and they are surprised at how comfortable they feel around each other.

When Tane prepares to leave, Felicity asks if he can stay. Tane frowns, but Felicity makes it clear – she just wants his company, as she doesn’t like to be alone at the moment. Tane understands, and agrees. The pair wake up in each other’s arms in the morning, having slept better for being next to each other.

However, when Tane heads out of Felicity’s van, Cash sees them together and immediately presumes the worst.

He makes it clear he isn’t impressed and approaches Tane in the Gym later, telling him to back off.

Will his words have any impact on Tane or is his fling with Felicity about to begin again?