Joy Behar announced that the comedian would be away from the table for some time as she works on an upcoming Amazon Prime series.

Fans of The View will be missing Whoopi Goldberg for a bit! Her co-host Joy Behar announced that the moderator would be taking a bit of a hiatus from the show to work on a movie during the Monday April 11 episode. The 66-year-old actress is currently in the midst of filming the upcoming Amazon Prime series Anansi Boys, according to People.

As the women sat down at the table for Monday’s episode, Joy quickly addressed why the Sister Act star was missing from her usual seat. “If you’re wondering where Whoopi is, the girl’s got a movie she’s making, and she will be back when she finishes whatever she’s doing. So she’s gone for a while,” she said, excitedly. 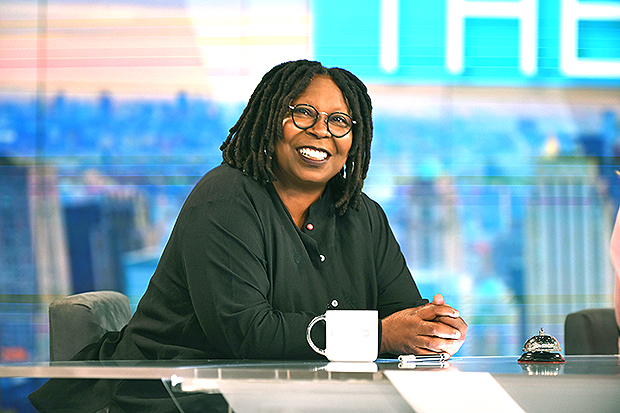 While Whoopi will surely be missed from the show, it is still exciting that she’ll be in the upcoming Amazon Prime show. Anansi Boys is based on the fantasy-adventure novel by Coraline author Neil Gaiman. Whoopi will play the Bird Woman, alongside other exciting stars like Fiona Shaw and Delroy Lindo. “I have been a fan of this book for a very long time and when Neil Gaiman told me it was being brought to the screen, I did everything I could to be part of it to help make people aware of Anansi and all his magic,” Whoopi told Variety in an April interview.

'The View': See Photos Of The Show

Anansi Boys isn’t the only upcoming film project that Whoopi has on the docket. She is also a star of the upcoming movie Till, which shares the heartbreaking story of Emmett Till, who was killed by a lynching in 1955 at age 14 and his mother’s efforts to get justice for her son. Till is expected to hit theaters in October, per IMDb. Whoopi is also in preproduction for a third sequel to her classic musical comedy Sister Act, although no release date has been announced. 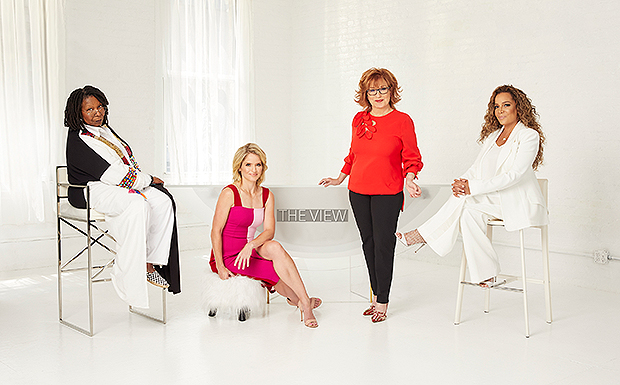 The time working on the movie isn’t the first time that Whoopi has taken some time away from the show this season. After a holiday break, Whoopi was absent after testing positive for COVID-19 at the beginning of January. While she tested positive, Joy shared that her symptoms at the time were mild, as she was vaccinated and boosted.