Talk about red in the face! No reality show is complete without an iconic drink toss, and Ariela “Ari” Weinberg opened up about that moment on the 90 Day Fiancé season 9 trailer — in which her husband Biniyam “Bini” Sibre‘s sister throws a glass of red wine in her face.

Meet the ‘90 Day Fiance’ Season 9 Cast: Learn About the Couples

In the first look clip released last month, Ari got into it with Bini’s sisters, Wish and Mimi, who have often criticized the TV personality throughout the couple’s time on the 90 Days franchise.

“We treat you like a sister,” Wish claims, to which Ari retorts that they don’t.

’90 Day Fiance’ Original Couples: Who Is Still Together?

Once Ari tells her partner’s sisters, “I’m not going to marry you guys. I’m marrying Bini,” that’s when things get heated. Wish throws a full glass of red wine in her future sister-in-law’s face and abruptly exits.

Ari detailed her reaction to the intense moment to Us, noting part of the reason why the wine toss was so “shocking” was because of the outfits she and Bini were wearing at the time.

She also revealed her reason for not retaliating against Wish. 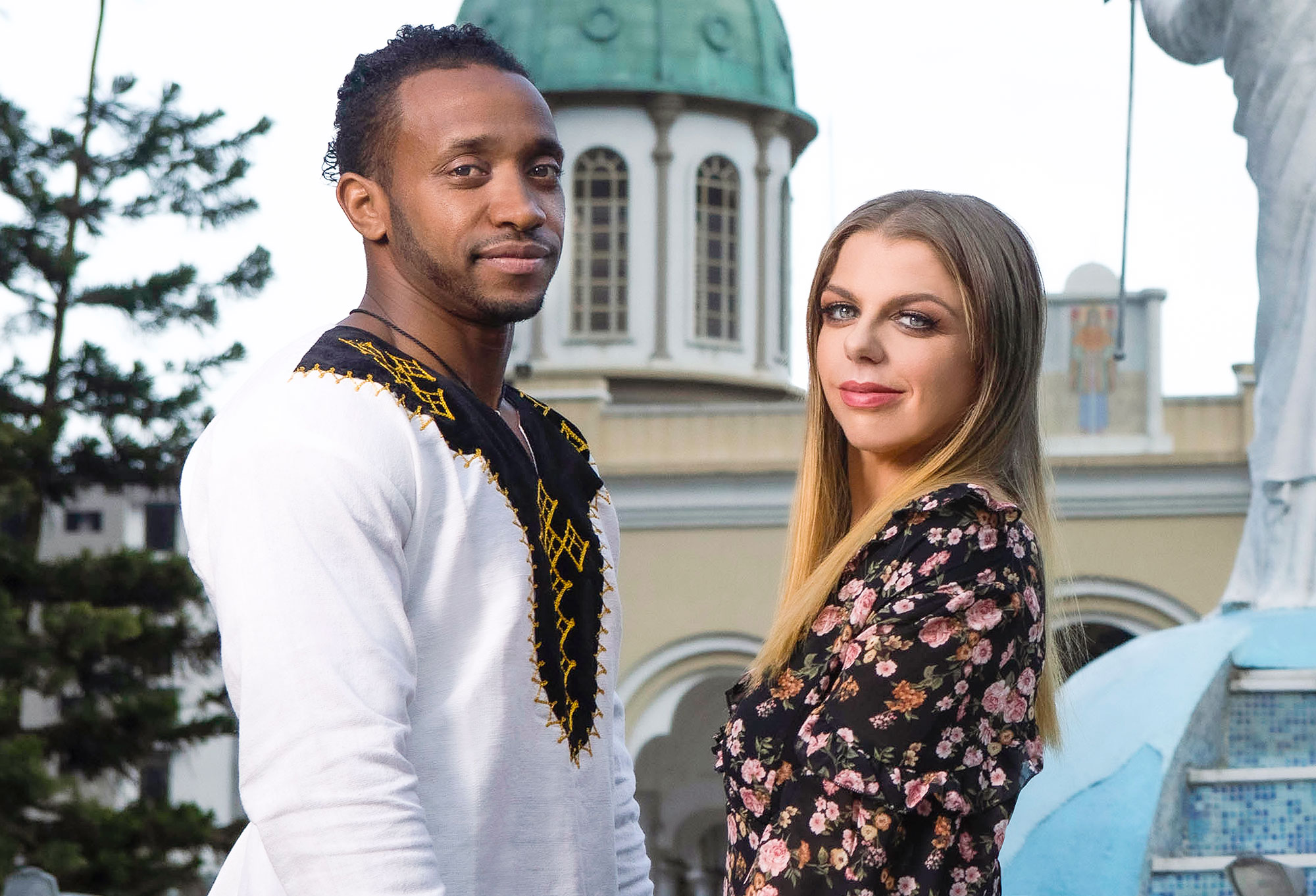 “Two things there,” the reality star tells Us. “One is: That’s family at the end of the day. And the other thing is red wine really burns. So no one is doing anything after that.”

She adds that she’s “just trying to be a peaceful person and more calm, ‘cause we’ve seen me throughout my time on the show [and I] kind of freak out a lot,” telling Us that she’s in a “new stage in my life” as a mom. (Ari and Bini share son Avi, 2.)

Ari and Bini’s relationship has played out in front of 90 Day Fiancé cameras for two years, ever since they starred on 90 Day Fiancé: The Other Way in 2020. During their time on the franchise, the two have weathered everything from Wish’s meddling — she once told Ari that she saw her brother with other women, which Bini denied — to the difficulty of the visa process.

This upcoming season, Ari revealed that the teaser definitely didn’t show everything that happens between the two of them. “There’s still some pretty crazy things” to come, she tells Us.

One moment she’s particularly excited about airing is when Bini “gets to meet my whole family” after he moves to the U.S. “I’m so happy here,” Bini concurs. “Especially for seeing Ariela’s family. Everything seems different [from Ethiopa], especially New York.”