THE time for talking is at an end, the time for action is now.

Crystal Palace v Arsenal raises the curtain on the new Premier League season tomorrow night so now is the perfect time to lock in your Dream Team.

In the spirit of camaraderie, I’m going to reveal my XI ahead of Game Week 1, devised from the very heart of Dream Team HQ. 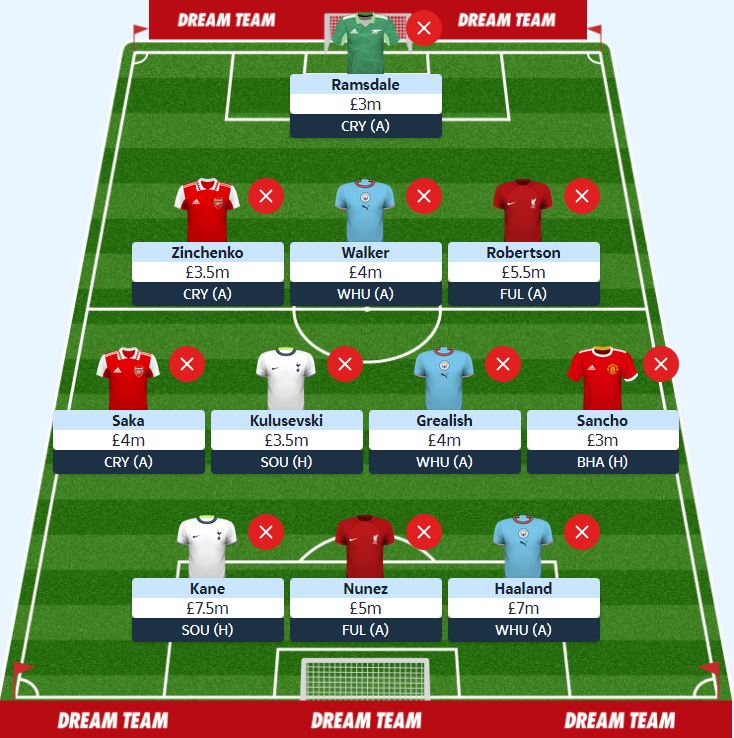 Feast your eyes on that!

Arsenal’s fixtures look pretty good to me from Game Week 1 until the international break in late September.

That’s why I wanted a strong Gunners contingent starting with Aaron Ramsdale between the sticks – the England keeper is helpfully cheaper than Hugo Lloris (£3.5m) and Edouard Mendy (£4m) in the bracket below premium options Ederson (£4.5m) and Alisson (£4.5m).

I strongly suspect Oleksandr Zinchenko (£3.5m) will split his playing time between left-back and midfield, giving him every chance of chipping in with some useful goal involvements.

And it’s handy that Bukayo Saka (£4m) is more affordable than the likes of Mason Mount (£5m), James Maddison (£5m) and Jarrod Bowen (£4.5m) – there’s not much between those assets in my book so the fact the cheapest option also has the better fixtures is a neat solution. 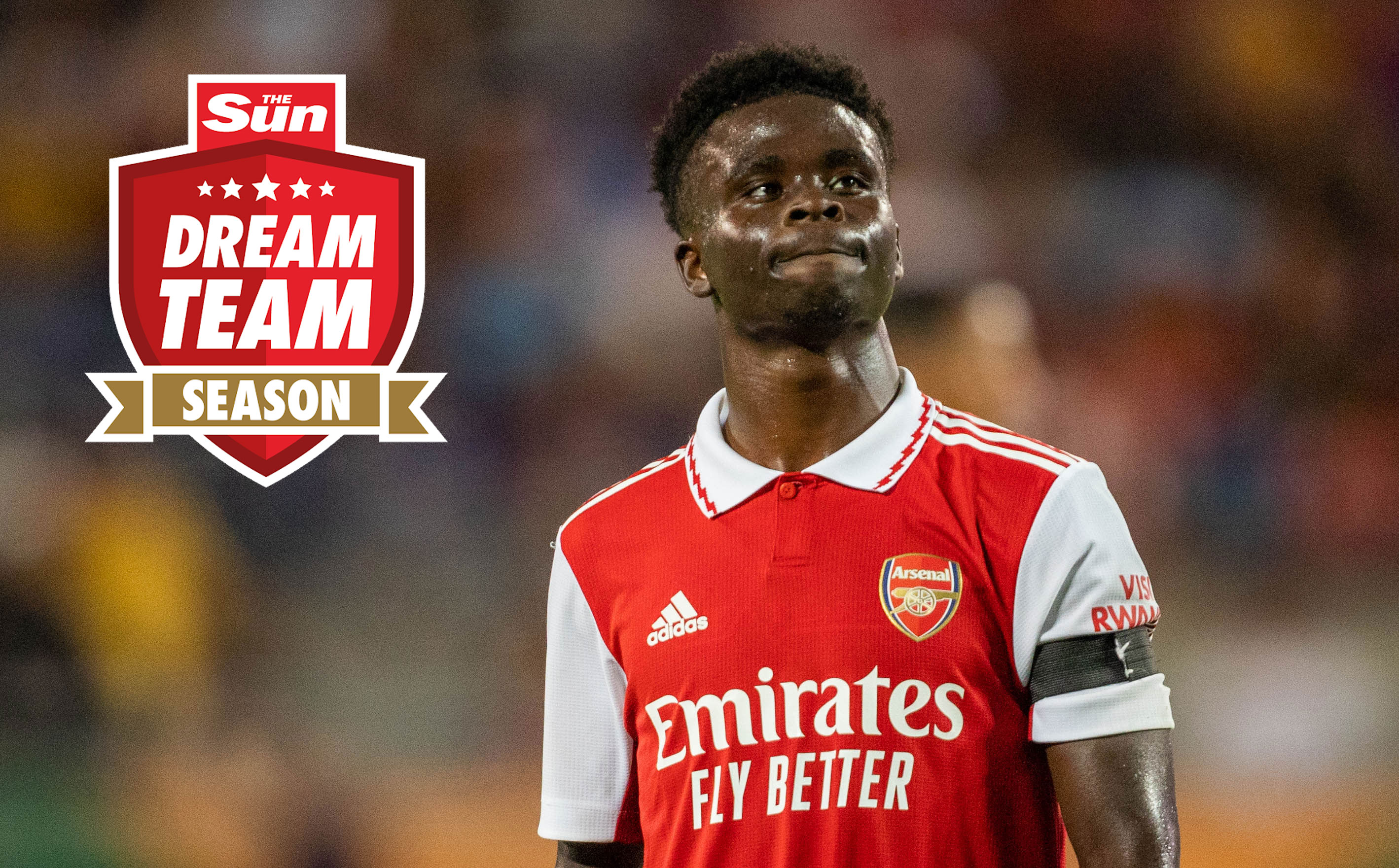 It seems wise to have representation from both Manchester City and Liverpool in defence but I couldn’t stomach forking out for Trent Alexander-Arnold (£6.5m) or Joao Cancelo (£6.5m) despite their undoubted pedigree.

Kyle Walker (£4m) doesn’t offer many attacking returns but with the defending champions now light at full-back he should continue as a regular starter.

Andy Robertson (£5.5m) ticks the box of an elite-level defender who will contribute more than his fair share of assists.

Dejan Kulusevski (£3.5m) has stayed in my XI from the very first draft.

The young Swede scored five goals and provided eight assists in half a season last time around – even accounting for a possible dip in form he should still register 15+ goal involvements easily enough in 2022/23.

I’ll admit I’m rolling the dice with my other midfielders.

There are fitness question marks over Jadon Sancho (£3m) and he was one of the most disappointing assets in Dream Team last season but if Erik ten Hag has ironed out some of Man United problems then the England winger could offer great value for money.

Similarly, Jack Grealish (£4m) underwhelmed last term but he’s set to play a more prominent role going forward and there is a recent history of City players improving dramatically after their first year at the Etihad.

Harry Kane (£7.5m) is a banker when fit and his stats since Antonio Conte took charge at Spurs are no joke.

Elsewhere up front I’ve been tempted by the new No9s for the Premier League’s two standout teams.

Sure, Erling Haaland (£7m) had a bit of a stinker in the Community Shield but if his team-mates can present him with two or three golden chances against Liverpool then just think how many goalscoring opportunities he’ll get on an average weekend. 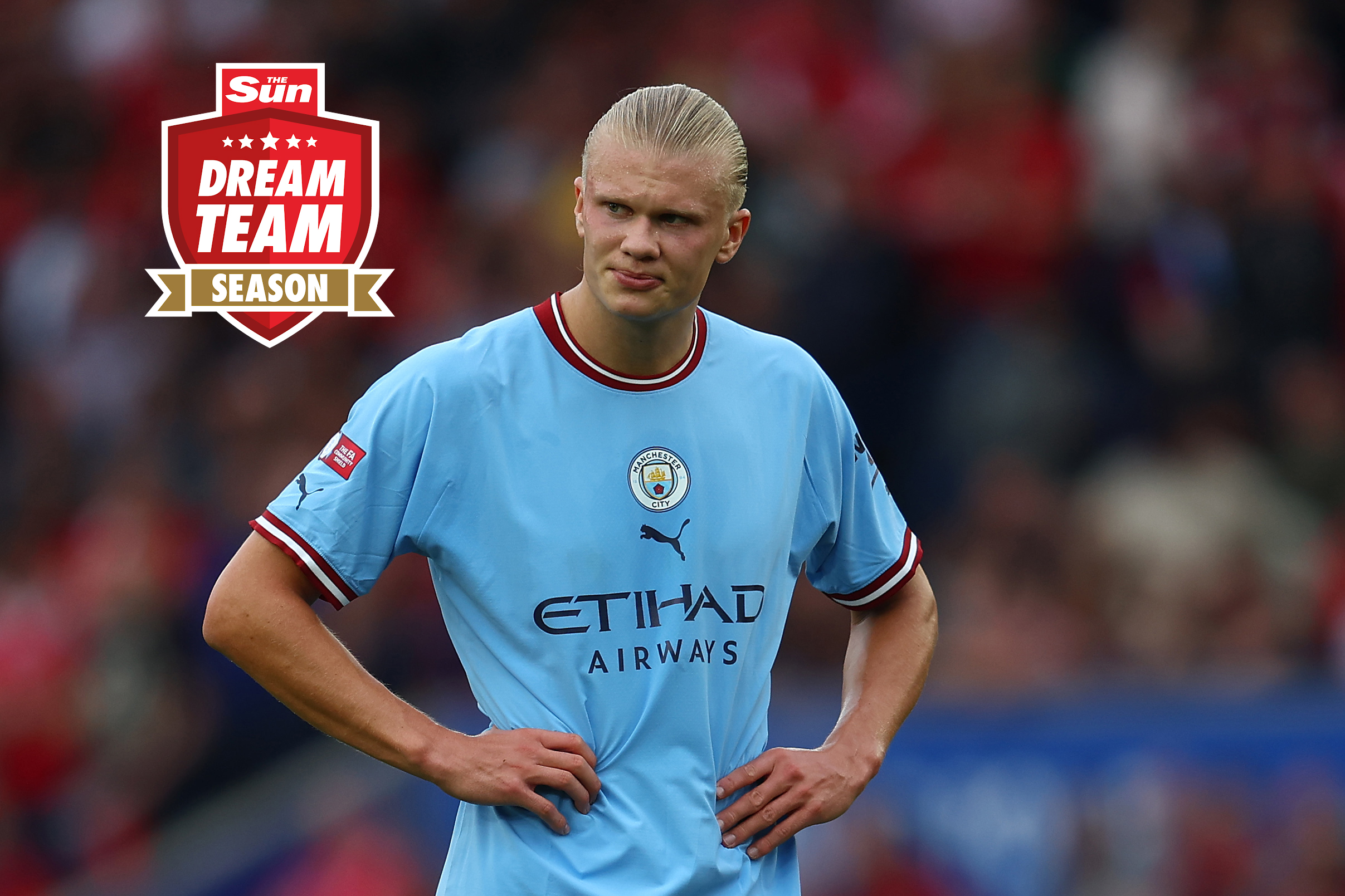 And I’m hoping to get away with Darwin Nunez (£5m) over the considerably more expensive Mohamed Salah (£7.5m).

The smart money is on the tried-and-tested Egyptian superstar to produce more points over the course of the season but if the ex-Benfica poacher can score 20 goals in all competitions (Diogo Jota bagged 21 in 2021/22) then I reckon he’ll be savvy selection given his price.

In terms of weaknesses, no Chelsea representation could be an oversight but I’m waiting to see how they get out of the blocks.

Perhaps it’s a tad optimistic to start without Alexander-Arnold and Salah, the two highest points scorers last season – if Robertson and Nunez don’t fulfil my Liverpool allotment of points then I could fall behind quickly.

And I could also be punished by Gabriel Jesus (£5m) given Arsenal’s favourable fixtures and the Brazilian’s massive ownership of 51.3%.

However, all things considered I think my XI covers a lot of bases for the opening Game Weeks.