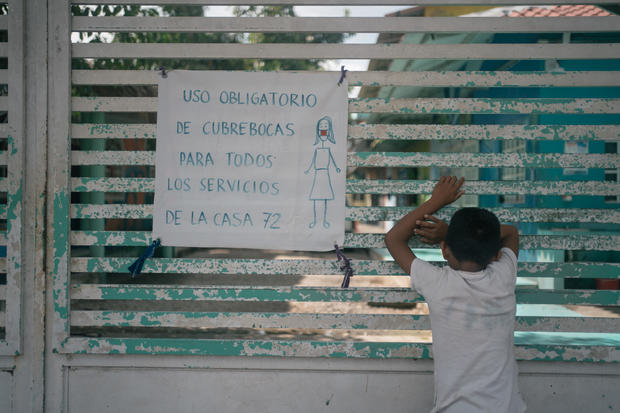 When 15-year-old Marjory fled Guatemala, she did not tell her father in Pennsylvania that she was heading to the U.S.-Mexico border.

Genry said he would have warned her not to take the perilous trek, which spans thousands of miles of inhospitable terrain and often features threats of kidnappings, extortion and violence, as well as unscrupulous smugglers.

Marjory, however, was desperate to leave Guatemala and reunite with her father in the U.S. She had been living with her mother and stepfather, who she said had tried to sexually abuse her several times. She brought with her a complaint signed by a “jueza de paz,” a local judge, describing her stepfather’s alleged abuse. She hoped it would be her gateway to refuge in the U.S.

But after Marjory was taken into custody by U.S. border agents on November 11, she was not allowed to present this evidence to an immigration judge, an asylum officer or a lawyer. The teen was instead briefly detained, placed on a deportation flight and sent back to Guatemala.

If allowed to stay in the U.S., Marjory may have qualified for a humanitarian visa for immigrant youth who suffered abuse, neglect or abandonment, according to lawyers. Had she been transferred to a U.S. government shelter for migrant children, as required by a 2008 law, her father would have been able to sponsor her so that she could live with him in Pennsylvania’s Cumberland County while her immigration case was reviewed.

“She brought all the police reports — her entire case. But they didn’t give her an opportunity,” Genry told CBS News.

Since March, the U.S. has been expelling most unauthorized border-crossers, including unaccompanied children like Marjory, and denying them a hearing in immigration court in the name of public health. Detaining migrants under immigration law, the Trump administration has argued, could spur coronavirus outbreaks in holding facilities, endanger border agents and strain U.S. hospitals.

U.S. border authorities have carried out approximately 270,000 expulsions during the pandemic, according to government data. Most migrants have been turned back to Mexico, but thousands of unaccompanied children and families have been expelled through flights to Central America. 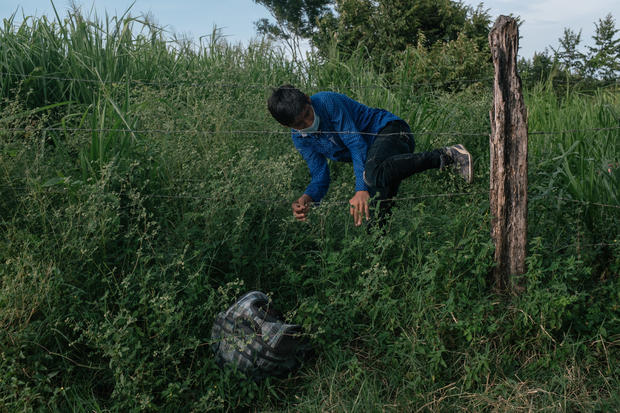 The policy, however, was approved under White House pressure and over objections from public health experts at the CDC. Three federal judges have also questioned its legality and concluded that public health law does not authorize expulsions.

Marjory was expelled less than a week before Sullivan’s ruling, according to an email reviewed by CBS News. “I felt very sad because my goal was to be with my dad, where I would feel safe,” she told CBS News.

Soon after she had spoken with Genry about Marjory’s imminent expulsion, Thelma Garcia, an immigration attorney in Texas’ Rio Grande Valley, said she was contacted by the family of another detained migrant minor, a 16-year-old Guatemalan boy.

Garcia reached out to a CBP official and was told the boy had been allowed to stay temporarily in the U.S. and sent to a shelter. Marjory, however, had already been expelled to Guatemala, Garcia was told.

Marjory had brought her six-page judicial complaint against her stepfather and described to Guatemalan consular officials in south Texas the danger she’d face if expelled, since she could not return to her mother’s home in Guatemala’s Chiquimula Department. None of that helped Marjory stay in the U.S.

“When the children say, ‘I’m afraid to go back,’ they don’t pay attention to them,” Garcia told CBS News, referring to U.S. officials. “Their job is to ignore and deport.”

While President-elect Joe Biden has promised to undo some of Mr. Trump’s restrictive asylum changes, including the so-called “Remain in Mexico” program of requiring migrants to wait outside U.S. territory for their court hearings, his team has not committed to limiting or halting the border expulsions.

Two days before Election Day, Mr. Biden’s campaign said a review of the expulsions policy would be conducted to ensure migrants could make asylum claims. An adviser to Mr. Biden’s transition said the review would be guided by public health experts. 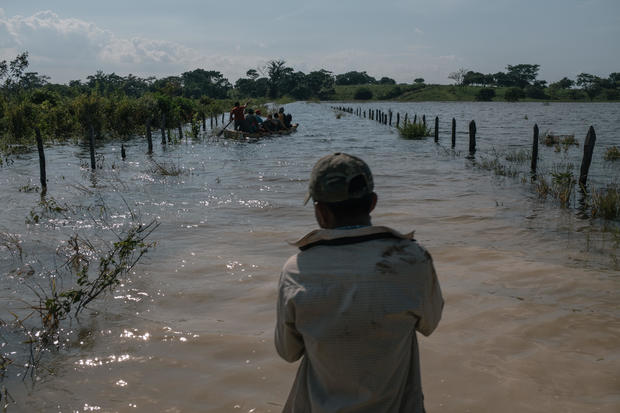 Genry, who traveled to the U.S. border in 2005, said he is well aware of the dangers associated with the journey. But he said he understands why Marjory traveled north without telling him. For months, he said she had been calling to tell him about her stepfather’s alleged mistreatment. “She would always cry,” he said.

Genry said his 17-year-old son, who lived with Marjory, also told him about their stepfather’s actions. On December 2, 2019, Marjory’s mother filed a complaint on her behalf, detailing her partner’s attempt to “sexually abuse” her daughter, according to Guatemalan judicial documents reviewed by CBS News.

According to a State Department report issued in March, sexual and domestic violence against Guatemalan women and girls is widespread, while child abuse is a “serious problem.” In the first half of 2019, the report said, 6,231 Guatemalan women were victims of rape, compared to 549 cases during the same period in 2018.

Despite the complaint filed against him, Marjory’s stepfather was not arrested and continued to harass her, she said. Additionally, Marjory said her mother began to take her partner’s side and fault her. At Genry’s insistence, Marjory moved in with her godmother, but said she still did not feel safe, prompting her to arrange her secret trek to the U.S.

Had she been allowed to stay in the U.S., Marjory could have asked a juvenile court to determine that her mother abandoned and neglected her, a finding that would have made her eligible for what’s known as special immigrant juvenile status, said Linda Dakin-Grimm, a lawyer who has filed dozens of similar cases on behalf of at-risk migrant minors. The humanitarian relief, created by Congress in 1990, places recipients on a pathway to U.S. citizenship.

“This would’ve been a particularly strong case because there would’ve been actual corroboration,” Dakin-Grimm told CBS News, noting that most migrant children she has worked with did not come to the U.S. with documents detailing the mistreatment they endured.

After her expulsion, Marjory had a message for the U.S government: “Listen to us, look at our cases to see how we feel after all that has happened and give us an opportunity to be with our family, who we love.” 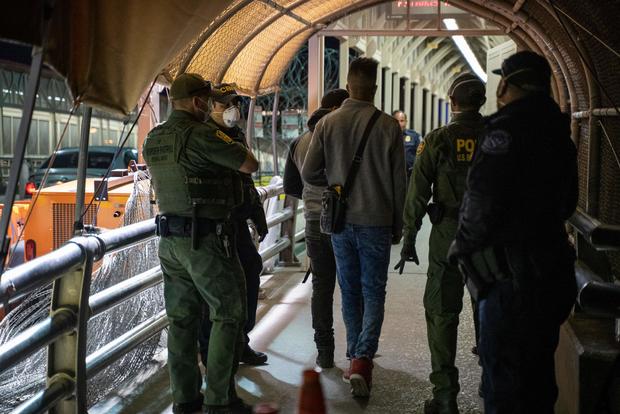 Genry, who works at a Pennsylvania pizzeria, can’t petition for his daughter to come to the U.S. because he is undocumented. He has a work permit, but is also facing deportation proceedings in immigration court.

After Marjory was expelled, Genry said Guatemalan authorities told him they were going to place Marjory in long-term government custody if no one picked her up from a shelter for deportees in Guatemala City. He couldn’t leave the U.S. and come back, and had no immediate family members willing to care for his daughter.

Marjory’s godmother ultimately agreed to house her again. Allowing Marjory to live with her mother and stepfather again was not an option.

“That’s placing her in the wolf’s mouth,” Genry said.