Sam and Aaron Taylor-Johnson have a permanent kind of love.

The director, 54, commissioned celebrity tattoo artist Dr. Woo to ink her husband’s name on her collarbone.

“Kick-Ass” actor Aaron, 30, had Sam’s name tattooed above his heart in a similar cursive font in 2017, in honor of his wife’s 50th birthday. The piece sits just beneath a black-and-white hummingbird design, also done by Woo.

While the tattoo artist, who has inked Justin Bieber, Hailey Baldwin, Zoë Kravitz, Drake, Miley Cyrus and many more, turned off the comments on his post of the controversial couple’s body art, fans expressed their feelings about the pair in the comments of his other photos.

“C’mon let me slander Sam,” one person wrote. “Turn back on them comments i got a couple of words for groomer granny,” another said. 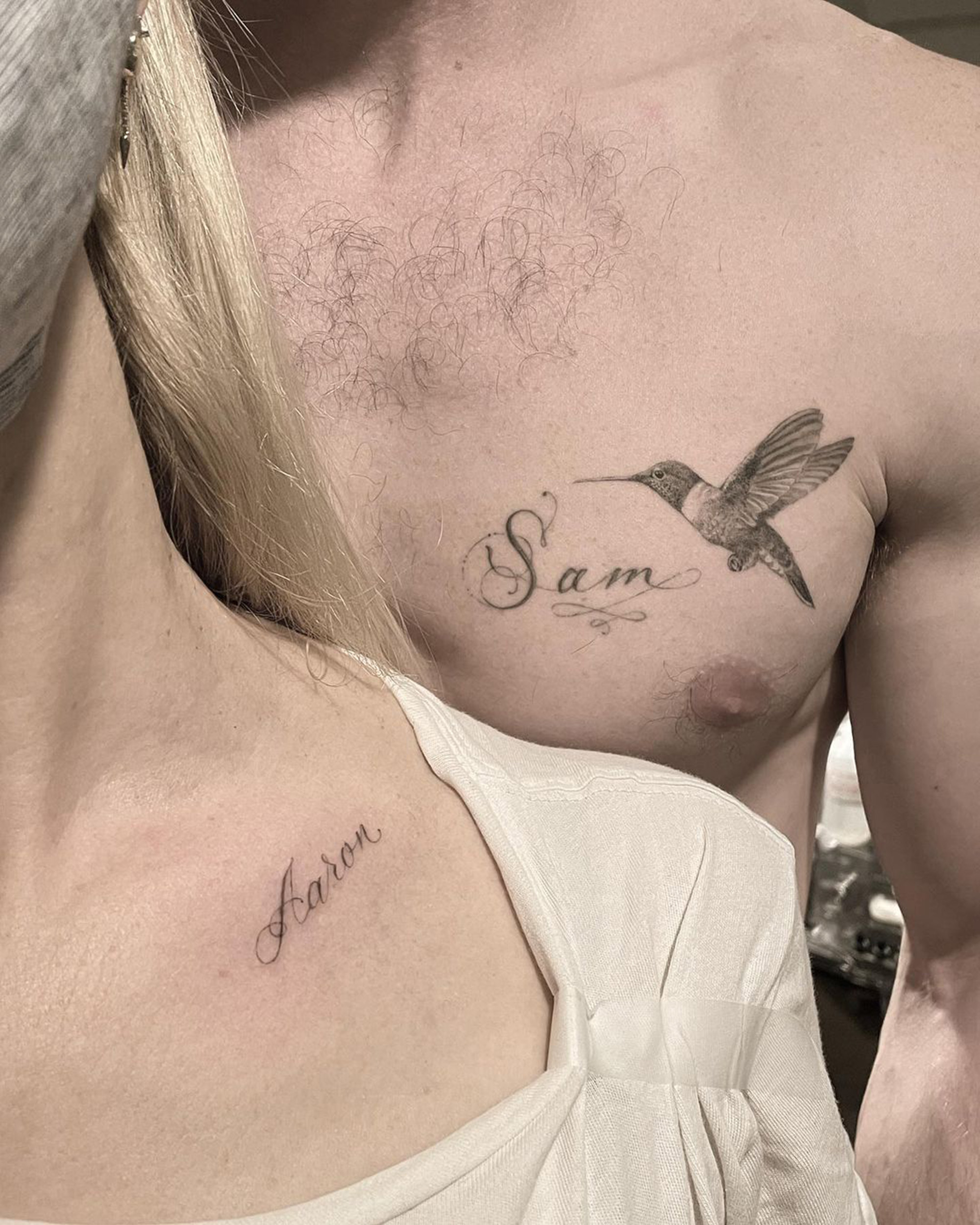 Despite the negativity, the Taylor-Johnsons have said in the past that they aren’t deterred by their haters.

“All that is my personal life, it’s sacred to me and it’s beautiful. But there is a lot of negativity around from other people,” Aaron said in a 2019 interview. “That’s their problem and their issues and however they perceive life. I live my life to its fullest and I operate from my instincts and from my heart, and I try to be as open as possible.”