Many parents across the nation have nervously taken their children back to school today, with Illicit Encounters prompting that this has made it the perfect opportunity to start having an affair.

The dating site, tailored towards people who are married or in relationships and want to cheat on their partners, is has launched a new billboard campaign, which has gone viral on Twitter after being spotted in Elephant and Castle.

A 37-year-old woman who lives in London, contacted Femail and said the concept of promoting using children to have an affair is ‘disgusting’.

Although children have today returned to school, the government’s order to stay at home is not due to end until 29 March, with guidance set to change to ‘stay local’. 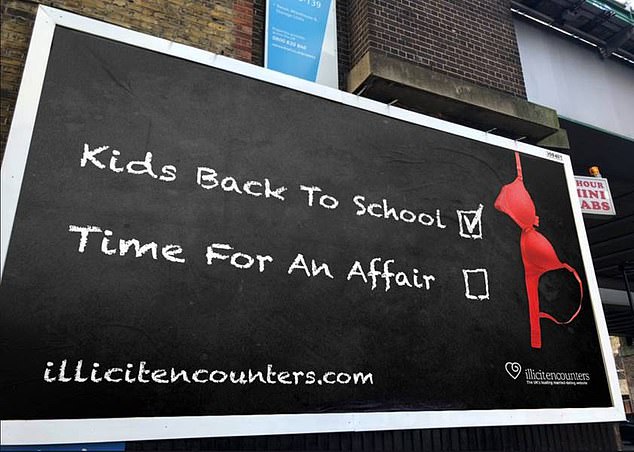 Posting on Twitter, people who’ve seen the advert in Elephant and Castle asked if it’s right to be recommending affairs

Another said: ‘Kids go back to school tomorrow… if you’re bored? I mean, have you seen this Billboard in Elephant and Castle’

The billboard shows a list with taking the kids back to school ticked off and an empty box next to having an affair, with the Illicit Encounters website below.

The married dating website who recently released a study claiming one in three women who cheat are brunette, has over one million members who rely on the service for discreet affairs.

Unimpressed by their latest campaign, the woman who doesn’t wish to be named said to Femail: ‘I have seen this disgusting advert this morning on social media from Elephant and Castle. Using kids to promote having an affair is disgraceful. 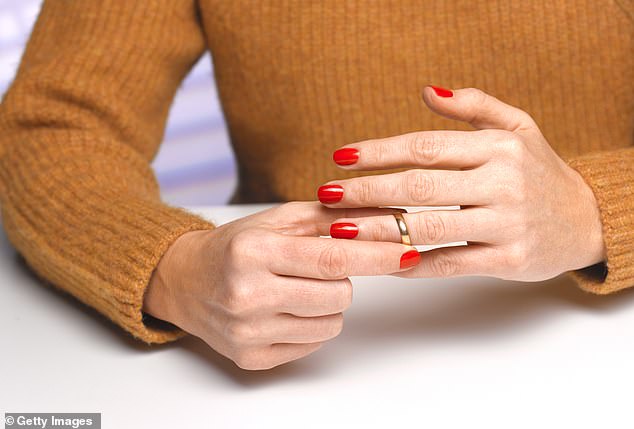 ‘I don’t feel it is appropriate to be celebrating having an affair at the best times, but particularly using children finally going back to school to do it.’

Illicit Encounters have responded to the backlash revealing they didn’t intend to anger anyone with the advert.

A spokesperson said: ‘We certainly didn’t want to cause offence. We recognise thousands of parents and adults across the country have been through the ringer in the past 12 months.

‘Now the kids are finally back to school there’s never been a better moment to inject some fun and excitement back into their lives and that’s all we wanted to say with this advert.’

The advert comes after research from the Marriage Foundation revealed nine per cent of participants in a study 2,559 parents said their marriage had worsened during the pandemic.

However, 20 per cent of married parents also claimed their relationships have improved.

At the time, Harry Benson, the Marriage Foundation’s Research Director and one of the report’s authors spoke to Mail Online saying: ‘Although stress levels in parental relationships have risen with so much uncertainty about jobs, money, and being unable to go out or socialise, lockdown appears to have affirmed the commitment of married parents.

‘In short many seem to have found spending more time with the partner has been a positive experience.’