Hopper economist Hayley Berg discusses the best Travel Deal Tuesday trips to book and how to book them with Hopper.

Thousands of airline catering workers at 18 airports are threatening to strike Tuesday, at the start of one of the busiest travel times of the year.

The labor union Unite Here, which represents 50,000 airline industry workers, with 20,000 in catering and 30,000 in airport concessions, are demanding a contract with a $15 minimum wage, better health care options and seniority pay, from two of the country's main airline catering companies, LSG Sky and Gate Gourmet.

A federal mediator is reportedly involved in the negotiations as the clock ticks down.

Nearly 3 million people are expected to fly between Tuesday and Sunday, Dec. 1, according to Airlines For America.

Passengers traveling through those airports may witness anywhere from 200 to 1,000 demonstrators at each airport, the union says. 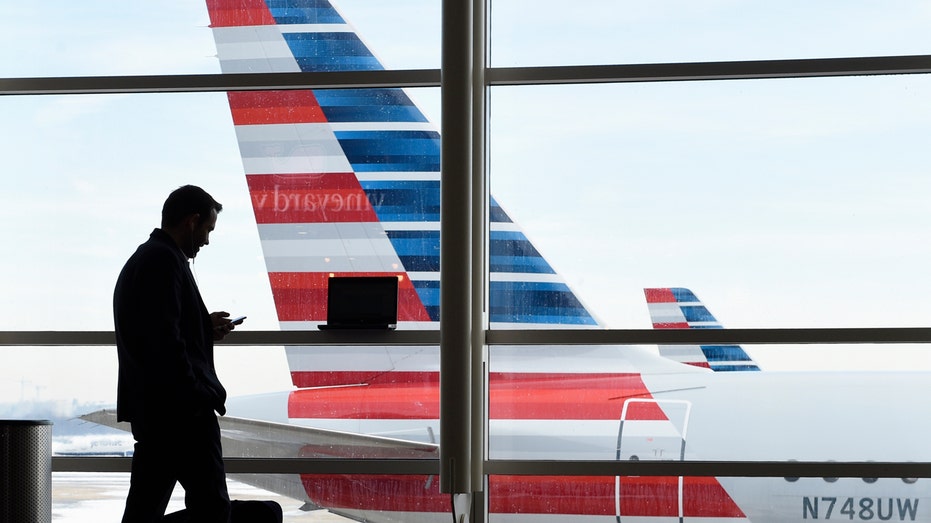 FILE – In this Jan. 25, 2016, file photo, a passenger talks on the phone as American Airlines jets sit parked at their gates at Ronald Reagan Washington National Airport in Arlington, Va. The Federal Aviation Administration says it will temporarily s

"We don't want to affect customers,” Union president D. Taylor said in a statement obtained by Forbes. "We do want to get a message out. Our goal is to bring to light what's going on with the plight of workers. We're trying to say that airline companies make billions and we want a piece of the American dream."

According to Taylor, the demonstrations will focus specifically on American Airlines, which subcontracts with the catering workers employed by LSG Sky and Gate Gourmet. For their part, American has urged the two companies to reach a deal with union workers.

"American Airlines respects and supports the rights of workers to join a union and bargain collectively — in fact, 84 percent of our team members are represented by unions," said American Airlines spokesman Josh Freed in a statement obtained by Forbes. "We believe in the collective bargaining process. We understand that a new contract will, ultimately, increase the costs to customers, including American."

Gate Gourmet spokeswoman Nancy Jewell called Unite Here's demands "unreasonable and unaffordable" which will ultimately "hinder the long-term sustainability of (the) industry" in the long run.

LSG Sky Chefs spokesman David Margulies was not as critical of the union, but said the company hopes "union members act lawfully as they exercise their right to demonstrate or protest."

Last year, 8,000 hotel workers represented by Unite Here went on strike at Marriott Hotels throughout the country, and had their biggest demands met within two months.