ALEX BRUMMER: Why are we facing an energy crisis when we’re sitting on a gold mine? We should consider giving fracking pioneers and North Sea drillers the only ‘green’ light that matters: the one that says ‘Go’

The crisis in the nation’s energy supplies has reached a level unseen for two generations. Nine firms have gone bust this year amid soaring wholesale gas prices, while companies supplying some six million homes are said to be at risk of imminent collapse.

Millions of pensioners and the most vulnerable households now face untold hardship this winter, while the ‘squeezed’ middle classes can expect their bills to soar far in excess of anything they are used to.

For years — as the run-up to the Cop26 climate summit in Glasgow has amply shown — successive governments have focused on renewables and other non-polluting energy sources as a means of addressing climate change.

The result is that Britain now faces a crisis in its energy security. And the worst part? This chaotic and alarming situation is wholly unnecessary.

More than 50 years since the first North Sea oil was struck, the British Isles remain surrounded by unexploited oil and gas reserves; while beneath the country’s surface lie layer upon layer of shale.

With careful and environmentally sensitive modern drilling techniques, these untapped gold mines of natural resources could keep our fleet of mothballed natural-gas generators fired up until long-lasting sources of greener energy have been secured. 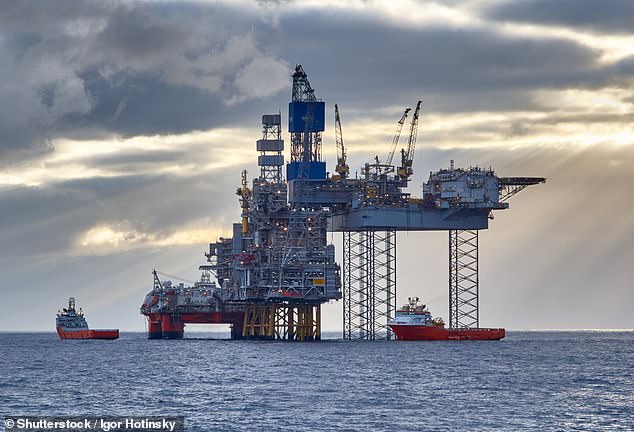 More than 50 years since the first North Sea oil was struck, the British Isles remain surrounded by unexploited oil and gas reserves; while beneath the country’s surface lie layer upon layer of shale

In decades to come, Britain may well sustain carbon-free energy solutions at huge scale in solar, water and hydrogen. We could even, as the Prime Minister once colourfully put it, become ‘the Saudi Arabia of wind power’.

But until those technologies are properly invested in, many fear we now face the prospect of the lights going out just as they did in the 1970s.

Quite simply, Britain must look for alternatives. If we do not, the consequences will be grave.

British Steel is warning that prices are ‘spiralling out of control’ amid an unbelievable 50-fold increase in quoted rates for power.

Yet while the industrial fallout from the present crisis is obviously horrendous, the potential damage to households is even greater.

As wholesale prices spiral out of control, the pressure on the regulator to raise the cap, or see the industry strewn with failures, is now almost overwhelming.

Without an eye-watering increase in the price cap of perhaps £400 (some 30 per cent or so), even the biggest players such as Centrica, owner of British Gas which has more than 12 million customers, could be under enormous pressure.

Fixated on ‘net zero’ as part of his political legacy, fresh from delivering his address on climate change to the United Nations this week and looking forward to strutting the global stage at Cop26, Boris Johnson has clearly failed to understand the risk to the country of relying excessively on energy purchased from abroad.

It ought to be obvious that surrendering our energy needs to the Moscow-controlled Gazprom (a huge gas supplier to Europe) and a ghastly collection of Middle-East potentates has been a grievous error.

Making matters worse, a serious fire on a key undersea electricity cable from France has further limited supplies and shown the value of a reliable domestic source.

So what are the alternative technologies that the Government should now urgently be exploring to prevent this crisis from worsening still further? 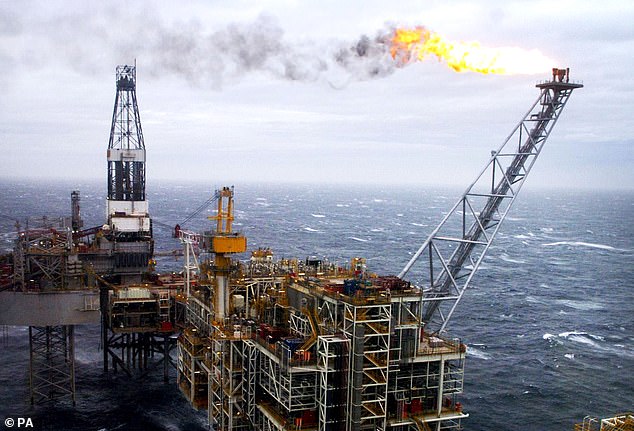 With careful and environmentally sensitive modern drilling techniques, these untapped gold mines of natural resources could keep our fleet of mothballed natural-gas generators fired up until long-lasting sources of greener energy have been secured

As someone sympathetic to the green objections to fracking, from despoiling of country roads to potential earth tremors in nearby urban areas, I would prefer we avoid that path if possible.

Nevertheless, we should not overstate its dangers, and we should certainly not fall victim to untruths about ‘earthquake’ risks and other lurid allegations.

In 2017, for example, the advertising watchdog rapped environmental charity Friends of the Earth for a ‘misleading’ leaflet that claimed fracking can cause cancer.

Meanwhile, one only has to look across the Atlantic to witness the vital strategic gains that can be reaped from regaining a measure of energy independence.

Having risen steadily for 30 years, American imports of oil are now negligible thanks to the fracking revolution, as the process releases oil as well as gas.

Washington, therefore, enjoys somewhat greater freedom in its relations with the dictatorships of the Middle East, and is no longer beholden to those who control the rivers of cheap oil that flow from Arabia’s desert sands.

When the UK Government halted fracking in November 2019, it made it clear that this was a moratorium, not a permanent ban.

If ever there was a moment to rethink this pause, it should be now: especially given that the evidence suggests the ‘earth tremors’ from exploration were far less than originally measured and also confined to a much narrower area than was claimed.

But fracking is only one possibility. A less intrusive way of bringing oil and gas to these shores might be for Boris Johnson to license applications for development of the Cambo field situated some 75 miles to the west of Shetland.

This contains more than 800 million barrels of oil as well as considerable potential gas deposits.

Labour leader Sir Keir Starmer may come to regret his opposition to the drilling, which would have created a reported 1,000 jobs, on ‘carbon emission’ grounds.

Similarly, a new modern and safer coal mine in Cumbria has been held up in spite of the willingness of investors to plough more than £150 million into the project.

Instead, coal imports to Britain have been soaring — up 45 per cent in the first quarter of 2021 on the same period last year, to a total of 1.5 million tonnes. Some 60 per cent of Britain’s imported coal comes from — where else? — Russia.

In my view, one of the best ways of rapidly delivering a greener and more secure energy supply would be for the Government to commit far bigger sums of money — perhaps as much as £1 billion rather than the £215 million already earmarked — to speed up Rolls-Royce’s plans for ‘miniature nuclear plants’.

The engineering giant has announced plans to build up to 16 of these so-called ‘small modular reactors’.

Rather than spending decades building huge and inordinately expensive plants such as Sizewell and Hinkley Point, the smaller plants are assembled from ‘modules’ in factories, thanks to technology that is already used in the nuclear turbines that power the Royal Navy’s submarines.

Most sensible people want to see Britain and the world’s carbon emissions fall for the sake of generations to come.

But sacrificing our prosperity and the health and comfort of our people on the ‘green altar’ — when technology exists that renders this entirely unnecessary — would be unforgivable.

The nation is engaged in a monstrous act of self-harm. To avoid prolonging this crisis, we should consider urgently giving the fracking pioneers and North Sea drillers the only ‘green’ light that matters: the one that says ‘Go’.