Celebrities dress up for Met Gala 2020 at home

While filming “Mank,” Amanda Seyfried had to keep mum about being a mum-to-be.

Seyfried, 35, revealed it was tough shooting the film — which has been nominated for an impressive ten Oscars — while pregnant, telling Julianne Moore during a Vanity Fair Cocktail Hour, Live! chat on Thursday, “I’m so glad because I love my son but I was so ill.”

“The weekend before one of the big scenes where actually I don’t have any lines … I thought that it was going to be a little easier [even] knowing that I was going to have to be in the makeup chair at 3:30 [a.m.] on one of the days,” she continued.

But, “I was in bed the whole weekend thinking I don’t think I can do this. I can’t be sick and working with David Fincher and play Marion Davies at the same time.”

The only person Seyfried confided in on set was costume designer Trish Summerville.

“I’m four and a half weeks pregnant, I’m not supposed to say anything but I’m bloated and I can only eat cream cheese!” Seyfried wailed to Summerville.

The film — whose Oscar nods include one for Seyfried for Best Supporting Actress — follows screenwriter Herman J. Mankiewicz as he traipses through 1930s Hollywood while working on the screenplay for “Citizen Kane.” 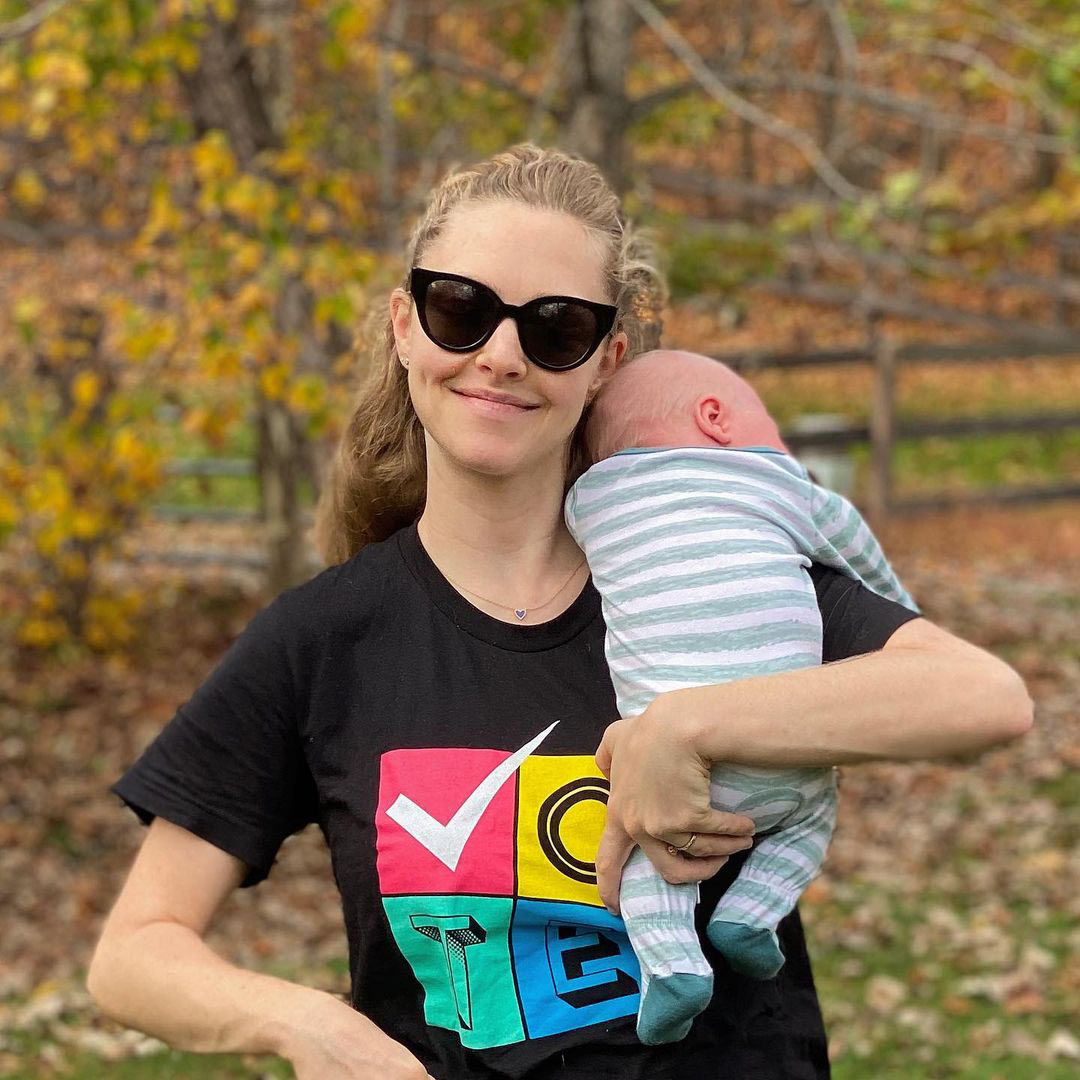 Seyfried and her husband Thomas Sadoski, whom she wed in 2017, share daughter Nina, 4, and Thomas, born last September.

Seyfried’s summer plans, meanwhile, feature lots of black turtlenecks. She’s set to play Theranos founder Elizabeth Holmes in the Hulu series “The Dropout,” based on an ABC News podcast of the same name.