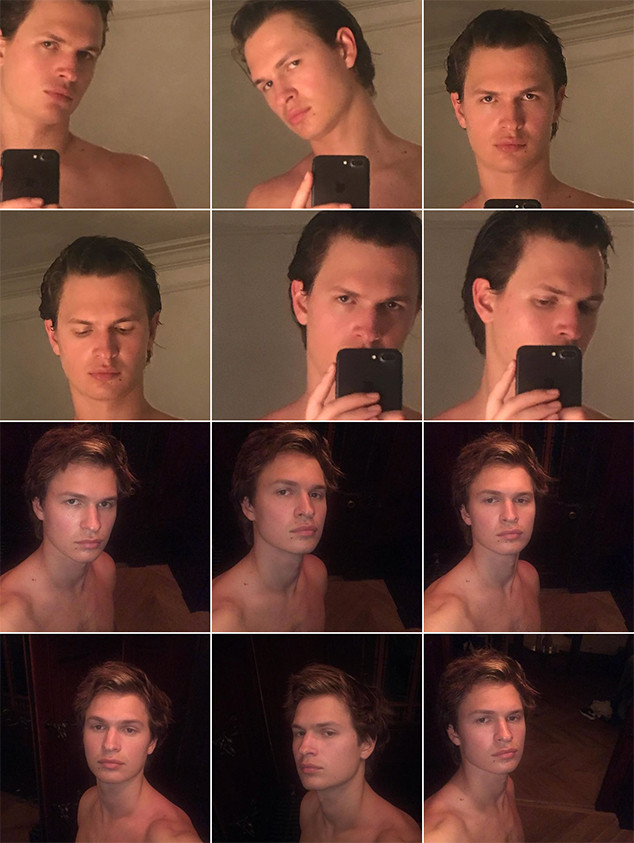 If you’re anything like Ansel Elgort, every angle is your best angle.

So, it should come as no surprise that the Baby Driver actor took to Instagram early this morning to post not one, not two, but 17 shirtless selfies within 10 minutes with no context whatsoever. Some of the shots are close ups of his face. Others are mirror pictures. Several are wide shots, showing off his bare shoulders. And the final six are zoomed in on his smize.

“I think this one is the best,” his girlfriend Violetta Komyshan commented on picture 15. “But they’re all pretty good tbh.” Chimed in his Divergent castmate Zoë Kravitz, “Dude. What is happening right now? Lol.” His West Side Story co-star Rachel Zegler, on the other hand, was amused, writing, “My entire feed is just your posts thank u for blessing my insomnia buddy.”

And, as is often the case, the Internet had a lot of thoughts. “Ansel Elgort posted 17 selfies in 10 minutes and honestly I stan even harder now,” posted one Twitter user. Added another, “Current mood: Ansel Elgort’s Instagram feed.”

While some fans were envious—”Wish I was famous so I could post 17 pictures in a row of my myself from different angles like ansel elgort,” wrote one—others tipped their hats to the star: “ansel elgort’s feed looking like my camera roll during golden hour and i respect him for that.”