Like an angel descending from the heavens, Ariana Grande delivers a message – ‘listen to the qualified scientists’ – in the music video for her and Kid Cudi’s song from the apocalyptic comedy, ‘Don’t Look Up.’

If Kanye West and Drake’s recent foray into criminal justice reform proved anything, it’s that if you want to tell the world about an important cause, you need that message in the song. Such is the case in Don’t Look Up, Adam McKay’s dark comedy about a comet heading straight to earth – and those in power who’d rather the public just ignore it. Enter Ariana Grande as pop diva Riley Bina, who performs “Just Look Up” in film, released to a limited theatrical run today (Dec. 10) and will hit Netflix on Dec. 24. In “Just Look Up,” Ariana performs the song in front of a massive crowd, telling them, “Just look up / There is no place to hide / True love doesn’t die / It holds on tight and never lets you go.”

Then, in comes Kid Cudi’s character, DJ Chello, whose rap verse seems to imply that there’s drama between his and Ariana’s characters in the film. “And I’m sorry, my love / I’m a heal your heart, I’ll hold it in my hand / Time is oh so precious, we don’t really have much left now / Take my hand, baby, never leave you, Riley,” he raps, per Genius. This leads Ariana to cut to the chase: “Look up, what he’s really trying to say / Is get your head out of your ass / Listen to the goddamn qualified scientists.” 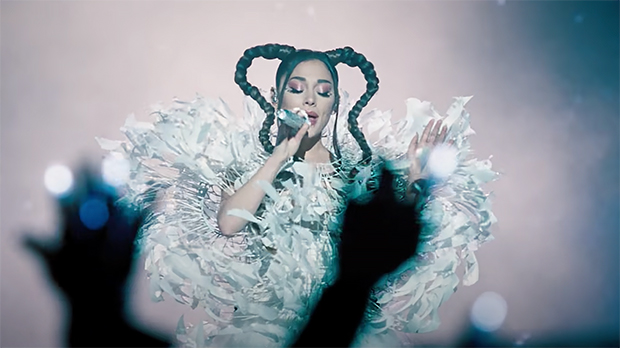 “We really f-cked it up, f-cked it up this time,” she continues. “It’s so close, I can feel the heat big time / And you can act like everything is alright / But this is probably happening in real time.” In Don’t Look Up, Kate Dibiasky (Jennifer Lawrence) and Dr. Randall Mindy (Leonardo DiCaprio) are two low-level astronomers who discover a comet is on a collision course with earth. However, they face a corrupt and indifferent president (Meryl Streep), and an increasingly distracted populous that seems more likely to look down at their phones than up at the sky. 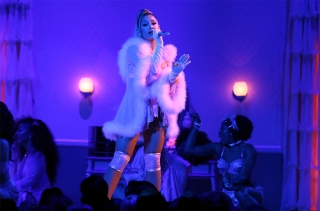 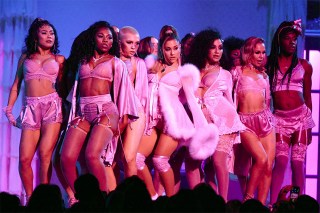 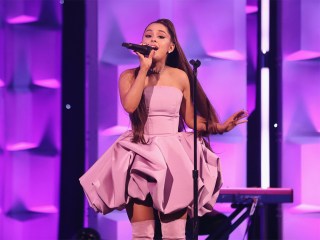 Early reviews for the film have been so-so – 12 positive, 16 mixed, and four negative, per Metacritic – but whether or not that impacts Ariana and Kid Cudi’s chance at an Oscar nomination for Best Original Song remain to be seen. “Just Look Up” was co-written by Grande and Cudi, as well as Academy Award-nominated / Emmy winning composer Nicholas Britell and Oscar-nominated songwriter Taura Stinson. The soundtrack also features “Second Nature,” a new song from Bon Ivor.