At just 22, Sue Nattrass began her career doing the lights for Barry Humphries’ first ever one-man stage show in 1962. No one would have predicted it at the time, but Nattrass would go on to become Australia’s first female production manager and lighting designer, and then the first woman to be appointed artistic director of the Melbourne International Arts Festival. She died in Melbourne on Saturday, aged 81. 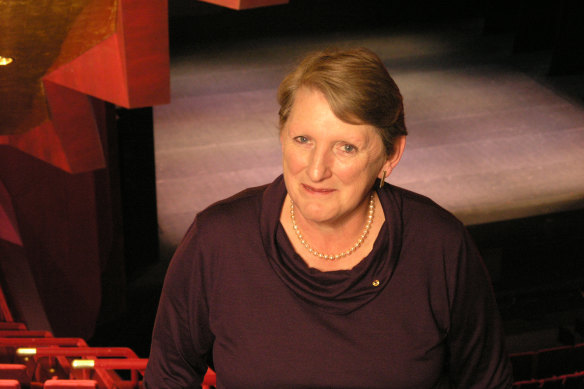 “I enjoyed it a lot but I had a hell of a lot to learn,” she said in March this year, adding that she was one of the first women in the world to head up such an organisation. “That’s one of the lovely things about the Arts Centre, if you are lucky enough to get a job, if you are clever you will carry it through for the rest of your life and that’s certainly what happened to me.”

Describing Nattrass as a “trailblazer for women in the arts and art itself,” Victoria’s minister for creative industries Steve Dimopoulos said: “Her contribution to the arts in Victoria was immense, and we are a different and better place for her being here. Vale Sue Nattrass, thank you for everything.”

Martin Foley MP, a former minister for creative industries, added: “Sue was a trailblazer in so many ways. She led the way for women in the arts and cultural landscape of this nation. She was an inspiration. She will be greatly missed.” 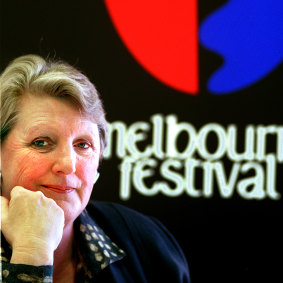 As artistic director of the Melbourne International Arts Festival in 1999.Credit:Michael Rayner

Arts Centre Melbourne also paid tribute, saying she was tenacious, determined, kind and generous, as did the MTC, who said she provided leadership, mentorship and support to many. That message was echoed in social media, where many women thanked her for her support and encouragement in the male-dominated industry.

In 2000, she joined Melbourne-based Millmaine Entertainment as executive director, producer services, consulting to a range of arts organisations. During this time, she was called on to serve as interim CEO and artistic director for the floundering 2002 Adelaide Festival of the Arts.

Nattrass was president of Live Performance Australia executive council from 1995 until 2003, and served on the boards of the Tennis Centre, AAMI stadium and the Melbourne Football Club. In 2002, she was appointed an officer of the Order of Australia for her contribution to the arts.

She grew up in the Wimmera near Horsham and went to Korowa Anglican School, where she performed in several school productions. While studying commerce at Melbourne University, she tried acting at the fledgling Union Theatre Repertory Company – today’s Melbourne Theatre Company – but found herself more interested in working front-of-house or behind the scenes.

The annual Sue Nattrass Award, given by Live Performance Australia as part of the Helpmann Awards, honours exceptional service to the Australian live performance industry shining a spotlight on people in service roles in a field which may not enjoy a high public profile.

Nattrass helped raise her nephew, Tobias Pond, together with her sister Kay. She is survived by him and her surrogate granddaughter, Persephone.