SHARP-EYED shoppers have spotted a glitch that can save more than £10 on the price of stamps from Asda.

A code for getting money off grocery shopping from Uber Eats has worked for several people when they purchased postage from the supermarket too. 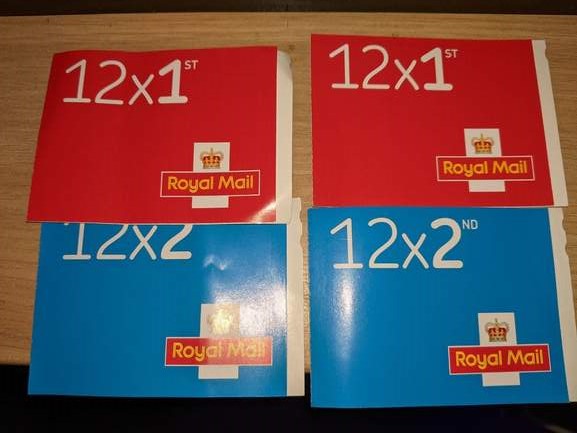 Stamps are often exempt from these kind of promotions too, as they have set prices that are fixed by Royal Mail each year.

It's very rare to get a discount on stamps and that's why you'll often see people rushing to beat the annual stamp price rise, buying up supplies for the year ahead at the lower price.

But several shoppers have successfully used an UberEats discount code giving 60% off grocery shopping to buy up books of stamps.

How to find price glitches

IT’S a fine art to hunt out price glitches and discounts.

That’s why The Sun previously spoke to self-confessed Durham “Del-Boy” Shaun Grey, who set up the UK Coupons Deals & Cashback Facebook group, to get some tips.

He reckons you could save thousands every year by doing the following:

It means they could get stamps worth around £37 for just £25 from Asda.

Unfortunately the glitch which made stamps eligible appears to have been fixed now and the promo code can't be used to buy postage anymore.

The glitch was shared on the website hotukdeals where one user spotted the deal worked for stamps bought from Asda.

They said: "I was looking at this Uber Eats deal from yesterday and I noticed they did stamps on the 60% discount deal (if you use Asda)."

"You can use the GB4GOLD60 twice so you can get 24 stamps of each for around £25 compared to the £37 you normally would pay for them at the store."

The discount did not apply to delivery and service fees which are charged by Uber Eats for getting the goods to your door, how much depends on location.

The user shared a screengrab showing they had a book of each class of stamp from an Edinburgh Asda in their Uber Eats basked totalling £13.56.

They added that they were "almost sure this is a mistake from Uber and will be corrected".

Sure enough, that appears to be the case – but not before other shoppers managed to bag the cheap postage too.

One shopper said "thanks just delivered [a] bargain" and another posted "nice find".

Another lucky shopper who was able to take advantage of the glitch showed that they saved £13.04 using the promotion for Asda in Newport.

Not all shoppers were quite so lucky though.

Some were unable to find stamps at their nearest Asda store through Uber Eats and others were not eligible for the promotion.

We've reached out to Asda for comment and will update when we hear back.

Earlier this year Asda shoppers snapped up a three-seater sofa worth £375 for only a tenner in a price glitch.

M&S shoppers also snapped up a £129 footstool for £1 after a glitch saw the price dramatically reduced.

A Group of Chinese students were jailed for fraud after they exploited a KFC mobile app glitch to get UNLIMITED free chicken.