Australian of the Year Grace Tame has described for the first time how being sexually abused as a child made her later fall into a series of violent relationships as she issued an urgent call for a drastic upgrade of education for children about respect and consent.

“We really need to be having the conversations as early as possible with our children who are our future about respectful behaviour, about consent,” said Ms Tame, who became an anti-abuse campaigner after she was groomed and raped by her 58-year-old maths teacher from the age of 15. “Because this is just, this is just awful.”

“I lived with a man who used to punch holes in the walls, spit in my eyes, punch me in the head, choke me, push me to the ground.

“And I can honestly say that ‘responses’ and ‘intervention’ and ‘punishment’ doesn’t really stop the problem in a lot of cases. We really need to be injecting funds and putting our attention on preventing these things from happening in the first place.” 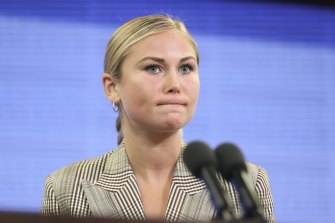 Appearing on Q+A with Ms Tame, prominent Indigenous anthropologist and public intellectual Marcia Langton, backed in her comments, saying she and other experts had found a clear pattern when looking at police data and interviewing women who had survived abuse.

“Young women go into their first intimate relationship, the person is abusive and violent, and they know very little about the situation they’re in,” Professor Langton said. “They’re not able to make decisions, they don’t have enough support and don’t know where to go.

“By the time figure it out, in the cases that we’ve come across, they are maimed, traumatised, damaged for life, lost their children, and then they are targeted by yet another abuser and so you have a pattern of serial abuse.

“There are serial abusers who go from young woman to young woman and they are the most violent people in the community and the police data shows it,” she said.

Like Ms Tame, Professor Langton was critical of diversionary programs for abusive men that focus on anger and healing, saying they allowed abuse to reoccur. She instead praised a Queensland police initiative that tracks men judged to be at risk of abusing multiple women. 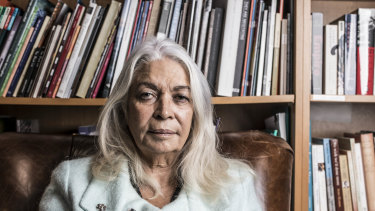 Professor Marcia Langton is one of the country’s most prominent Indigenous academics.Credit:Arsineh Houspian

“I think law enforcement has been able to do is listen to victims and understand that different approaches need to be made in relation to addressing those needs,” Commissioner Kershaw said. “And that’s why for us now, in sexual assault and domestic violence, the victim often drives the process.”

The discussion came against the backdrop of the federal government’s women’s safety summit, which is scheduled to begin on Monday.

That too drew fire from Ms Tame, who said the solutions were already evident, arguing that the Coalition had failed to address what she said was sexism within its own ranks.

Women’s Safety Minister Anne Ruston said the summit would hear from a wide range of people with an emphasis on victims and survivors as the government works on the next national plan to address violence against women. She said there were dedicated consultations with survivors happening ahead of the summit to allow some to give testimony in private.

“You’re right, Grace, we absolutely have to make sure that this is not just a talkfest, that things that comes out of this summit actually deliver the real change you’re talking about,” Senator Ruston said.