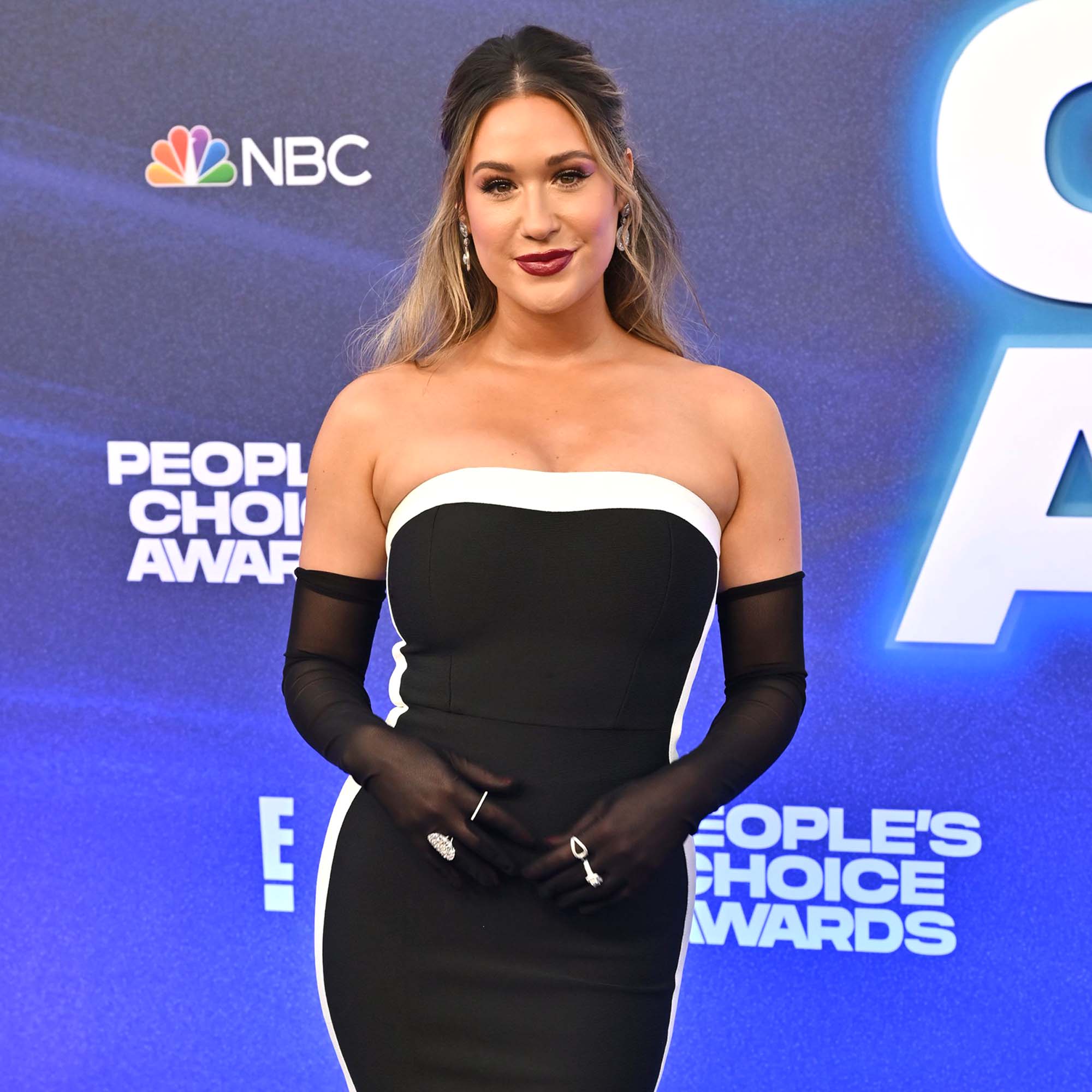 Still figuring things out! Rachel Recchia is dating again — but she isn’t saying if there’s a new man in her life.

“I don’t know! Pure speculation. I don’t know,” the Bachelorette, 26, exclusively told Us Weekly on Tuesday, December 6, while on the red carpet at the People’s Choice Awards in Los Angeles after making waves online for posting footage of a man with a tattooed arm earlier this month via Instagram Stories.

The pilot added that she and fellow Bachelorette Gabby Windey are “definitely both open to dating” after their romances on the ABC reality show didn’t work out.

Recchia explained that while she didn’t find true love on reality TV, the experience helped her learn what she really wants in a partner. “I feel like I’ve grown so much,” she told Us. “I had to watch myself make so many mistakes on the show, which I’m glad and I did learn from. I’m taking all those lessons into my new dating life and figuring out what I really want.”

The flight instructor appeared alongside Windey on season 19 of The Bachelorette earlier this year, but neither met their future husband. Recchia got engaged to Tino Franco during the finale, but he later confessed to cheating on her after his proposal was filmed. The Bachelor alum confronted the general contractor, 28, about their split in September during After the Final Rose.

“There is no excuse for what you did. You broke my heart,” Recchia told him. “I don’t understand, like, you are literally still running in circles. We are up here and nothing is making sense to me still.”

Former ‘Bachelor’ and ‘Bachelorette’ Leads: Where Are They Now?

Her runner-up, Aven Jones, took his chance to ask if she’d like to “get out of here and just catch up.” Recchia told her former suitor that she would “love nothing more.”

In October, Recchia said she was “definitely open” to reconnecting with Jones, 29, but she hinted that she wasn’t quite ready to date at the time. “I just got back to L.A. from everything that happened [on the] show — New York, I was in Vegas,” she explained during an episode of Kaitlyn Bristowe‘s “Off the Vine” podcast. “So, I think we’re both kind of just going to see where it goes — if it goes anywhere.”

The Chicago native is looking for love outside of Bachelor Nation. She went on a successful date with a “random person” who slid into her direct messages, she explained on the November 8 episode of the “Bachelor Happy Hour” podcast with Michelle Young and Becca Kufrin.

Recchia also joked that she initially had trouble adjusting to dating outside the world of the reality franchise. “I don’t know how to date not on a camera,” she quipped. “I’m like, how do you date outside of sitting down and being like, ‘Tell me everything about your life right now in this next five minutes — go!’ … Do I give him a date card? Do I say, ‘Meet me at the coffee shop, XO, Rach?’ What do I do?”

Bachelor Nation Couples Who Have Split in 2022

Like her co-lead, Windey, 31, is also single. She split from her fiancé, Erich Schwer, in November She was competing on Dancing With the Stars at the time, and fans couldn’t help but notice sparks between her and competitor Vinny Guadagnino. She and the Jersey Shore star, 35, are just friends — for now.

“It’s so funny,” the nurse exclusively told Us of fan reaction to her and Guadagnino’s relationship. “You know, we just met on Dancing With the Stars and kind of formed a friendship, so it’s just playful banter for right now, but we’ll see.”

With reporting by Hannah Kahn