On the night Peter Giannikopoulos made his debut on Tayshia Adams' season of The Bachelorette, the suitor took to Instagram to share he'd tested positive for COVID-19 and been in a car crash. 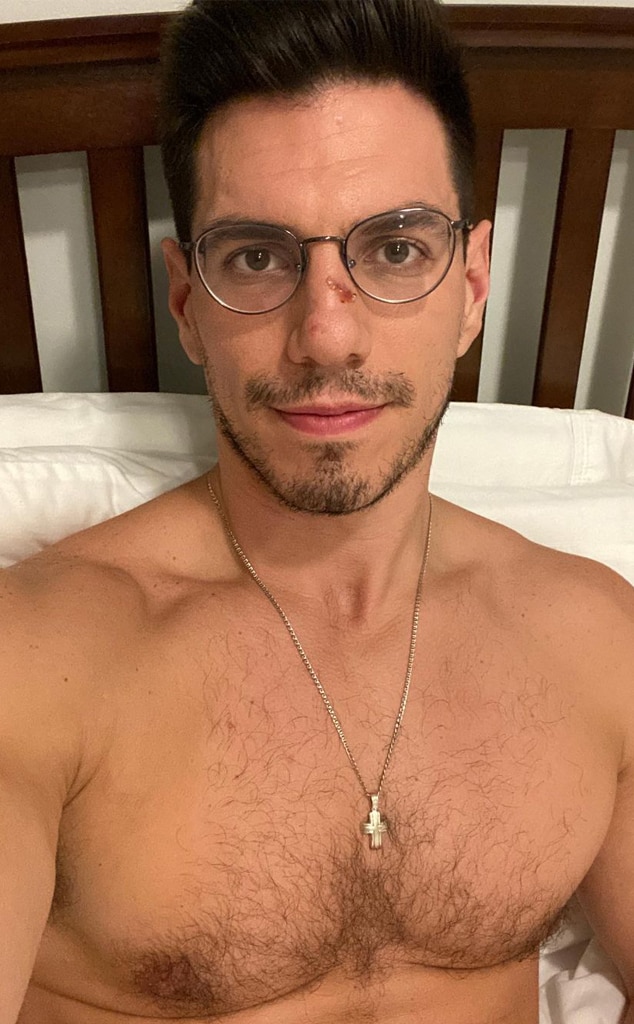 It's been a difficult time for The Bachelorette's Peter Giannikopoulos.

On the same night he was introduced as one of Tayshia Adams' new suitors, the real estate advisor took to Instagram to share why the past 24 hours have "truly been some of the hardest" of his life.

Giannikopoulos explained he tested positive for coronavirus on Monday, Nov. 9.

"I am going through a lot of emotions at the moment with so many thoughts in my head as to how this happened," he wrote in a post shared Tuesday, Nov. 10. "I felt lousy for a few days but didn't believe I would contract the virus when I have been wearing a mask in public, washing and sanitizing hands regularly, and following social distancing protocol during work. This is an example no matter who we are or what we do, we are all vulnerable."

While Giannikopoulos was driving home from the clinic, his anxiety "started to get the best" of him.

"As a result of the anxiety, I lost consciousness behind the wheel and my car went off road through a guard rail and hit a pole," the Boston contestant continued. "The air bag deployed, driver side door was wedged in, broken glass everywhere, and I was 5ft away from smashing into a building. All I remember was waking up to people shouting for help, as I was in a deep daze and confusion. I didn't know where I was, how I got there, or what happened."

Luckily, Giannikopoulos emerged with "only a small gash" on his nose. He is now in a two-week quarantine. "Truly a blessing," he added, "as I am a firm believer I had angels watching over me."

He then sent a message to his followers. "Covid is something we all need to face head on and stay positive during these times," Giannikopoulos wrote. "We can't run away from it nor pretend it does not exist. It creates immense anxiety as a result of me losing consciousness behind the wheel. In moments like this, lean against each other for support and positivity."

"Although my symptoms are evident, I am going to fight this and win," he noted. "I understand so many lives have been impacted and my heart goes out to every single person affected. It's okay to be nervous, anxious, and feeling uncertain, but just remember we are all in it together."

Trista Sutter Says Producers Had Storylines for Her Bachelorette Party

Inside the Truly Bizarre Aftermath of Brittany Murphy's Sudden Death

Jason Momoa Was "Completely in Debt" After Being Killed Off GOT

Giannikopoulos was one of the four new men introduced to viewers during the Nov. 10 episode of The Bachelorette. He stepped out of the limo along with Montel Hill, Spencer Robertson and Noah Erb and introduced himself to Adams.

Adams took over the rose distribution duties from Clare Crawley, who left the show after she found love with suitor Dale Moss.