‘Imagine all the famous bottoms that have sat on it!’ BBC Breakfast’s Jon Kay tracks down the original red sofa from the programme’s 1983 launch – as the show celebrates 40 years on air

The presenter tweeted that he’d made it his mission in recent weeks to see if he could find the red leather sofa – which presenters of the time said possessed an ’embarrassing squeak’ – that was first used when the show aired on January 17th 1983.

And, as the show celebrated its 40th anniversary programme today with a TV cake, the presenter, alongside co-host Sally Nugent, revealed he’d managed to track down a one-seater segment of it – in a former star of the show’s home. 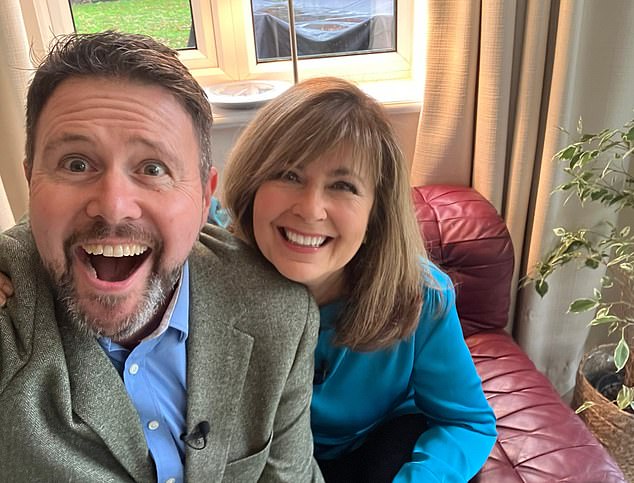 Current presenter Jon Kay has made it his mission to try and track down the original red sofa that was used when the programme – then known as BreakfastTime launched in January 1983 – and revealed today that former host Debbie Goodwin, right, still owns a section of it

Debbie Goodwin, who presented the show from 1983 until 1986, revealed that she was gifted the sofa when she left – and says she’ll never part with it, although it does reside in her spare room most of the time.

After Kay visited her home to film a story on her historic furniture, she told BBC Breakfast this week: ‘That sofa changed my life. I’d never get rid of it. Imagine all the famous bottoms that have sat on it!’

Kay explained in a thread on Twitter how he came to track down the famous piece of furniture, writing: ‘This is what I wanted to find… The red leather sofa from the very first edition of #BreakfastTime (as it was called back then).

He said that while other sofas had ‘come and gone’, ‘that first red one pretty much set the tone for decades of BBC breakfast television’. 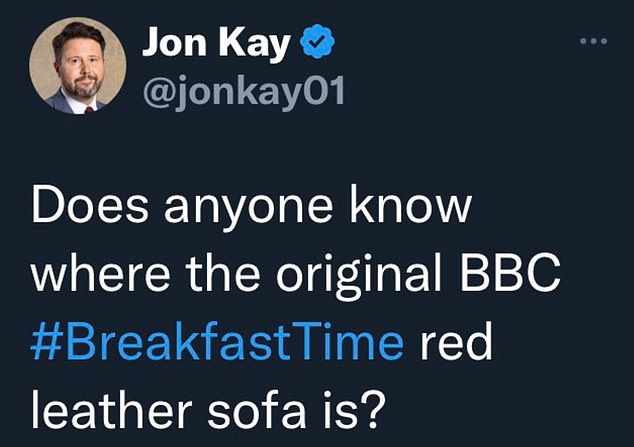 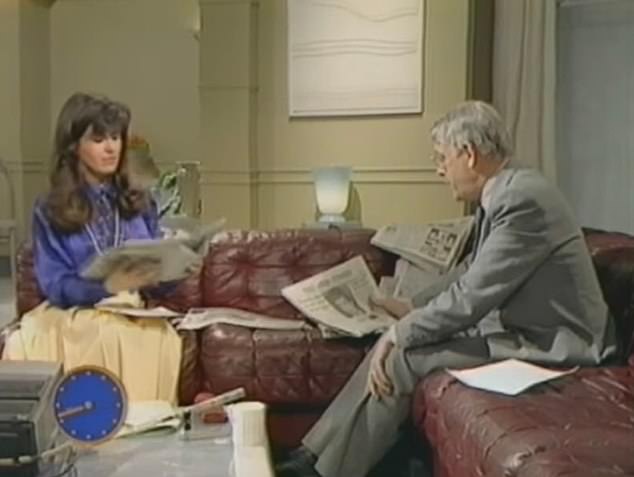 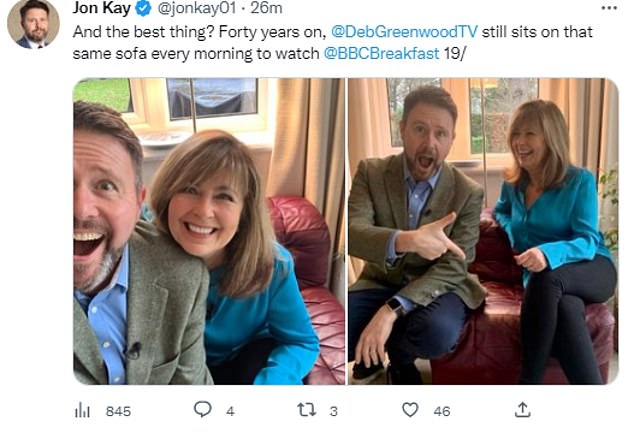 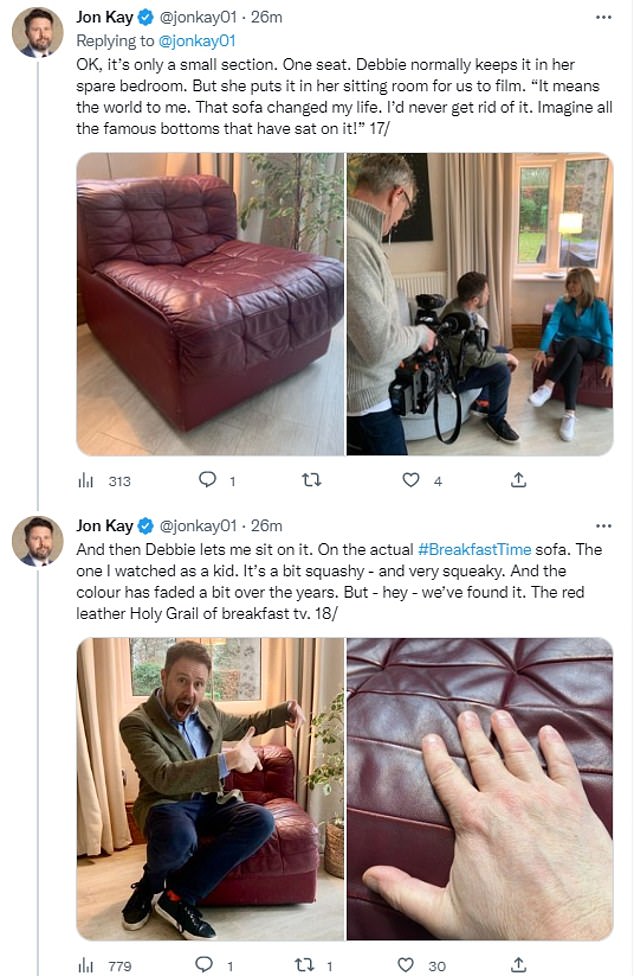 The sofa used on the current show is a curved fabric sofa in a more vibrant shade of red than the original.

The celebrations to mark the show’s big birthday saw past and present hosts of the show sit on the latest red sofa, including Debbie Rix, Francis Wilson and Russell Grant who were there at the show’s launch, and Naga Munchetty and Charlie Stayt.

Kay and co-host Sally Nugent presented in front of the original sun logo that was used on BreakfastTime in 1983.

A cake in the shape of a box-style television, which most households would have had in their home in 1983, was presented to the hosts, with the logo of the original show adorning the screen. 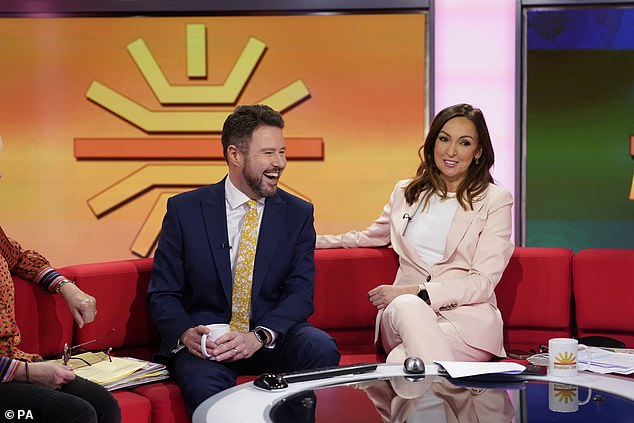