For the love of music! Blake Shelton is releasing his “surprise” wedding song, which he wrote for wife Gwen Stefani and originally performed at their July nuptials.

“As soon as I knew that that’s what we were going to do, [writing our own vows], I started trying to write a song because that’s kind of the opposite of what she would have expected me to do,” Shelton, 45, said during the Thursday, July 29, episode of the Storme Warren Show on SiriusXM’s The HighwayCause. “I’m to the point where I just don’t write that many songs anymore. It’s just like pulling teeth for me and something she’s always on my case about.”

The country crooner, who married Stefani, 51, last month at his Oklahoma ranch, noted that he wanted the song to be something that was “bigger” than just that moment. He enlisted the help of Craig Wiseman so he wouldn’t be “embarrassed” by what he performed. 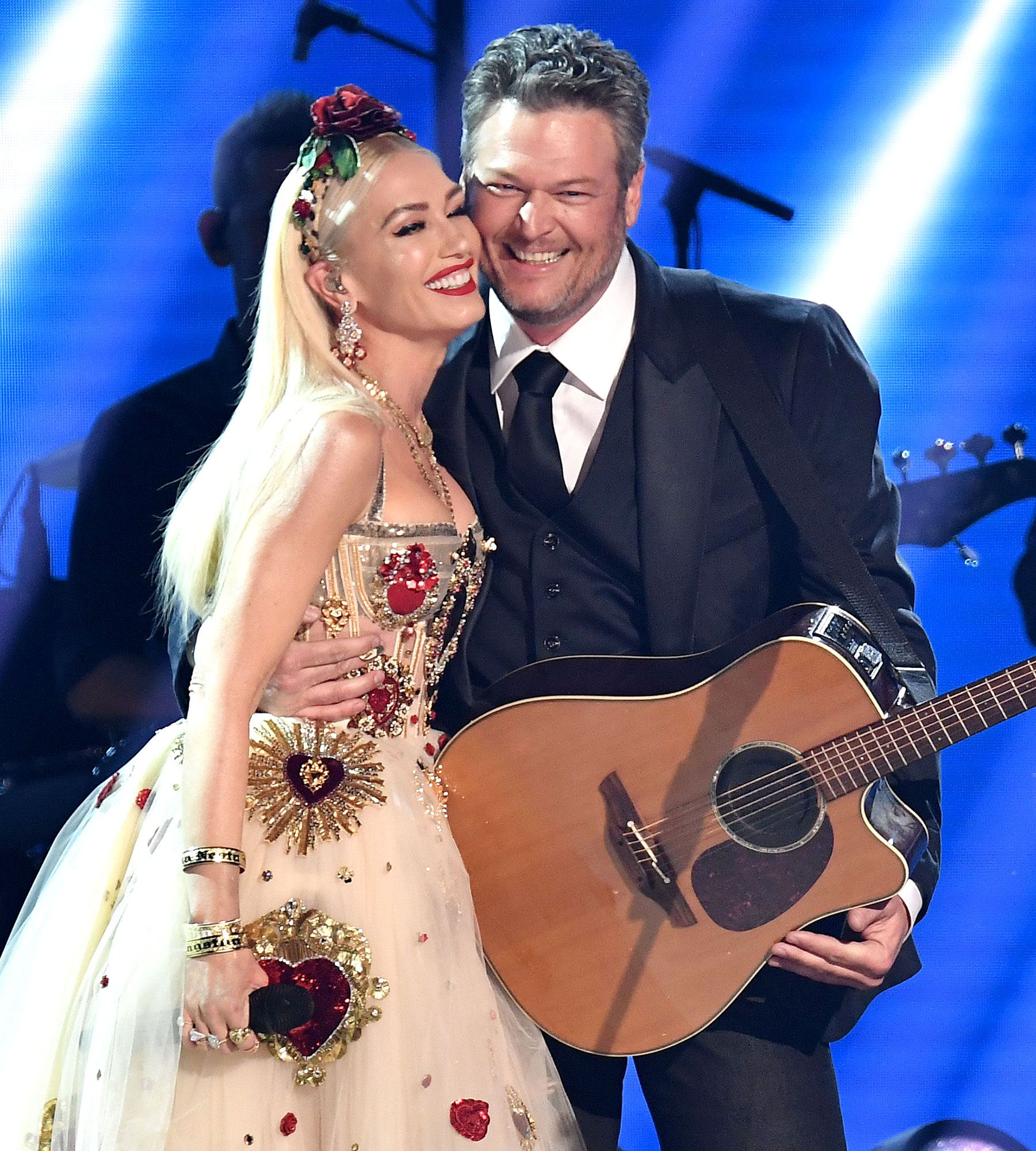 “I wanted something broad, but also specific to Gwen. And so that’s what I did. She didn’t know I was going to do that. And so I surprised her with the song,” Shelton continued. “And we actually just recorded the song here in Nashville yesterday. I don’t know what, or when we’re going to do something with it.”

The “God’s Country” singer doesn’t have an exact plan as to when he will release the sentimental track, but he knows he wants the world to hear it.

Celebrity Weddings of 2021: See Which Stars Tied the Knot

“I think it’s something I want to share because I’m really proud of it. To me, a marriage, a ceremony, is — you’re not keeping [love] private. When you get married to somebody, you’re announcing to the world, ‘Hey, this is my wife, just so everybody knows,’” Shelton said. “That’s why we wear these rings. We’re together now.”

He added: “And I feel that way about the song. For me, [it’s] something that I want people to hear because I’m proud to be married to Gwen and so proud of that song.”

Us Weekly confirmed in November 2015 that The Voice coaches were dating after meeting on the NBC singing competition. Five years later, they announced their engagement.

The “Hollaback Girl” singer gushed via Instagram last month that “dreams do come true,” sharing photos of the pair’s country wedding, which took place on July 3.

A source exclusively told Us at the time that Stefani’s brother walked her down the aisle and her three sons — Kingston, 15, Zuma, 12, and Apollo, 7, whom she shares with ex-husband Gavin Rossdale — were part of the ceremony.

“Blake and Gwen both were emotional,” the insider said. “Blake had tears in his eyes reciting his vows to Gwen and upon seeing her in the chapel he built for their love.”

Carson Daly, who officiated the intimate affair, described the wedding on Today later that month, revealing there wasn’t “a dry eye in the house” after Stefani said her vows.

When it came to Shelton’s vows, the singer shocked everyone with his song, which The Voice presenter, 48, called a “highlight” of the event.

“The best way to describe it is it was perfectly them — the whole weekend and the marriage itself,” Daly added. “It was as elegant and refined and cool as Gwen is, and it was as country and down-home and fun as Blake is.”