Bride, 28, kills herself after fearing that her wedding to ‘possessive’ fraudster convicted of £12 million insurance scam was a SHAM and hearing that he was still married to his wife

A young woman who was in a turbulent relationship with a convicted fraudster took her own life after she feared that her marriage had been a sham.

An inquest held in June concluded that Daniela Stepien, who lived in Burnley but was originally from Poland, had taken her own life after being found dead at her home on August 8 last year.

The hearing also considered evidence concerning her would-be husband ‘Jonny’ who allegedly lived a double life with his two different wives, spending the days with his wife, and the nights with Daniela.

Known by his aliases Jonny or Raja Rez, 41, and formerly known as Rezwan Javed, he was jailed with his brother Rehan Javed after a £12m insurance fraud case in 2010, one of the biggest the UK has ever seen. 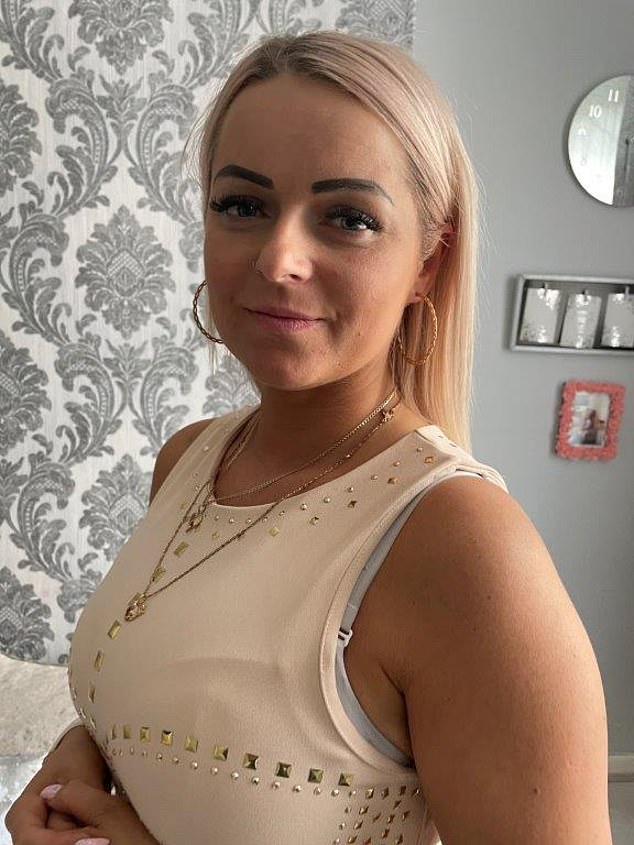 Daniela Stepien, 28, who lived in Burnley but was originally from Poland, was found dead by suicide on August 8, 2020 after she  feared that her marriage had been a sham

Assistant Coroner Michael Williams heard evidence that Jonny had been violent towards 28-year-old Daniela, used her home to grow cannabis plants in, and stolen money from her.

Daniela’s sister, Samanta, has spoken for the first time of the family’s heartbreak.

Mum of one Samanta, 30, from Nelson, Lancashire, says: ‘My sister was beautiful, hardworking and intelligent. She had her whole life ahead of her yet Jonny controlled her and broke her down until she was a shadow of the person she had been.

‘It was so painful watching her fade away like that. I did my best to make her see what he was, but she was under his control.’

The two sisters, originally from Poland, came to the UK ten years ago and we were very close.

Samanta says: ‘I was two years older, and so Daniela was always borrowing my clothes and make-up; we bickered lots when we were little. But as we got older, we were best friends. We saw each other every day.

‘Daniela was really hard-working, she had two jobs, and she was at college, studying accountancy. She was beautiful, really glamorous. She loved the gym and she liked motorbikes too. 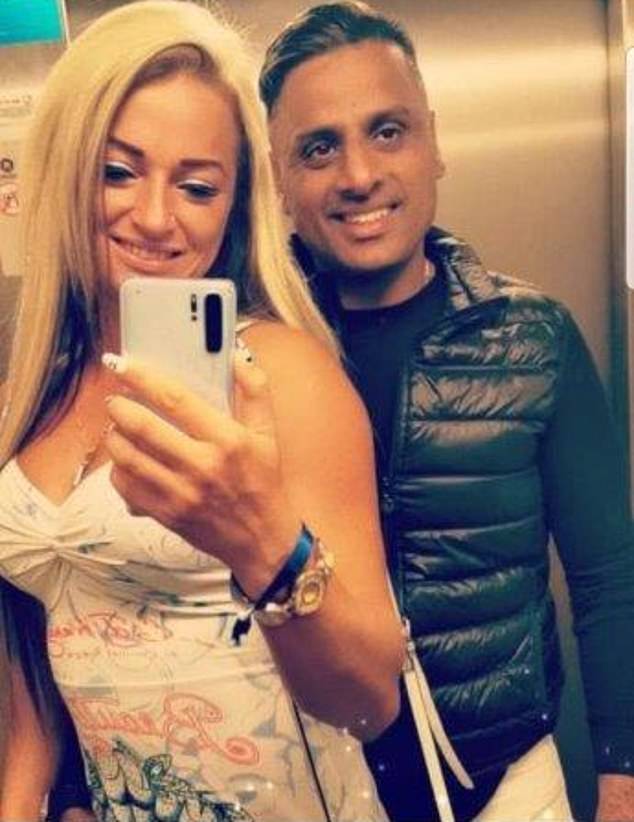 She had been involved in a turbulent relationship with convicted fraudster ‘Jonny’ or Raja Rez, 41, (pictured together) who allegedly had lived a double life with his two different wives, spending the days with his wife, and the nights with Daniela 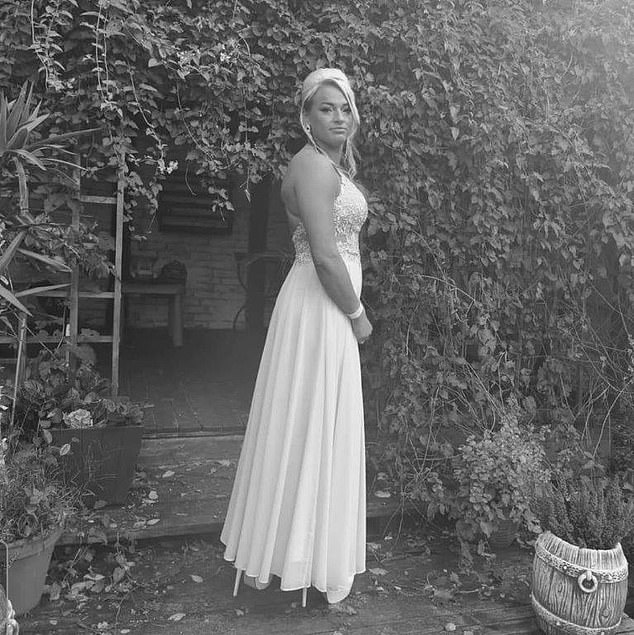 The couple married in November 2019, with Daniela’s sister Samanta, 30,  saying it was ‘a bizarre day’ with no celebrations afterwards and said ‘Jonny’ used a different name on the register 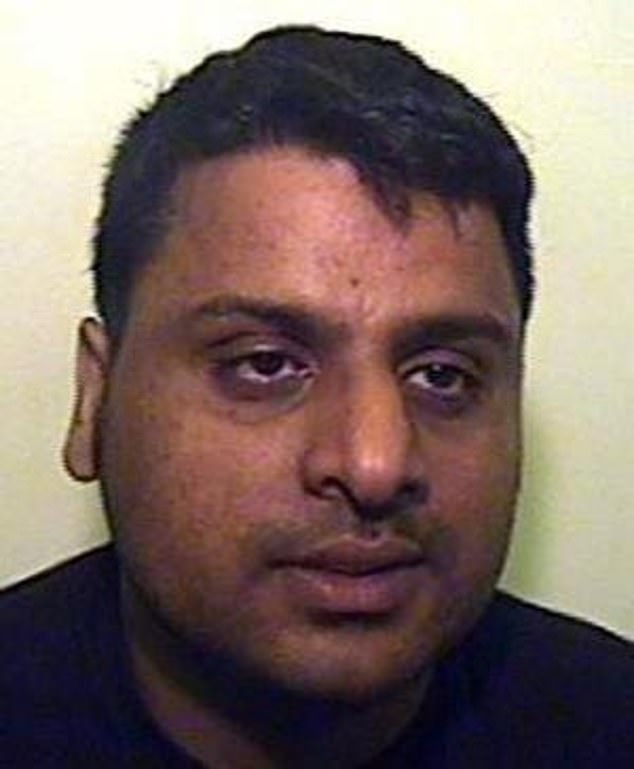 ‘Jonny’, who was formerly known as Rezwan Javed, had been jailed with his brother Rehan Javed after a large scale £1m insurance scam in 2013, and was ordered to pay back £156,000. Pictured: Police handout of Rezwan Javed or ‘Jonny’

In October 2019, Daniela met Raja Rez, known as Jonny, who was thirteen years her senior.

Samanta says; ‘I had doubts about Jonny immediately. He seemed very possessive, he was obsessed with her, but he was really quite rude to me.

‘Daniela couldn’t see it. She was very emotional, she followed her heart, and she was desperate to settle down and have a family. She really wanted children. She thought Jonny would give her all that.’

The couple moved in together at the end of 2019, and Jonny worked long hours every day. 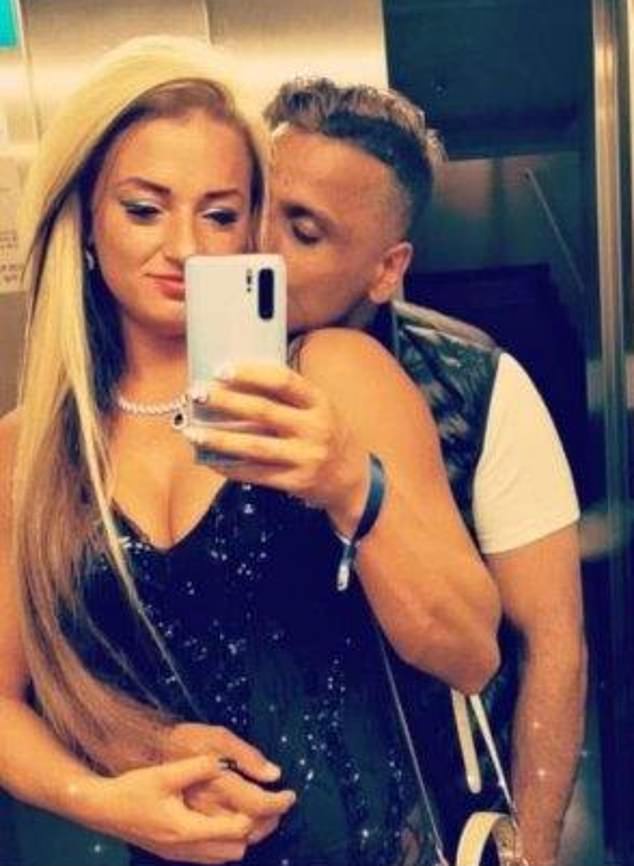 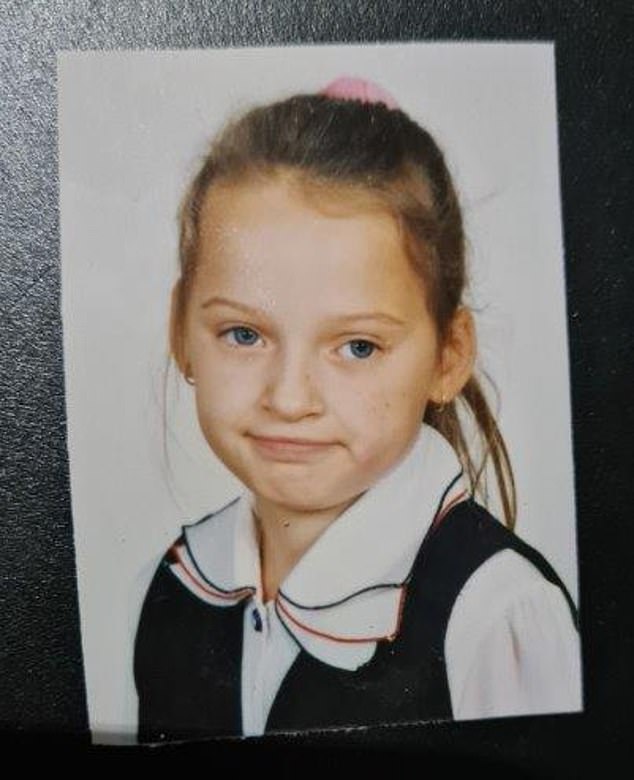 The two sisters, originally from Poland, came to the UK ten years ago and we were very close and saw each other every day (pictured, a young Daniela) 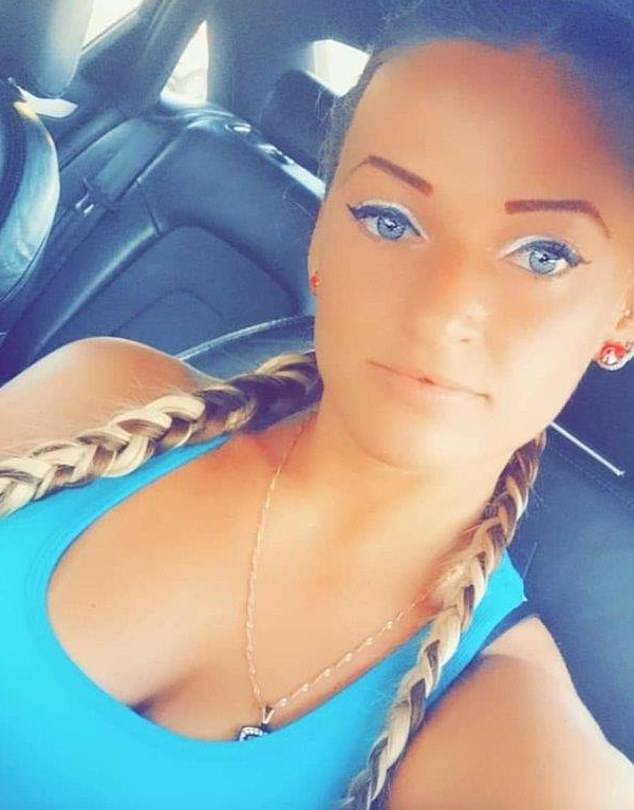 Her sister said Daniela was really hard-working, she had two jobs, and she was at college, studying accountancy with her whole life ahead of her 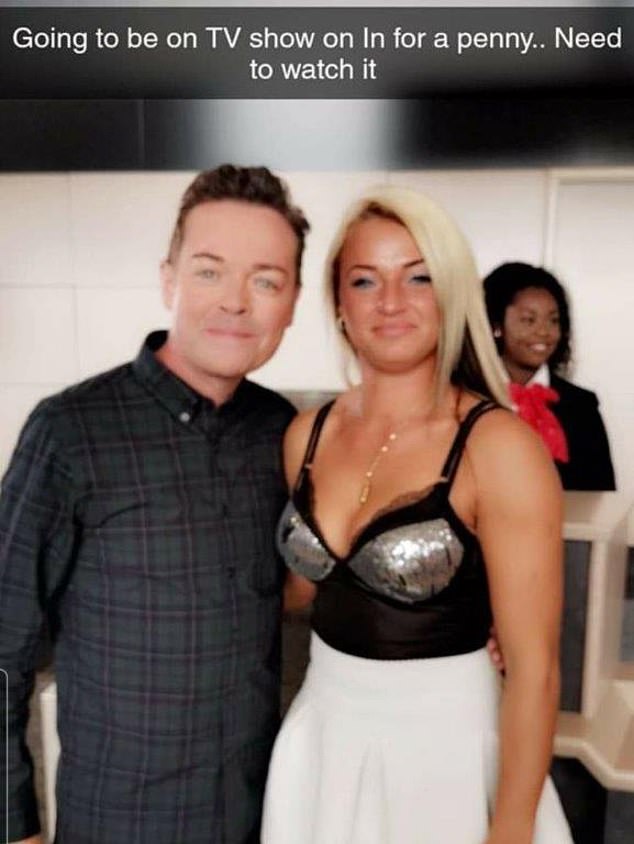 Samanta revealed her sister had been on the TV game show, ‘In for a Penny,’ hosted by Stephen Mulhern (pictured with Daniela) saying, ‘She loved that. She was full of fun.’ 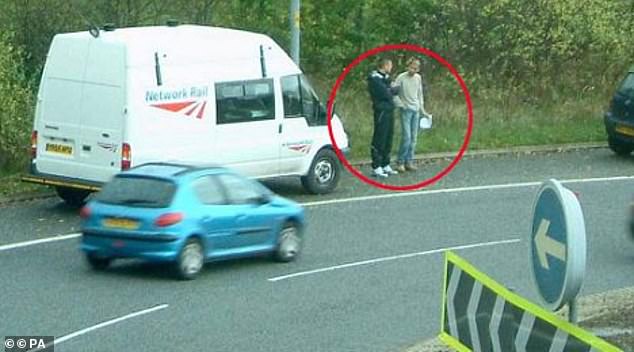 Driver Mohammed Patel, circled, speaking to an innocent driver after a fraudulent crash at the same roundabout where a number of incidents took place as part of Rezwan and Rehan Javed’s insurance scam

Samanta said: ‘Friends told me Jonny was already married, but he convinced Daniela that he was separated and filing for divorce. Jonny was planning a big wedding, and she was so excited.

Rezwan and Rehan Javed were found guilty in August 2010 of masterminding a ‘crash for cash’ scam that cost the insurance industry up to £12million.

The pair staged road accidents to swindle insurance firms out of huge sums of money, paying drivers up to £500 a time to stage collisions, thereby opening the way for massively inflated insurance claims.

Through their firm, North West Claims Centre, the brothers would create company invoices for car recovery, salvage and car hire and then pass on the costs to the insurance companies of innocent motorists.

The scam netted them hundreds of thousands of pounds and is thought to have been one of the biggest of its kind.

Their scheme was only uncovered after one driver repeatedly used the same roundabout on a busy road to stage collisions.

Workers in an office block overlooking the roundabout recognised him as the ‘victim’ of a number of rear- end shunts and informed the authorities.

‘I tried to talk to Daniela but she resented me criticising Jonny. She was infatuated by him.

‘He bought her jewellery and flowers and he proposed with a beautiful ring. I later found out that his wife had the exact same ring.

‘I also heard that Jonny had no job, but was spending the days with his wife, and the nights with Daniela.

‘Jonny became very controlling, banning her from talking to me and the rest of her family. He took her laptop away and took what she earned, and by now, she had a good job, as an accountant. He caused trouble between us.’

In November 2019, the couple were married.

Samanta says: ‘I did Daniela’s hair and make-up for her, before the wedding. We were supposed to be having an Islamic ceremony and then a big party, all organised by Jonny.

‘Jonny took us to a house in Manchester for an Islamic wedding. And when it came to him signing the register, he wrote a different name.

‘We thought there would be celebrations afterwards, but nothing happened. It was a bizarre day. Daniela was putting on a brave face, but I knew she was really upset.’

Daniela suffered two miscarriages after her wedding and Jonny continued to control her. In April 2020, she heard he was still living with his wife, and she threw him out.

Samanta says: ‘I went with her to confront him because she was scared and he was very aggressive, he screamed in my face and when I stood up he went to hit me.’ 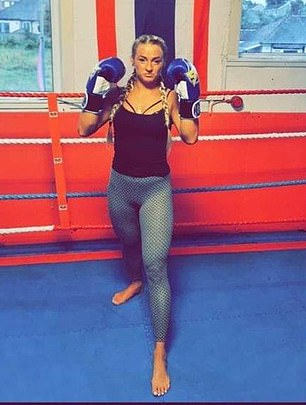 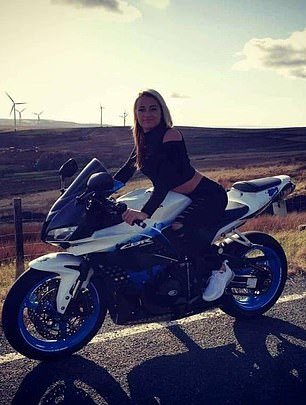 Daniela loved the gym (pictured left) and she liked motorbikes too (right), but her sister said she watched her become ‘a shadow of the person she had been’ under Jonny’s control 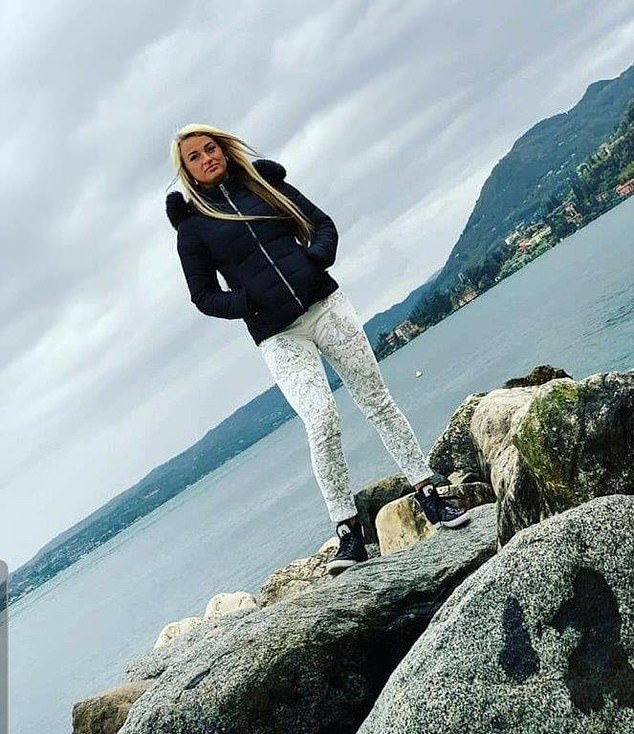 In April 2020, Daniela heard Jonny he was still living with his wife, and she threw him out but he found his way back into her life by July

Daniela seemed to cope well with the split, she bought a new home and concentrated on her job. But by July, Jonny had found his way back into her life.

Samanta says: ‘He took money from her, he brought cannabis plants to her home, he was abusive to her. She wanted him to leave but he controlled her completely. I was so frustrated with her; we all were. We could see something bad was going to happen.’

In August 2020, Jonny left Daniela yet again, having promised to reconcile with her. Afterwards, she took her own life. 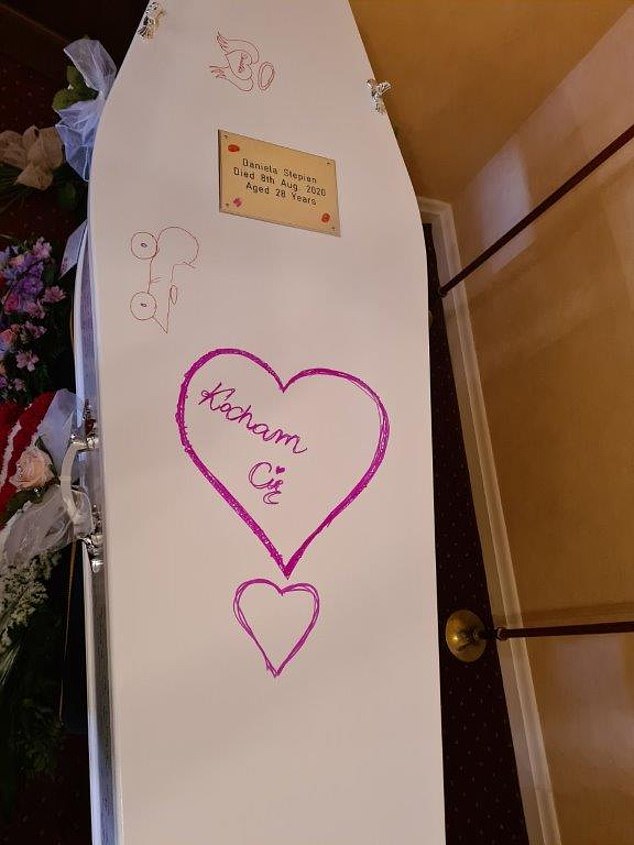 In August 2020, Jonny left Daniela yet again, having promised to reconcile with her. Afterwards, she took her own life

Samanta says: ‘I got a call from dad, who found her body. It broke my heart but at the same time, this was what I had dreaded all along.

‘The police came and wanted to talk to Jonny. We haven’t seen or heard from him since.

‘We held her funeral, without him. We had a motorbike procession; she would have loved that.’

Giving evidence at an inquest last month, DI Paul Langley said although they were satisfied there was no third party involvement in Daniela’s death, police were still eager to speak to Jonny, or Rezwan Javed. 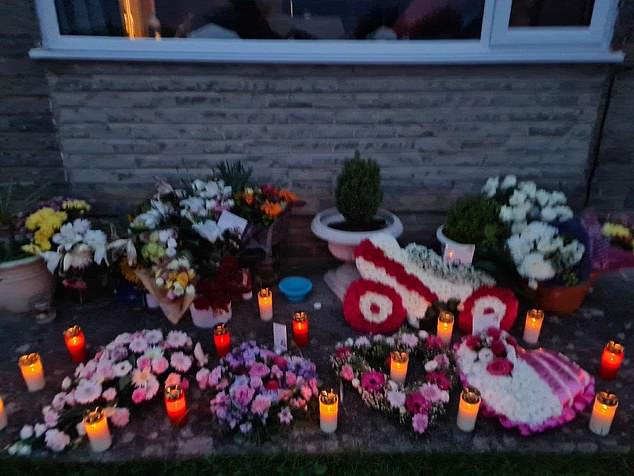 After her death, neither her family or the police have heard from Jonny (pictured, flowers left in memory of Daniela) 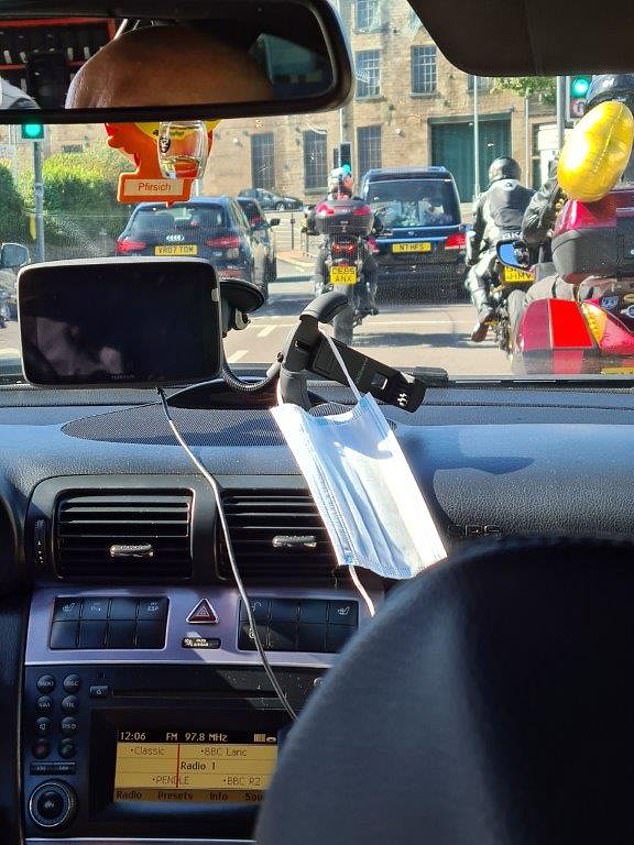 He said: ‘Mr Javed changed his name to Raja Rez when he was released from prison but also went under the pseudonym of Jonny.

‘Him and his brother were convicted over a large scale insurance scam, which was one of the biggest in the UK, and under the proceeds of crime act he had to pay back £156,000.

‘Following Daniela’s death we tried to speak with Jonny but could not locate him. His father said he didn’t know where he was and his brother was very hostile towards us.

‘We put markers on him on the police national database, as we still would like to interview him about what happened, because we were unable to access Daniela’s phone to read messages sent between them before her death, but so far he has not been located.’

Coroner Mark Williams said: ‘There were no problems in Daniela’s life until Jonny showed back up, which her family were not happy about and I can understand why and there were concerns raised during the investigation.

‘Sadly we will never know what was said between them on August 7, but she took the decision to take her own life and died at Royal Blackburn Hospital on August 8.’

A medical cause of death of hanging was offered and Mr Williams recorded a conclusion of suicide.