BBC star set for Hollywood stardom! Marisa Abela, 25, who was urged to ditch a legal career for acting by her soap star mother returns in racy banking romp Industry next week – and she’s been cast in new Barbie film

A British actress who aspired to be a human rights lawyer growing up has ditched the barrister’s wig for Barbie’s blonde locks after being cast in the new movie.

Marisa Abela, 25, described her first day on set alongside Margot Robbie and Ryan Gosling as ‘totally surreal’ – and revealed there is a lot more in store for viewers.

The young actress from Brighton has just finished filming the second series of BBC Two’s Industry but is jumping straight into her new role in Greta Gerwig’s star-studded film.

And as she gets into her new role, which has not yet been revealed, Marisa said she was ‘incredibly excited’ to be cast. 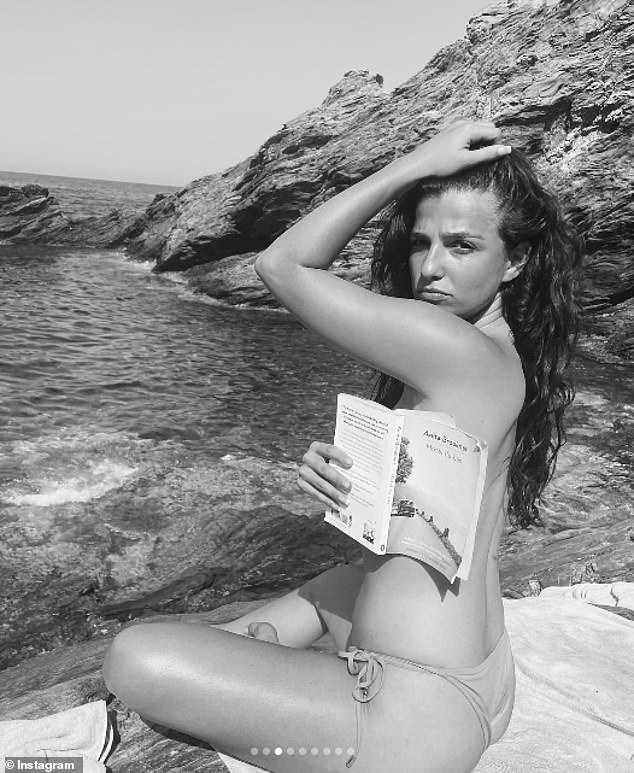 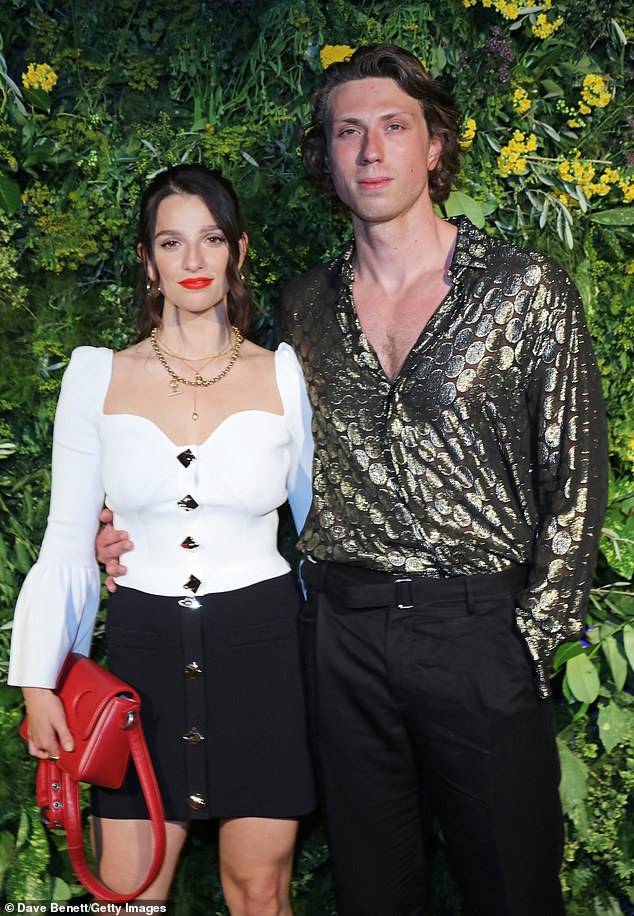 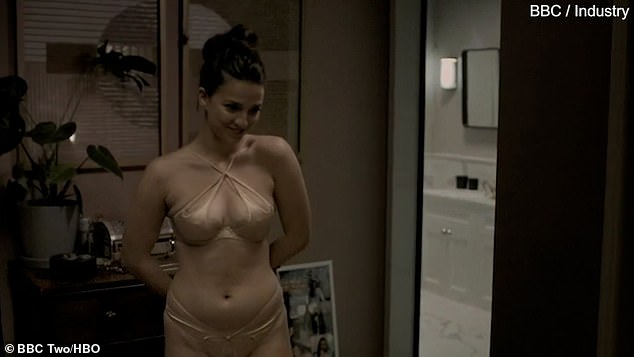 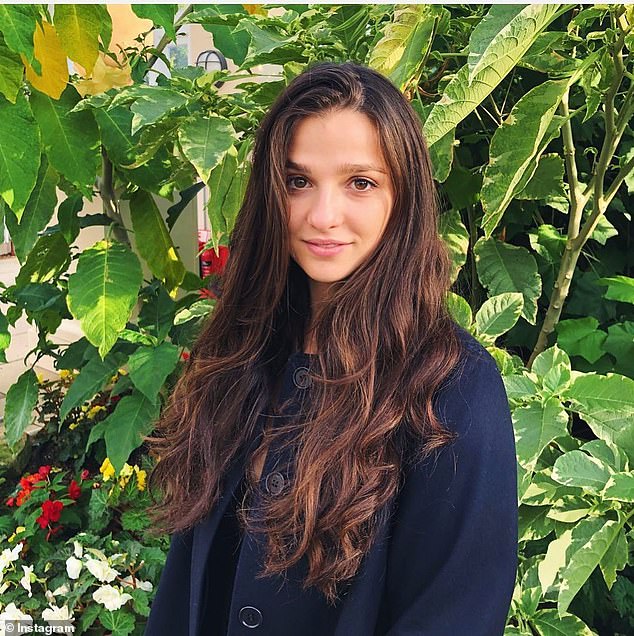 Marisa Abela, 25, from Brighton, has just been cast in Greta Gerwig’s Barbie movie which is set for release in July 2023 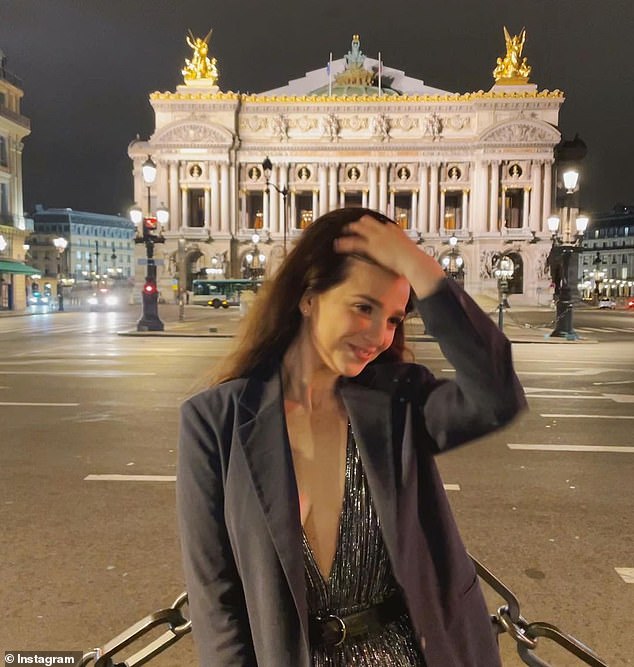 The star, who graduated from the Royal Academy of Dramatic Arts in 2019, is best known for playing Yasmin Kara-Hanani in BBC Two’s Industry

Speaking to British Vogue, she said: ‘I really don’t want to spoil anything for anyone, so all I’ll say is, the photos you’ve seen barely scratch the surface. I see people online freaking out about certain outfits and I think, just wait until you see the rest.’

Starring as Yasmin Kara-Hanani in the BBC Two drama about a group of ambitious graduates at a London investment bank, Yasmin has filmed some steamy scenes with her co-stars.

One clip from the first series of the show sees Yasmin stripping down to her underwear before kissing her boyfriend Seb in bed.

The 25-year-old rising star grew up watching her mother work in television, film and the West End – but according to Marisa, this didn’t particularly encourage her to enter the world of showbusiness.

Instead she was put off the industry, thinking she didn’t have the nerves for it.

‘I think I rebelled against it because I could see it took a lot of gumption and it scared me quite a bit,’ she told Air Mail. 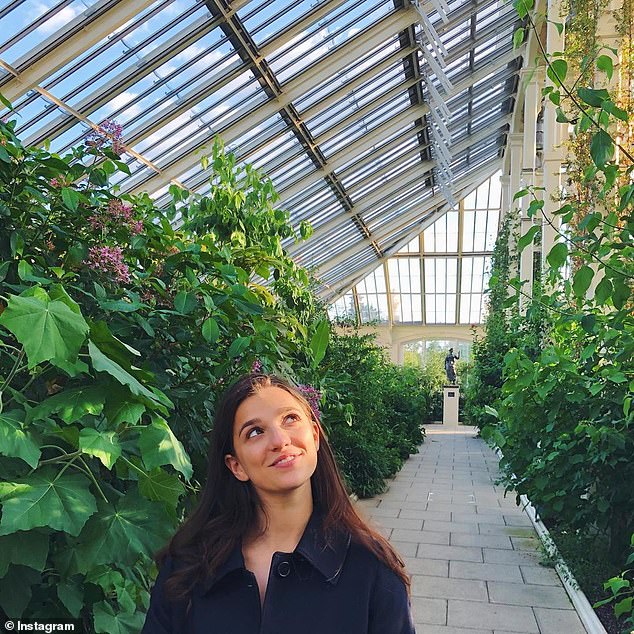 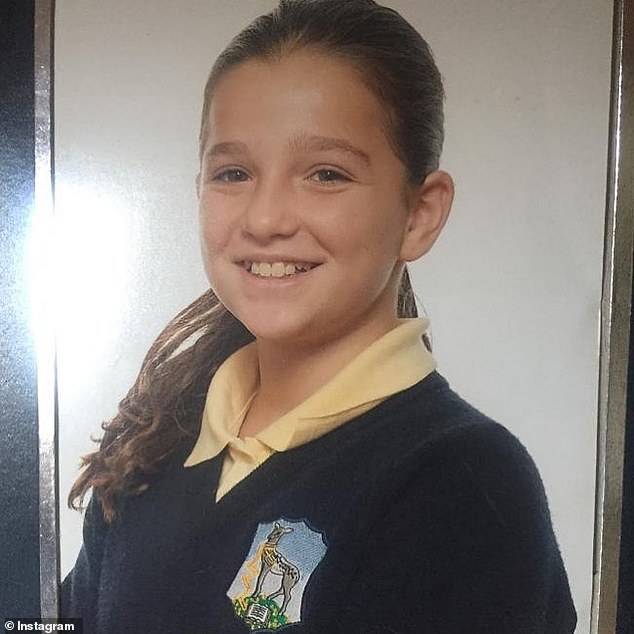 As a child, Marisa aspired to become a human rights lawyer and wanted to study law at University College London 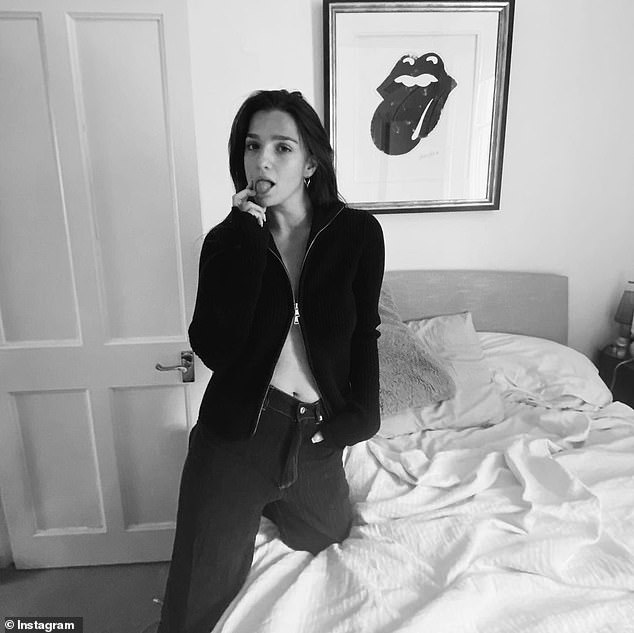 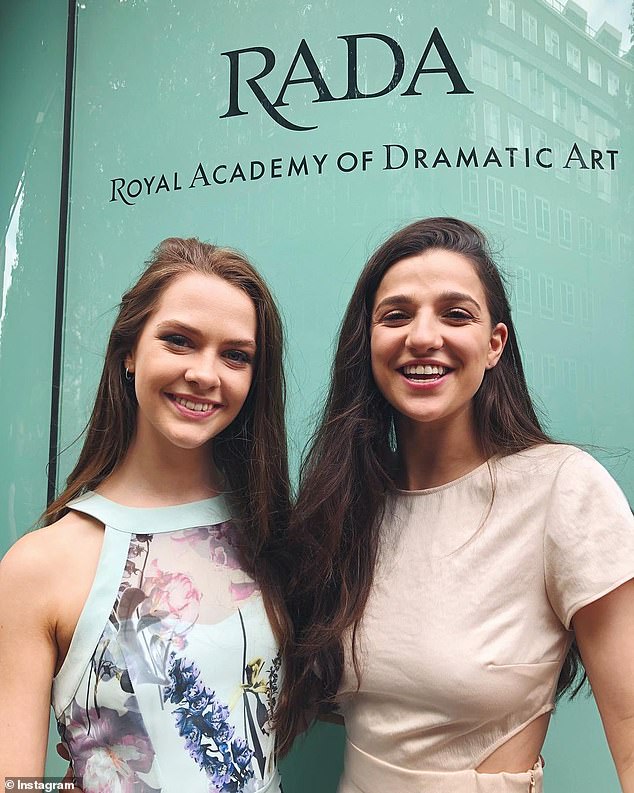 After going to visit University College London after being offered a place to study history and law, Marisa was lured in by RADA which was just down the road – and she graduated from the prestigious drama school in 2019 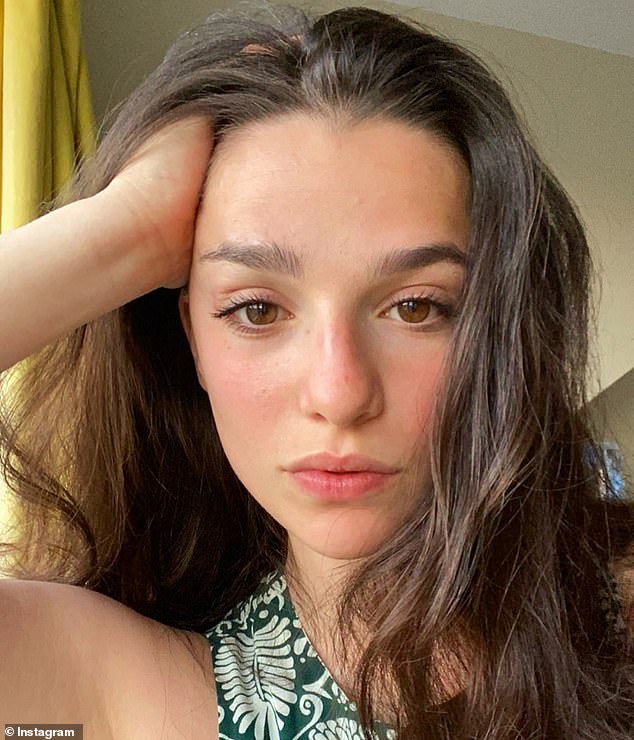 Marisa said she was ‘incredibly excited’ to be cast in the new Barbie movie, which is due for release next summer

‘I was going to be a human-rights lawyer.’

However, while filling her childhood with sports like swimming, netball and horse riding, Marisa still dabbled in youth theatre.

In English and Drama lessons, she took an avid interest in the plays she studied and she appeared in several school productions.

At 18 she was encouraged by her drama teacher to take up classes with a local youth theatre school, The Theatre Workshop, which allowed her to explore a more ‘serious’ side of acting outside of musical theatre.

Despite showing early promise in acting Marisa initially intended to study history and law at University college London to pursue her big dream of becoming a human rights lawyer.

But when she went to visit UCL, Marisa was lured in by the Royal Academy of Dramatic Arts (RADA) which was just down the road.

Within weeks, she deferred her place at the university and enrolled at the presticious drama school, for which she had to undertake four rounds of auditions that culminate in a full day workshop.

In an interview with The Theatre Workshop, she said: ‘For some reason, I always did my best work at RADA and Guildhall. Something about the environment both schools create… I found it easier to connect with myself and produce truthful work.’

‘I have always had a passion for acting and the theatre… I’ve always been so interested by human beings and the way we interact with each other.’

When she moved to the capital to study, Marisa admitted she was a home-bird and was going to miss her mother’s cooking.

She said: ‘All that’s stressing me out right now is how does my mum make her mashed potatoes so smooth because I can’t go without mash for too long.’ 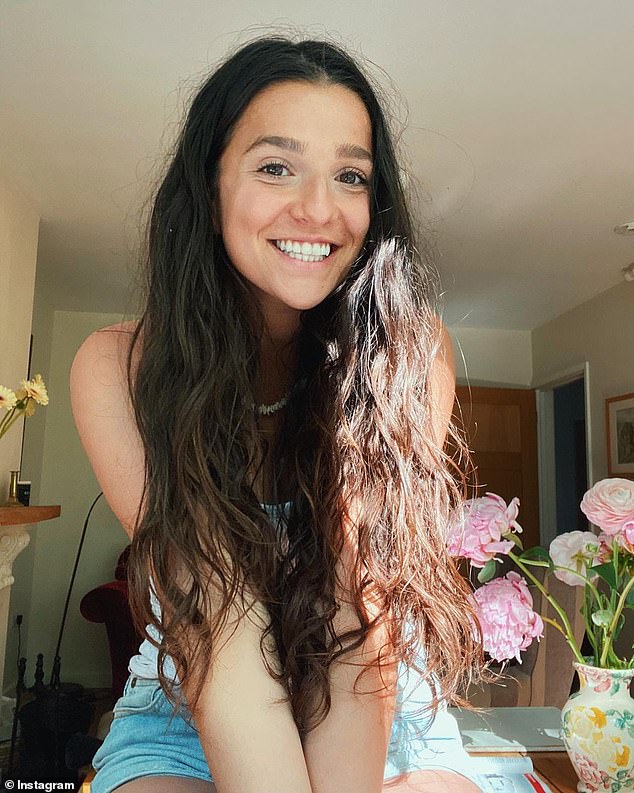 Marisa is the daughter of Grange Hill actress Caroline Gruber, who played Miss Washington in the long-running British TV series 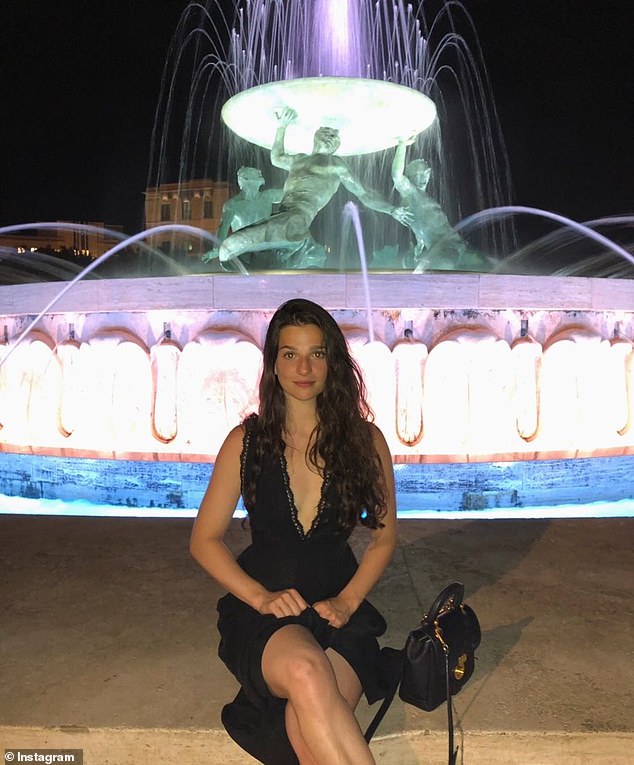 Marisa’s role in the new Barbie movie has not yet been revealed, and she has remained tight-lipped about what viewers can expect 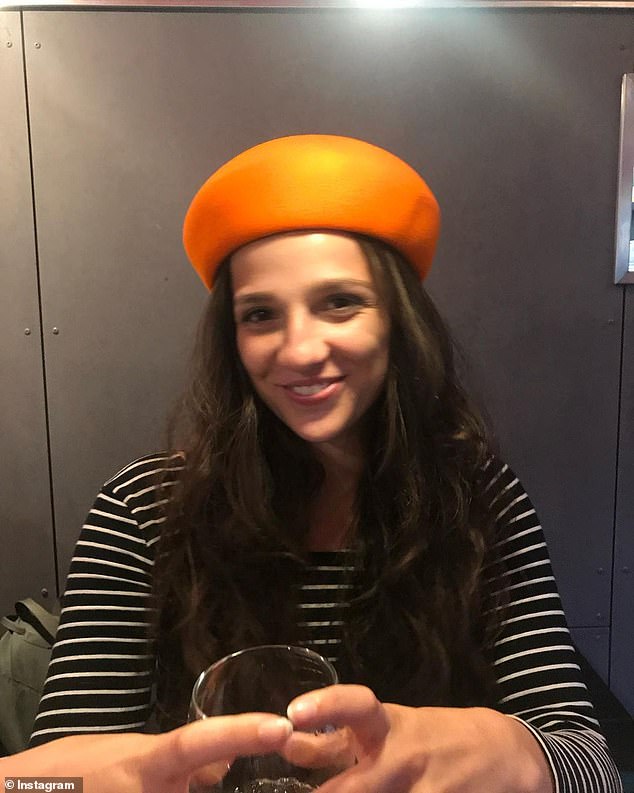 The young actress grew up watching her mother on TV and in theatre, and decided she herself didn’t have the nerves to go into the world of showbusiness 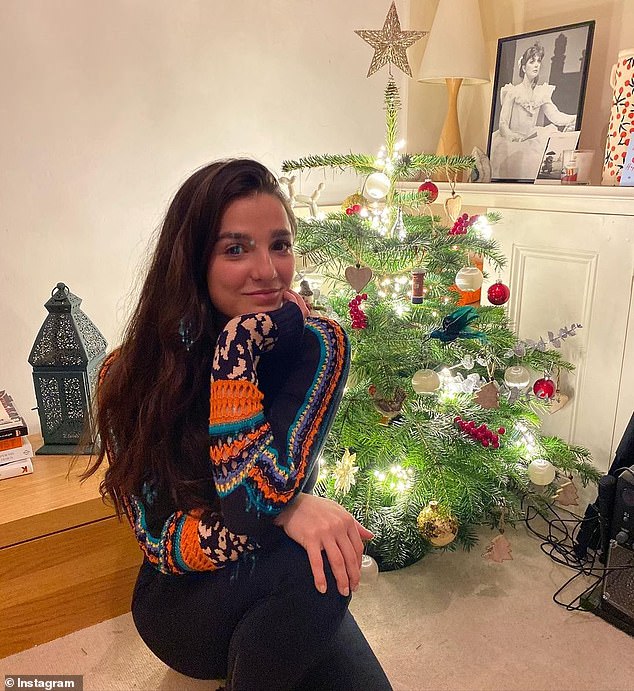 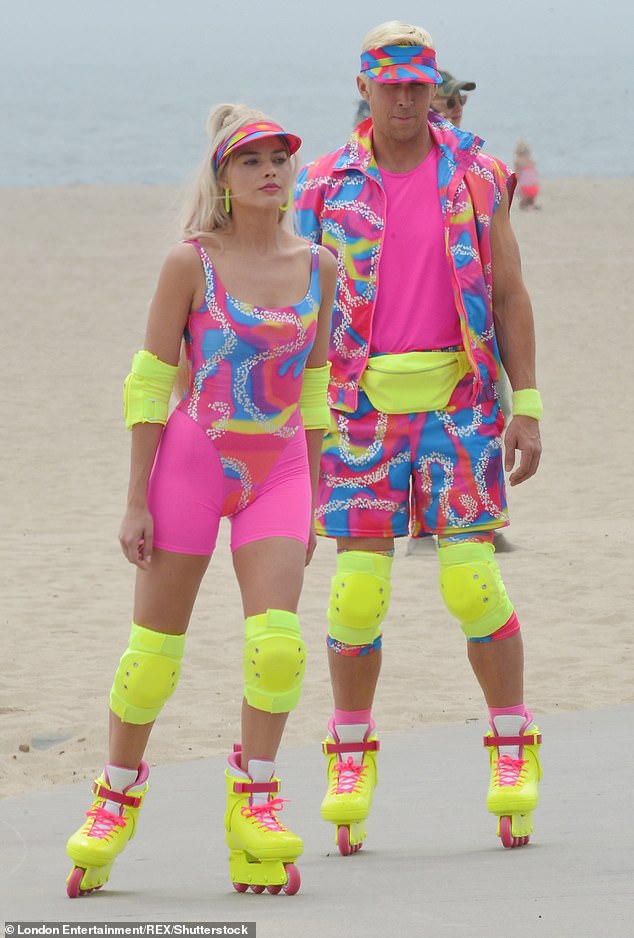 With her big Hollywood break coming up starring alongside Margot Robbie and Ryan Gosling in the new Barbie film, set for release in 2023, Marisa already has some impressive credits under her belt.

She is best known for her role as Yasmin Kara-Hanani in the HBO and BBC Two series Industry – a role she landed before she had even graduated from RADA.

The second series of the show will be released in the autumn.

Details of Marisa’s exact role in Barbie are still under wraps but she’ll have stars in her eyes as she acts alongside huge names like Ugly Betty star America Ferrera, Sex Education’s Emma Mackey and Ncuti Gatwa, and comedy actress Kate McKinnon.

The film is currently scheduled for release on 23 July 2023.

Also coming up for the starlet is Jamie Adams film She is Love, about an estranged divorced couple coming back together to revisit the past, where Marisa will star alongside Haley Bennett and Sam Riley.