A good-looking British businessman says he is ‘sickened’ after his photo was stolen and used in a Russian dating agency catfishing scam.

High-flying millionaire executive Alex Johnson appears to be the perfect catch for successful Russian women looking for love on Tinder and other dating apps in the eastern European country.

But sadly, the attractive profile, which dangles the prospect of marriage, children and greater prosperity in front of single women, is just a cruel hoax to defraud them of tens of thousands of their hard-earned Roubles.

And Mr Johnson, from London, told of his anger that his image has been used to lure lonely hearts from across Russia into a honey trap, which has cost them the equivalent of thousands of pounds in UK currency. 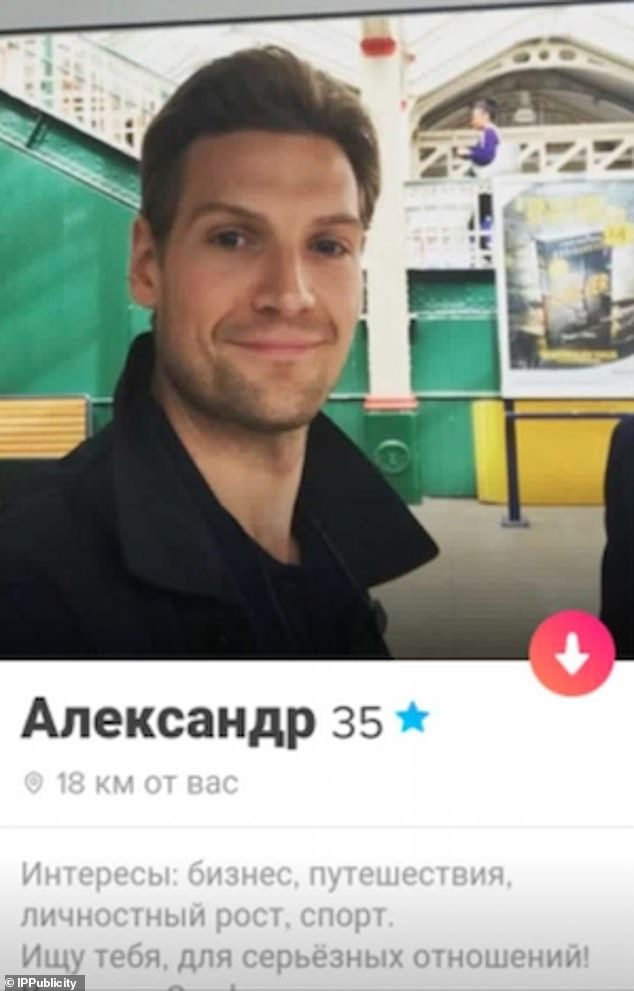 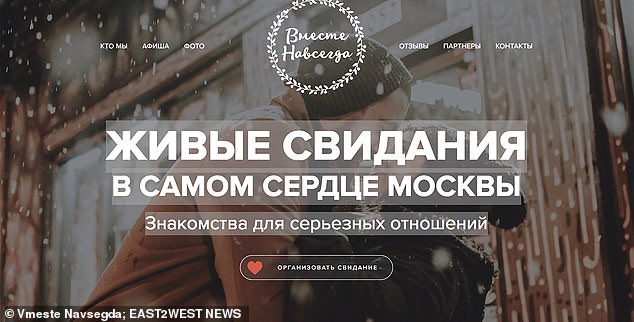 The scammers, who exploited Mr Johnson’s suave appearance, operate as a dating agency, called Vmeste Navsegda or ‘Forever Together’. When a woman liked his profile they were contacted by the tycoon’s ‘assistant’ and asked to attend a meeting where they can be ‘vetted’

Speaking to Mail Online, the tycoon said: ‘The women are obviously vulnerable and looking to settle down and start a new life. It is so sick that people would take advantage of that.’

The Londoner, who is single, plans to call in lawyers to have his chiseled features, which are proving so alluring, removed from the Russian dating scene. 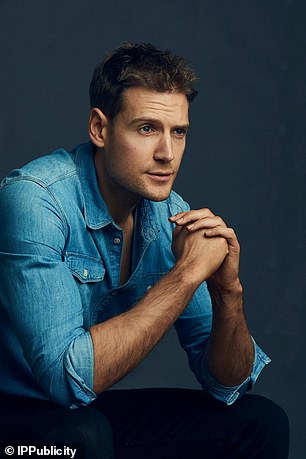 Mr Johnson (pictured), from London, who is single, is calling lawyers to have his picture removed from the Russian dating scene

The fraudulent profile, created by a Moscow dating agency, referred to him as ‘Alexander’ and describes him as a successful businessman, which is perhaps the only part that is true.

The real Mr Johnson currently runs a company called the whisky cask that buys and stores Scottish whisky for collectors.

He was previously the youngest CEO of a company listed on the London Stock Exchange when he was a board director of waste-to-energy company, Worldwide Natural Resources PLC, at the age of just 23.

Mr Johnson, who has also been a visiting lecturer on Leadership and Entrepreneurship at the University of Oxford, added: ‘The people behind this scam are playing on the women’s emotions and I feel desperately sorry for them. [Those people] are the lowest of the low.’

‘Catfishing’ is an American term for someone who seduces a person with a false identity online. It refers to the ‘digital bottom feeders’ who will do anything for cash – including feasting on the hearts of those who are simply looking for love.

This scam worked as a dating agency used Mr Johnson’s photo on a string on matchmaking apps, including Tinder. 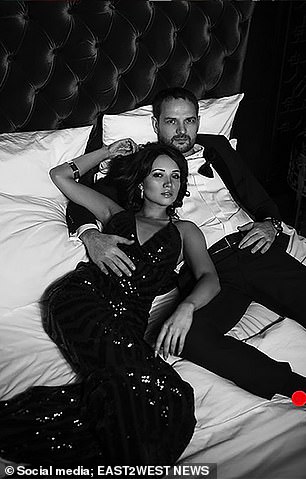 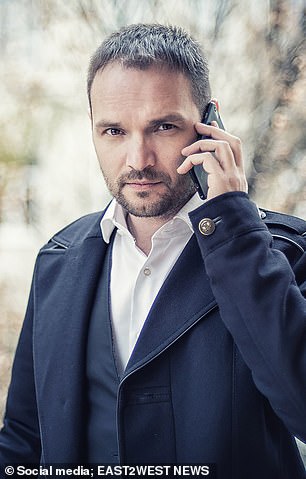 Unhappy clients have identified the people behind the site ‘Forever Together’ as Gennady Solomkin, who also calls himself ‘Cupid Gennady’, 43, and his partner Elena Smirnova, 34 (left)

Women who reply to ‘Alexander’s’ profile are contacted by a woman claiming to be his assistant and asked to attend a meeting where they can be ‘vetted’.

However, before any romance can blossom the women have to hand over a fee and are pressured into paying for other services, one the victims said.

The scam came to light after one of the victims, a Russian psychologist called Maria, became suspicious after she was told she had to pay to fly to Istanbul immediately to meet Alex.

During her ‘interview’ she was told he was too busy to date and and had turned to the agency to find his perfect match.

She was informed that he wanted to marry and have children and that she would have to move to his home in Istanbul.

As a psychologist Maria was suspicious of the hard sell used by the agency employee.

At home she used an online tool called Google Reverse Image and found out that the photo of Alexander on the dating site was in fact London based Alex Johnson.

Maria contacted Alex through social media to warn him his image was being used in a catfish scam.

In an email she wrote: ‘Alexander. Unfortunately, I have to inform you that your photos are used by one unscrupulous Russian marriage agency, which I have recently been the victim of. 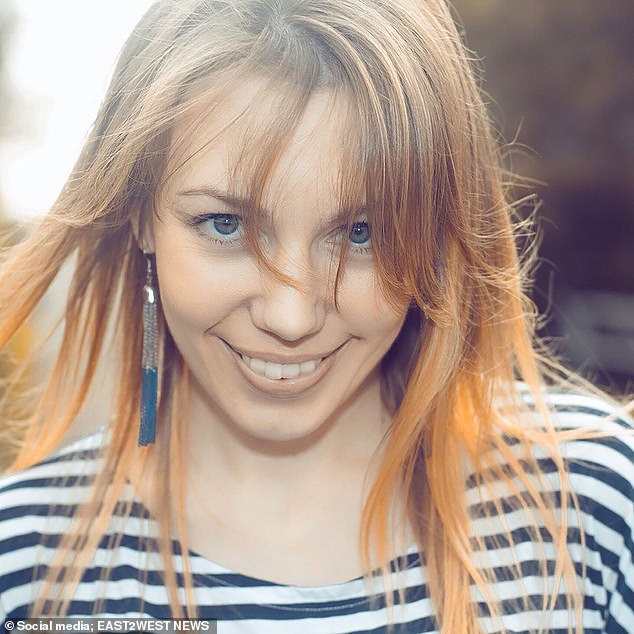 Women across Russia say they are being duped by the scam including singletons like Vera Bushueva (pictured), in her early 30s, who urged others looking for love to be on their guard 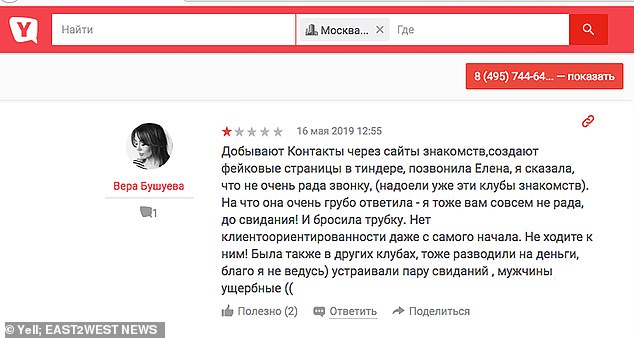 In an online rant (pictured), Ms Bushueva said: ‘They [Forever Together] are getting contacts through dating websites, creating fake pages in Tinder. Don’t go to them.’

‘The scheme works like this: A woman likes someone in Tinder or other similar dating sites. She leaves her phone number to someone she has liked and is then contacted by this man’s ‘assistant’ – which is actually just an employee of the dating agency pretending to be Alex’s assistant in this case.

‘The agency then build a psychological profile of you, through conversations that you are led to believe are essential to be introduced to Alex but are actually just the agency procuring information about you so they can offer you a range of different services including photo sessions, psychologists, training, meetings with clients etc.’

Maria said during the interview process she was pushed into paying for photo shoots, meetings with psychologists and others to make sure that she could meet the man of her dreams.

She added that she only handed over a small amount of money before leaving the agency.

The scammers, who have exploited Mr Johnson’s suave appearance, operate as a dating agency, called Vmeste Navsegda or ‘Forever Together’.

It is based on the well-to-do Tsvetnoy Boulevard in central Moscow, not far from the Bolshoi Theatre, the iconic home of the Russian national ballet.

On its website, Forever Together claims it has been in operation for nine years, arranged 25,000 dates and is responsible for 500 happy couples.

Unhappy clients have identified the people behind the site as Gennady Solomkin, who also calls himself ‘Cupid Gennady’, 43, and Elena Smirnova, 34.

Whistleblowers say that the agency builds a psychological profile of the women, based on conversations and questionnaires, and they use it to push them into buying extras such as photo sessions, psychological analysis and counselling, which can cost between £120 and £1,200, it is claimed. 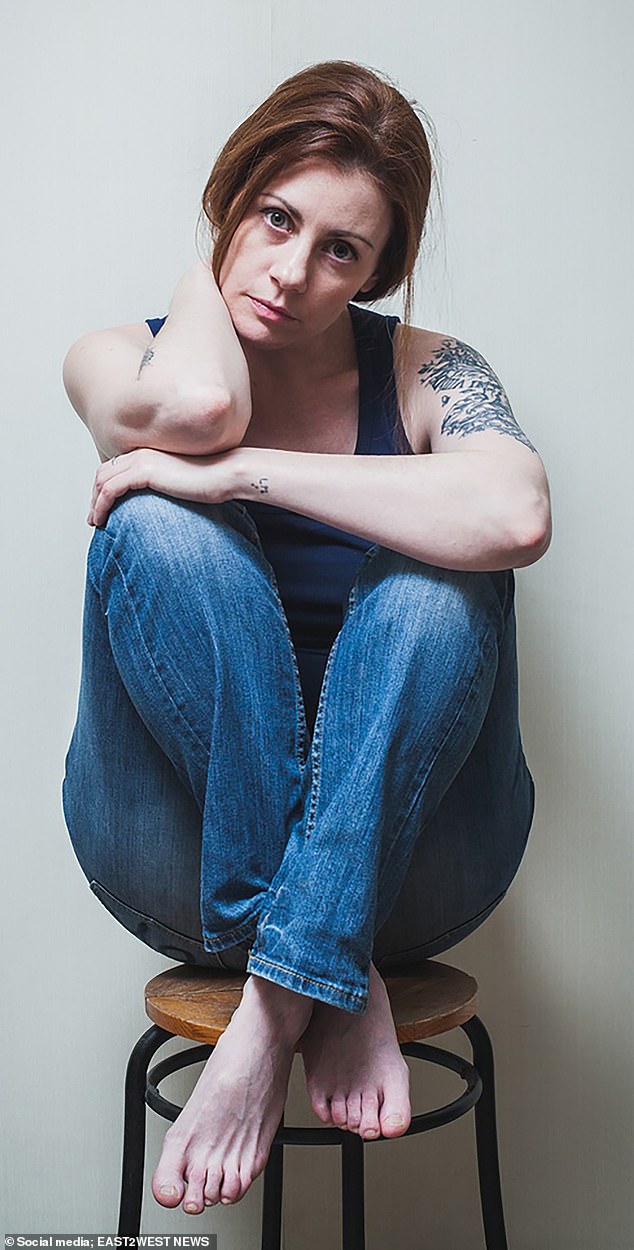 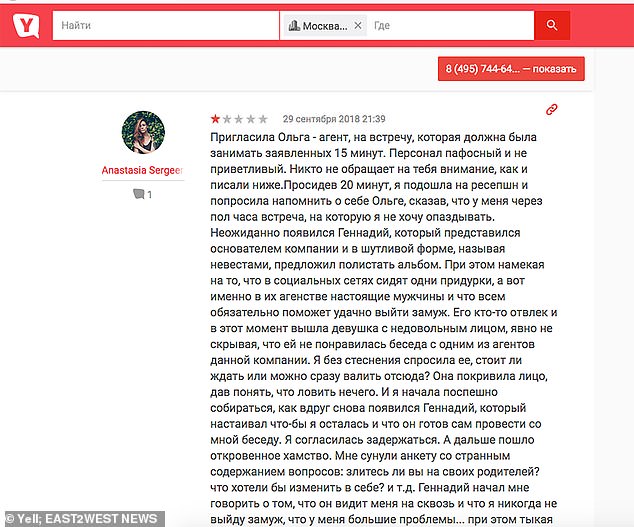 Complaining of her experience, Sergeenkova said: ‘I was given a questionnaire with strange questions: Are you angry with your parents? What would you want to change in yourself?’

One furious customer, Anastasia Sergeenkova, 37, posted: ‘I was given a questionnaire with strange questions: Are you angry with your parents? What would you want to change in yourself?’

The women are told the man whose profile they responded to is not a match, but for a further payment they can have access to a directory of eligible bachelors.

Lyubov Ivanova said this happened to her in February. ‘They will tell you that he’s looking for a totally different woman,’ she said. ‘But they have photos of other men and as soon as you buy their ‘club card’, they will organise a ton of dates. You pay… and they don’t have any wonderful men, only photos.’

Meanwhile, Vera Bushueva, in her early 30s, urged other women: ‘Don’t go to them.’

Russia is gaining a reputation for dating scams. The US Embassy in Moscow says it receives reports of fraud committed against American citizens by ‘romantic’ correspondents ‘almost every day’.

However, it is a global problem and growing at an alarming rate. The amount of money lost to dating scams in the UK increased by 27% in the year to 2018, totaling around £50 million, according to the National Fraud and Cyber Crime Reporting Centre.

Last year, there were 4,555 reports of ‘romance fraud’ in the UK with victims losing on average £11,145. Women made up 63% of those scammed and lost twice as much money.