CHANCELLOR Rishi Sunak has begun to unveil his second Budget of the year today, with economic plans that will take us through the winter.

But what has he announced so far? Here’s all you need to know…. 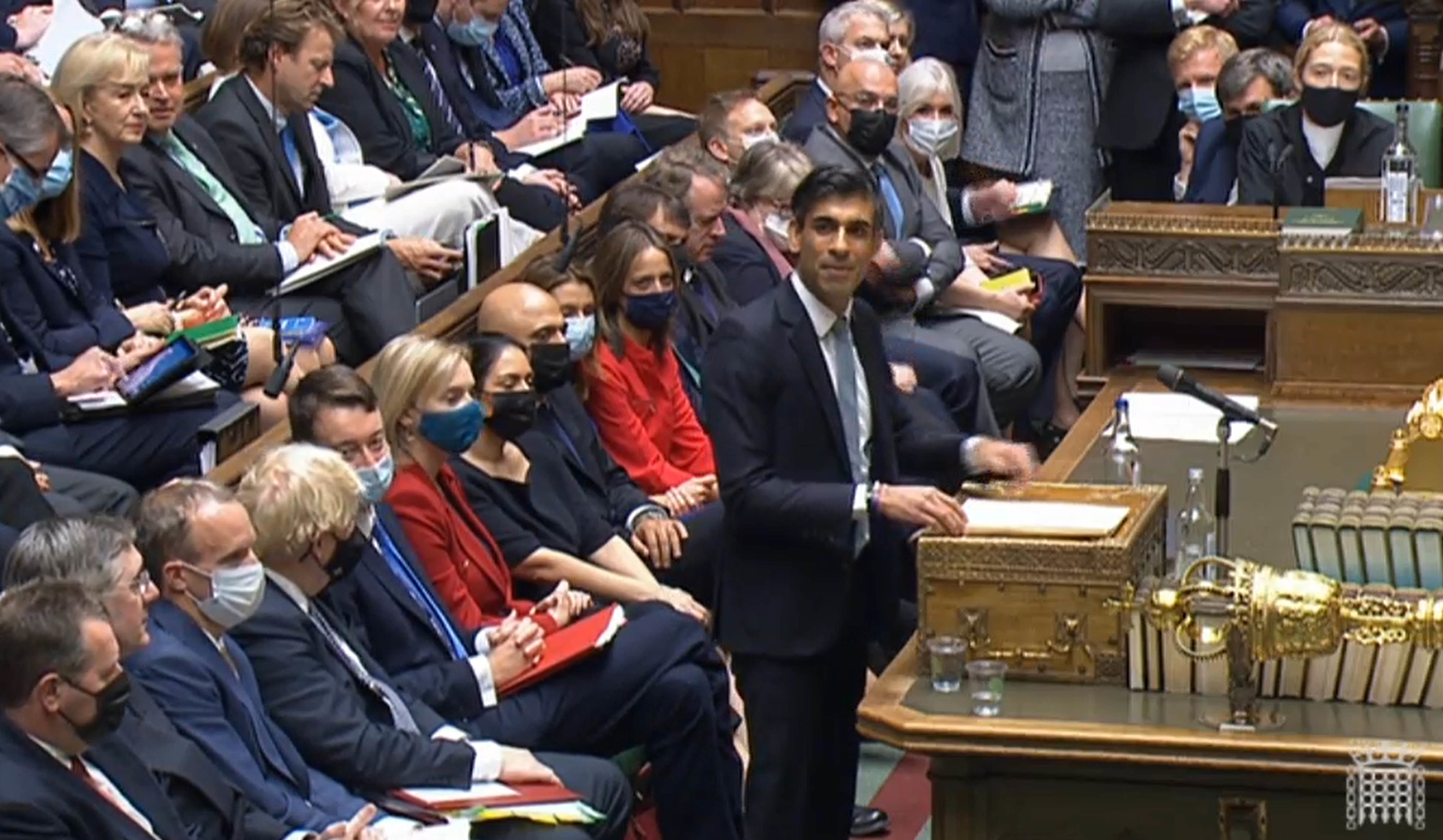 What did Rishi Sunak announce in Autumn Budget speech?

The Chancellor has opened by telling the nation: "Employment is up. Investment is growing. Public services are improving. The public finances are stabilising.

"And wages are rising. Today’s Budget delivers a stronger economy for the British people: Stronger growth, with the UK recovering faster than our major competitors.

"Stronger public finances, with our debt under control.

"Stronger employment, with fewer people out of work and more people in work. Growth up, jobs up, and debt down: Let there be no doubt – our plan is working."

Rishi revealed that the HGV levy on goods vehicles will be suspended for another year – and vehicle excise duty for them will also be frozen.

He hopes that will go some way to helping ease the supply chain issues that have left some empty shelves and left shoppers worrying about Christmas.

What else could be announced in the Budget?

It's thought the Chancellor has abandoned plans to clobber drivers with an extra £1.27 every time they filled up an average 45 litre tank.

But MPs say they have been privately assured by the Treasury that the scheduled 4.9 per cent rise for 2022 will not go ahead.

Mr Sunak is expected to boost millions of workers' pay packets in the Budget tomorrow.

This is roughly the same amount of money that Brits claiming Universal Credit were receiving under the £20 a week uplift which was axed earlier this month.

It is thought Sunak will not axe VAT on household energy bills in today's Budget – despite families being clobbered with eye-watering rises.

The chancellor is under pressure to scrap the 5% VAT charge on heating bills for six months from November 1 to help bills be more affordable during the winter.

It would save the average household £38 a year at a time when energy bills are reaching record-breaking highs.

Customers are being battered with a £139 increase to their bills after the price cap rose earlier this month.

The Chancellor put the squeeze last year on 2.6 million teachers, civil servants and police officers’ wages because of Covid.

But he will use his Budget this Wednesday to end that pain.

The government has been under pressure from charities and organisations to cut the punishing taper rate and allow claimants to keep more of their cash.

It is rumoured that Rishi Sunak will potentially slash the taper rate in his Budget today.

It's understood that the DWP's main spending review ask – to cut the taper rate down to 60p – will be backed by Rishi's team.

This will help to soften the blow for the lowest paid ahead of a tough winter while families are being battered by soaring energy, food and fuel costs.

When was the Autumn Budget 2021 announced?

How can I watch Rishi Sunak's Budget speech?

You can watch Mr Sunak's Budget speech live at the top of this article.

You can also watch on The Sun's YouTube channel.

Afterwards we will have highlights of the speech for you to watch again.

The speech is also being aired on major news channels like BBC News and Sky News.

And it is available on BBC iPlayer and Sky News' YouTube channel.