SMOKERS will see the price of cigarettes hit a massive £13.60 from tonight as the Chancellor reveals a tobacco tax hike.

The price of a 20-pack will soar by up to 88p under the latest increase, with the extra levy coming into effect from 6pm tonight.

Rolling tobacco will also be affected – it goes up at a faster rate than readymade cigarettes.

Duty rates on all tobacco products will increase by RPI inflation plus 2 per cent and hand-rolling tobacco by RPI plus 6 per cent.

There had been predictions that the hated tax on cigarettes would be increased in today's Budget.

Simon Clark, director at smokers' group Forest, said: "The government must stop weaponising tax in the war on smoking.

"The majority of smokers come from poorer backgrounds. Many have suffered financially as result of the pandemic and should not have to face yet another increase in the cost of tobacco at a time when they can least afford it."

According to the Office for Budget Responsibility, the Treasury raised a hefty £9.7 billion from tobacco duties in the 2019/20 tax year.

Smokers were hit in last year's Budget too, with the average cost of a pack of 20 cigarettes rising by 22p.

In 2020, the Chancellor announced an above-inflation tax increase on fags of 2 per cent.

There was no increase to tobacco tax in the March Budget this year though. 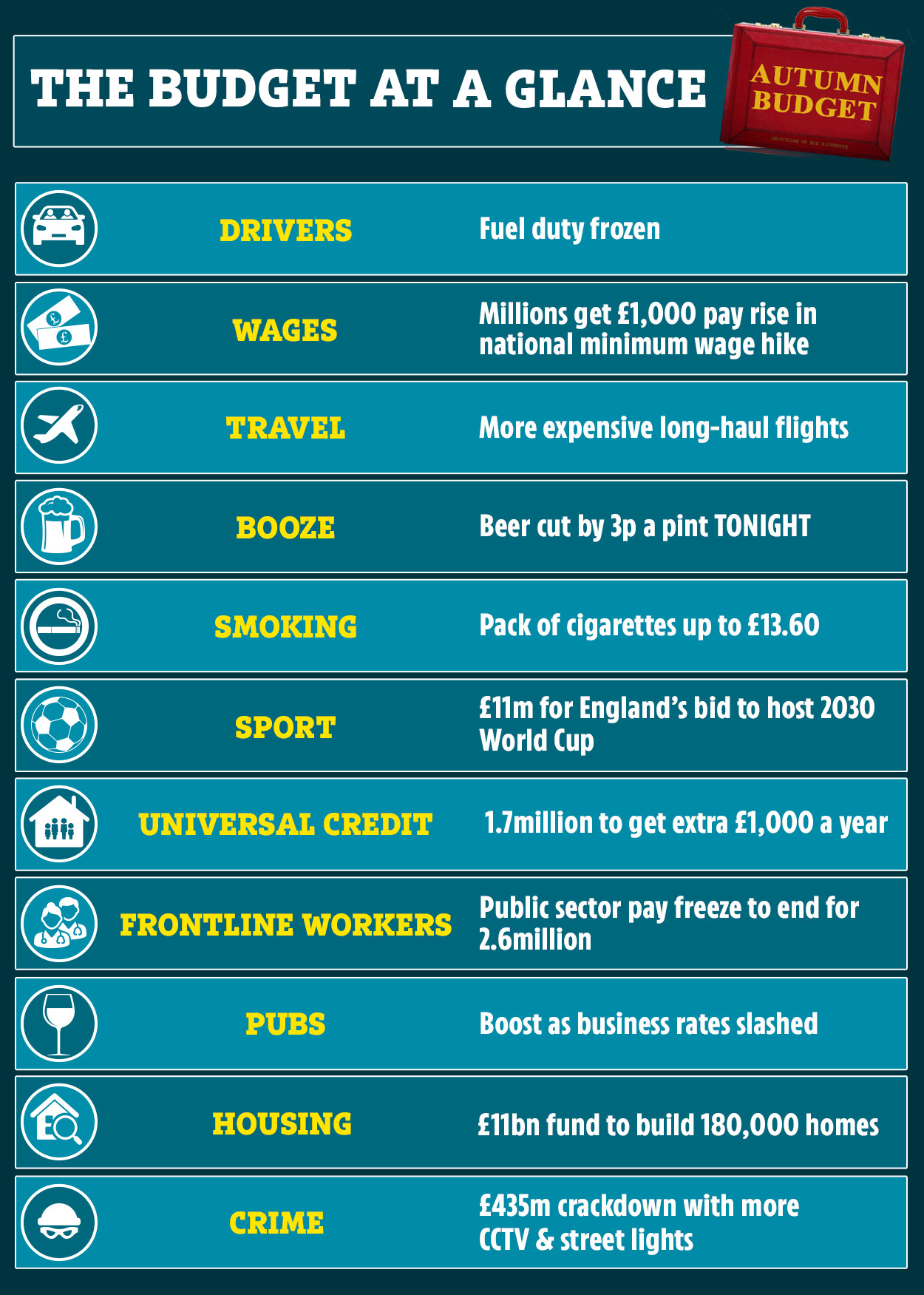 Smokers have long been in the firing line on Budget day as the government's war on cigarettes continues.

As well as tax hike, recent years have seen a ban on logos on packaging and then end of 10-packs of fags.

Campaign group ASH has long called for more to be done to reduce the affordability of smoking.

It estimates that smokers send £15.6 billion a year on the habit.

While smokers face rising taxes, drinkers were at least handed a reprieve today.

The Chancellor announced that duty on some beer and wine will be slashed.

Meanwhile, in a victory for the Sun's Keep it Down Campaign, fuel duty was frozen for the second time this year.

The move was welcomed by motorists who this week saw prices at the pumps reach a record level of £1.42 a litre.