A peak business group says Treasurer Jim Chalmers must make a start on a 10-year plan to return the budget to surplus and bring in rules to manage future spending to help lock in gains made in the pandemic recovery. 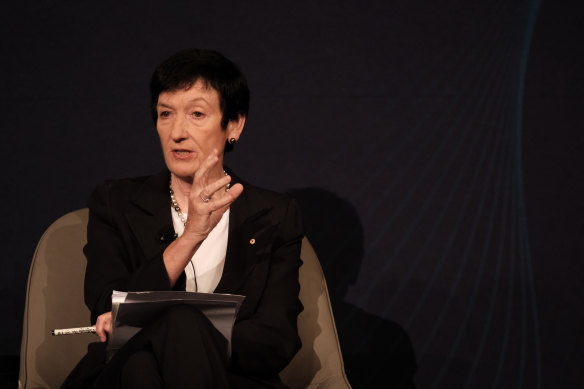 The council’s chief executive Jennifer Westacott said decisions the government makes now will have “huge implications” for future wellbeing and job security, and the country needs a long-term plan.

Fiscal credibility will be key, the Council’s budget submission said, and a 10-year plan to return the budget to surplus should detail how the government would fund growth in high-demand services like aged care and health, as well as its interest payments.

“Restoring our budget position isn’t just about numbers on a spreadsheet, it’s a path to protecting Australians from the next global crisis and sustaining the services Australians want,” she said.

“Australia has secured a world-leading post-pandemic recovery so far, but it isn’t assured.”

The Treasurer said the effects of inflation – from both global and local influences – will be a “primary influence” on next Tuesday’s budget.

Deloitte Access Economics partner Stephen Smith said a global slowdown is now expected through 2023, which will influence the local economy.

Deloitte’s latest business outlook forecasts dwelling investment will go backwards by more than 6 per cent this financial year and business investment fall to 2.8 per cent.

Deloitte expects inflation to peak at 7.3 per cent in December, lower than the 7.75 per cent forecast by the Reserve Bank, before falling to 4.4 per cent over the next financial year.

The Business Council said the government should not do much more than has already been flagged to assist on the cost-of-living pressures, should not bring forward the childcare subsidy and should not introduce a so-called super profits tax on miners.

”To control spending, we are calling for better service design – not cost-cutting,” Westacott said.

The National Skills Commission’s vacancy report for September shows job ads fell by nearly 6 per cent over the month, but remains nearly 68 per cent higher than pre-pandemic levels.

Recruitment activity also slowed across the country and across all skill levels in September, with a fall in job ads through 46 of the 48 occupation groups.

Pay rises are getting smaller, according to jobs site Seek’s advertised salary index. Salary growth rose 3.7 per cent over the year to September, down from 3.9 per cent in the year to August.