Water under the boat? Captain Sandy Yawn revealed where she stands with Below Deck Mediterranean alum Hannah Ferrier following her rather controversial exit in 2020.

“Hannah doesn’t want any part of me,” the reality star, 56, exclusively told Us Weekly on Wednesday, July 6, about her current status. “I feel I’m happy for her in everything that she’s doing. Honestly — I’ve never had a feeling of hate. It doesn’t live in my heart.”

Yawn added: “I wish her well, and for some reason she blames me, but you know what? I’m sorry. I’m not gonna risk my career for anybody. I wish her well.” 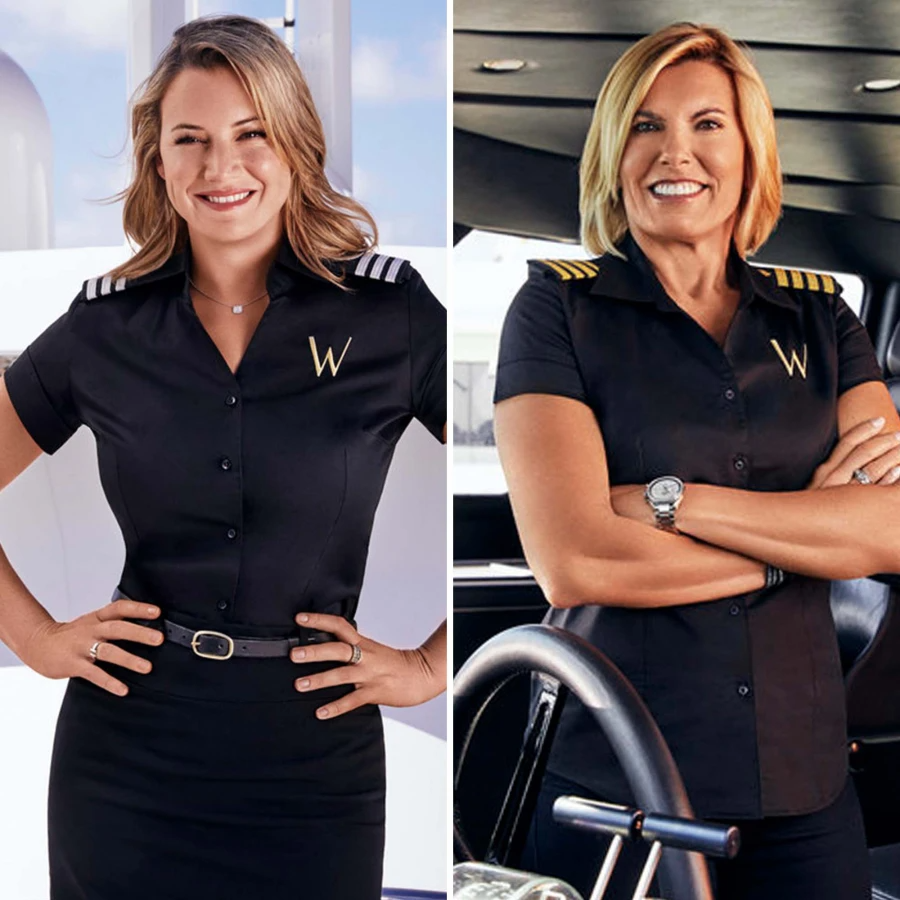 The captain divided fans of the popular Bravo show when she fired the chief steward in 2020. Ferrier had been with the series since it first premiered in 2016. The firing took place during season 5 after bosun Malia White reported Ferrier for having Valium and a CBD vape pen in her cabin. After the controversial exit aired on the network, the pair continued to go back and forth about the situation, often making headlines in the process.

Yawn admitted to Us that she “tried” getting in touch with her former costar to explain herself, but Ferrier didn’t want “any part of it.”

Biggest ‘Below Deck’ Feuds — and Where the Relationships Stand Today

“If Hannah ever opened the door, of course,” the Bravo personality shared in July 2022. “We’ve had great conversations in the past. Hannah used to come to my cabin often and I would hear a lot of her stories. So, there was a relationship there. But what can I do? I’m living my life. She’s living hers.”

Ferrier announced in June 2020 that she was expecting her first child with then-boyfriend Josh Roberts. The pair welcomed their daughter, Ava, in October of that year and shared the news of their engagement the following month. They tied the knot in March 2022.

Yawn also commented on Ferrier’s recent return to TV on the Australian series The Real Love Boat, which follows singles as they sail on a luxury cruise ship in the Mediterranean while looking for love.

Former ‘Below Deck’ Stars: Where Are They Now?

“[It’s] awesome,” the Florida native beamed. “I’m so happy for her. I genuinely mean that. She wants TV. I’m so happy that she has that.”

Season 7 of Below Deck Mediterranean returns to Bravo with a supersized premiere on Monday, July 11, at 8 p.m. ET. Per the synopsis, Yawn’s bringing on new department heads may prove to be a mistake when “surprising friction in the galley intensifies between the chief stew and chef, who came onto the boat as colleagues and friends.” The deck team will be facing “an uphill battle” when a crew member “is unable to adapt to the high demands,” forcing others to pick up the slack.