Cate Blanchett has won a tsunami of rave reviews at the Venice Film Festival for her performance as a driven orchestral conductor in Tar, the festival’s first indisputable hit.

Vanity Fair declared that a great actor may have “found her magnum opus” in “a tremendous (but never outsized) piece of acting that is her most piercing work in years”. The invited audience at the film’s gala premiere gave a six-minute standing ovation – a tradition in Cannes, but hard-won in Venice. 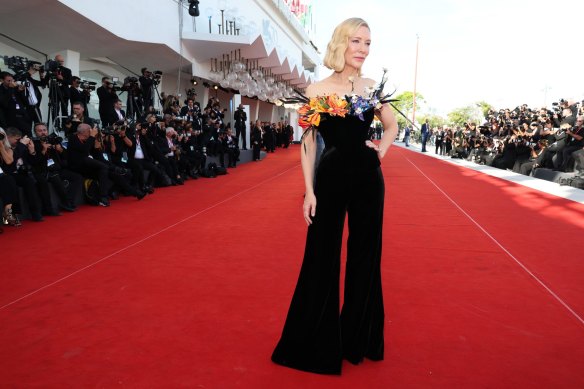 Tar is not easy viewing. Clocking in at almost three hours, Todd Field’s intense character study takes us deep into the rarefied world of classical music, with Blanchett as a recognisably commanding figure as chief conductor of the Berlin Philharmonic, the world’s best orchestra. Field, whose last film Little Children came out 16 years ago, told the press conference that he devised the film
specifically for Blanchett.

It begins with a long on-stage interview, in which Lydia Tar describes the role of the conductor and how music is filtered through her. This exchange is a startling gambit, if only because it demands such close attention from the outset to a conversation about abstract ideas. And while Blanchett is always mesmerising, her character is not necessarily likeable. Her musical talent is prodigious, but she can be predatory, manipulative and entitled.

As we see her demolish a student who is youthfully arrogant enough to dismiss Bach as a dead white male, we have our first glimpse of the pitfalls of this charismatic authoritarianism. When another disaffected former acolyte kills herself, Lydia Tar begins to topple from her pinnacle.

As Blanchett herself put it, “she knows as an artist and as a human being that the only way next is down. And that takes an enormous amount of courage.”

Lydia describes her life as a migratory conductor as that of “a U-Haul lesbian”. Her partner is the Berlin Phil’s first violinist and concert master, played by German star Nina Hoss. Some reviewers compared her role as Lydia with her work in 2015’s Carol, in which she plays a wealthy lesbian who has a love affair with a shop assistant, based on a piece of autofiction by Patricia Highsmith.

Unsurprisingly, she was asked at the Venice press conference whether she was deliberately trying to put her weight behind films about LGBTQ characters.

“I think it’s important at a societal level. Homogeneity in any art form is death, right?” she responded. “But I’m very wary of butting up the word ‘importance’ with the word ‘art’ because I don’t see that artistic practice is an educational tool.”

She is not, she said firmly, interested in making agitprop. 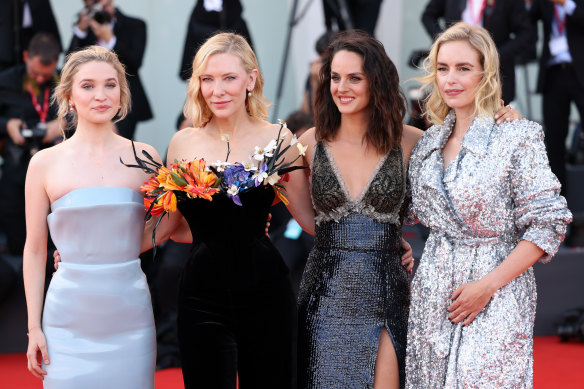 That doesn’t mean films are not socially relevant, and can become agitprop. “After the thing is made, it can be politicised, disseminated, discussed, people can be disgusted with it, offended by it, inspired by it.” It was only after it was made and seen that she realised Carol was hugely important, because the original story was the first story about a lesbian where she was neither redeemed by a man nor took her own life.

“But that is outside our control. [Tar] felt urgent and it felt undeniable, but strangely, I didn’t think about the character’s gender nor her sexuality at all, not at all! And l loved that about the film. It just is. In fact, it wasn’t until we started doing press that I realised, when people said you have women at the centre of this that, ‘Oh shit, yes we do’. Even that hadn’t crossed my mind.”

There is a fairytale aspect to the character and her female coterie, however, because no orchestra of the Berlin Philharmonic’s status has a female lead conductor.

“The political structure is very patriarchal. And the canon is. When women do conduct, they generally get to conduct more romantic music. Now, that landscape is changing. But we need to keep criticising that so the change continues and is normalised, because that makes for a much more healthy art form.”

Her own industry, Blanchett said, has changed dramatically. “I remember at the dawn of time when I started making films my husband saying to me, in an incredibly supportive way – because I worked in the theatre and I never expected to have a film career – “Enjoy it babe, you’ve got five years if you’re lucky”. And that was true at the time, but I think there are a lot of people who have been changing that landscape.”

As the five-star reviews for Tar poured in, the film trade magazines looked forward to Blanchett storming the awards season that culminates in the Oscars next March. “Breathtaking,” said Variety. “A dazzling performance that takes the film deeper with every scene,” said Deadline. For Hollywood Reporter, “the key talking point [is] Cate Blanchett’s astonishing performance – flinty, commandingly self-possessed and ever so slowly splintering under pressure.” Collider said simply: “This is her Raging Bull.”

Tar will premier in Australian cinemas on January 26, 2023.