The White House recently shared photos of President Joe Biden’s dogs, Champ and Major, on the grounds of 1600 Pennsylvania Avenue. The two pets have officially moved into the residence, where they are apparently enjoying the space. 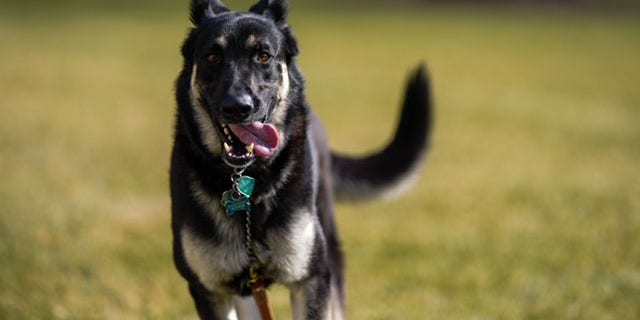 The White House released a series of photos showing both dogs playing on the property.
(Adam Schultz/Official White House)

Champ, the older of the dogs, has been enjoying sitting by the fireplace, Today reports. Major, meanwhile, has reportedly been spotted running around the South Lawn.

The White House released a series of photos showing both dogs playing on the property, with the Washington Monument visible in the background. The photos were taken by the White House’s official photographer Adam Schultz. 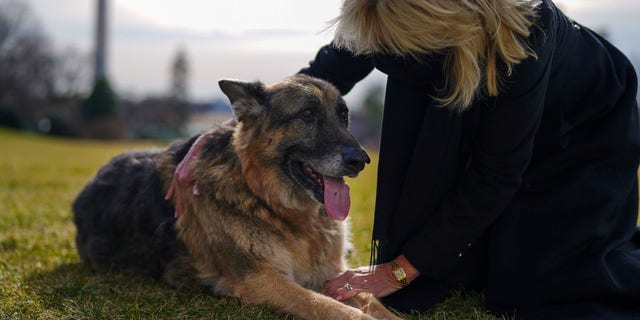 Champ has been with the Biden’s since 2008, while Major was rescued in 2018.
(Adam Schultz/Official White House)

While they’re not the first dogs to live in the White House, Major is still making history as the first rescue dog to live in the residence. Adopted by the Bidens in 2018, Major was even celebrated in his own “indoguration” ceremony by the Delaware Humane Society where he was adopted from.

The group said, “From shelter pup at the Delaware Humane Association to First Dog at the White House, Major Biden is barking proof that every dog can live the American dream.”

Champ, meanwhile, has been living with the Bidens since 2008, and was reportedly named by the President’s granddaughters. 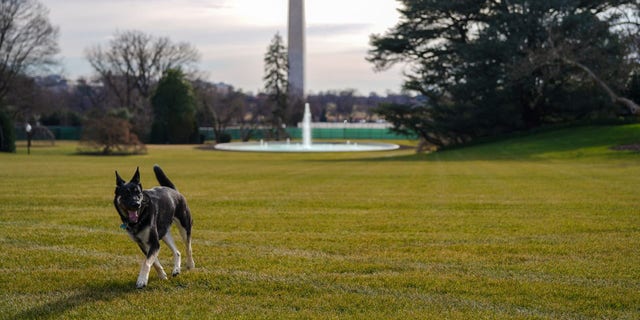 The White House released a series of photos showing the dogs playing on the property, with the Washington Monument visible in the background.
(Adam Schultz/Official White House)

While it was initially reported that the dogs would move in on Inauguration Day, they didn’t officially arrive at the residence until this past weekend.

The Bidens also plan on adding a pet cat to the mix, USA Today reports. No details have been provided about the cat or where it will be coming from, however.