Chris Pine clarifies Harry Styles spit speculation once and for all

Audrina Patridge: Chris Pine and I broke up because of ‘The Hills’

The actor has been spotted playing middleman for the cast and crew – which includes Florence Pugh, Harry Styles and Olivia Wilde – both on the red carpet and in the theater for the film’s premiere at the Venice Film Festival.

Amid all the ongoing drama, an interview has gone viral that shows Pine, 42, seemingly “disassociating” while Styles, 28, answers a reporter’s question.

“I think, you know, my favorite thing about the movie is that it feels like a… movie,” Styles says in the clip, while Pine stares at the ground with a blank expression.

“You know, it feels like a real, like, go-to-the-theater-film movie. You know, the reason why you would go to watch something on the big screen,” the singer continued. 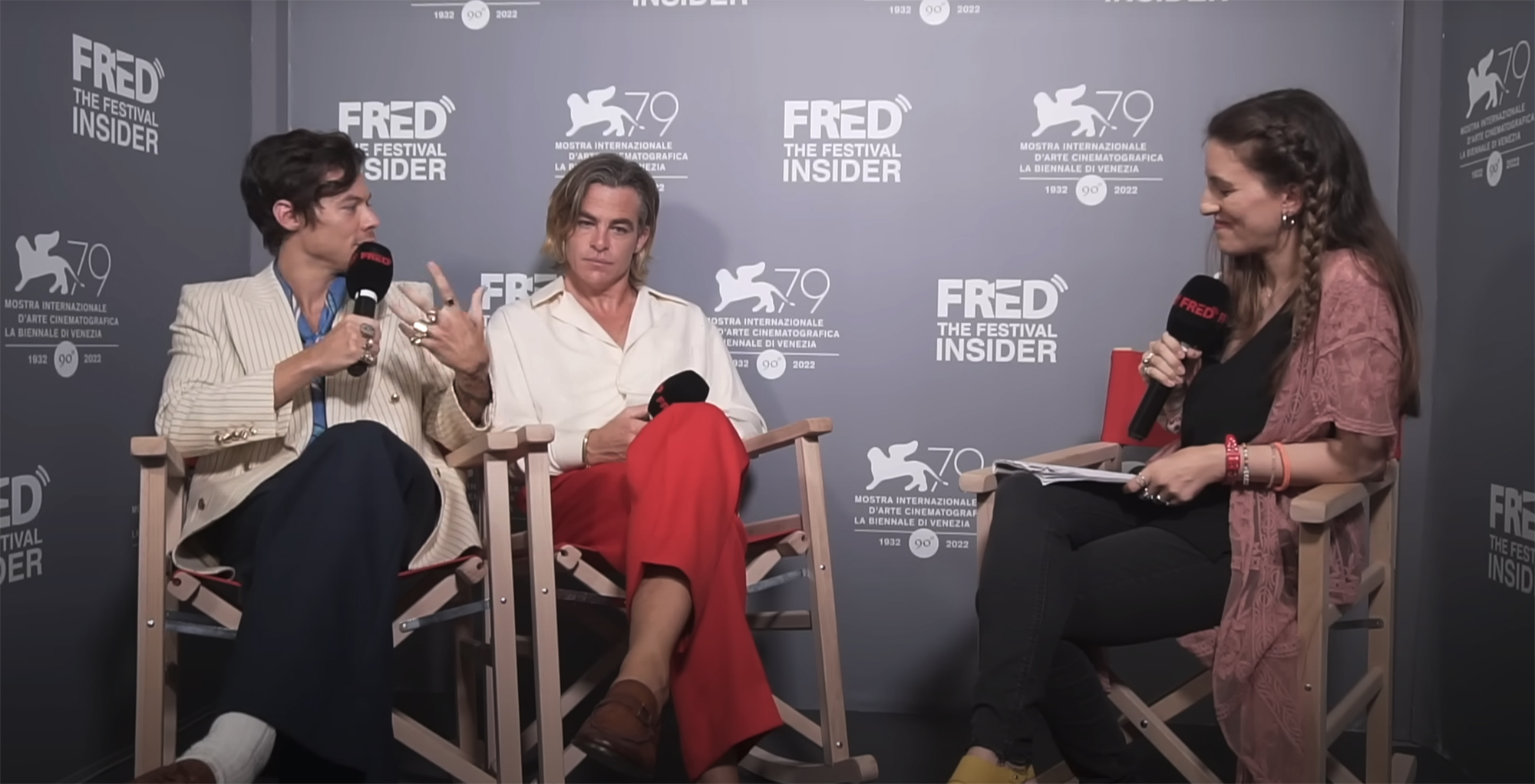 “Chris Pine looking like a white suburban mom the morning after a wine-night crying jag. De-puff and disassociate,” one person wrote. 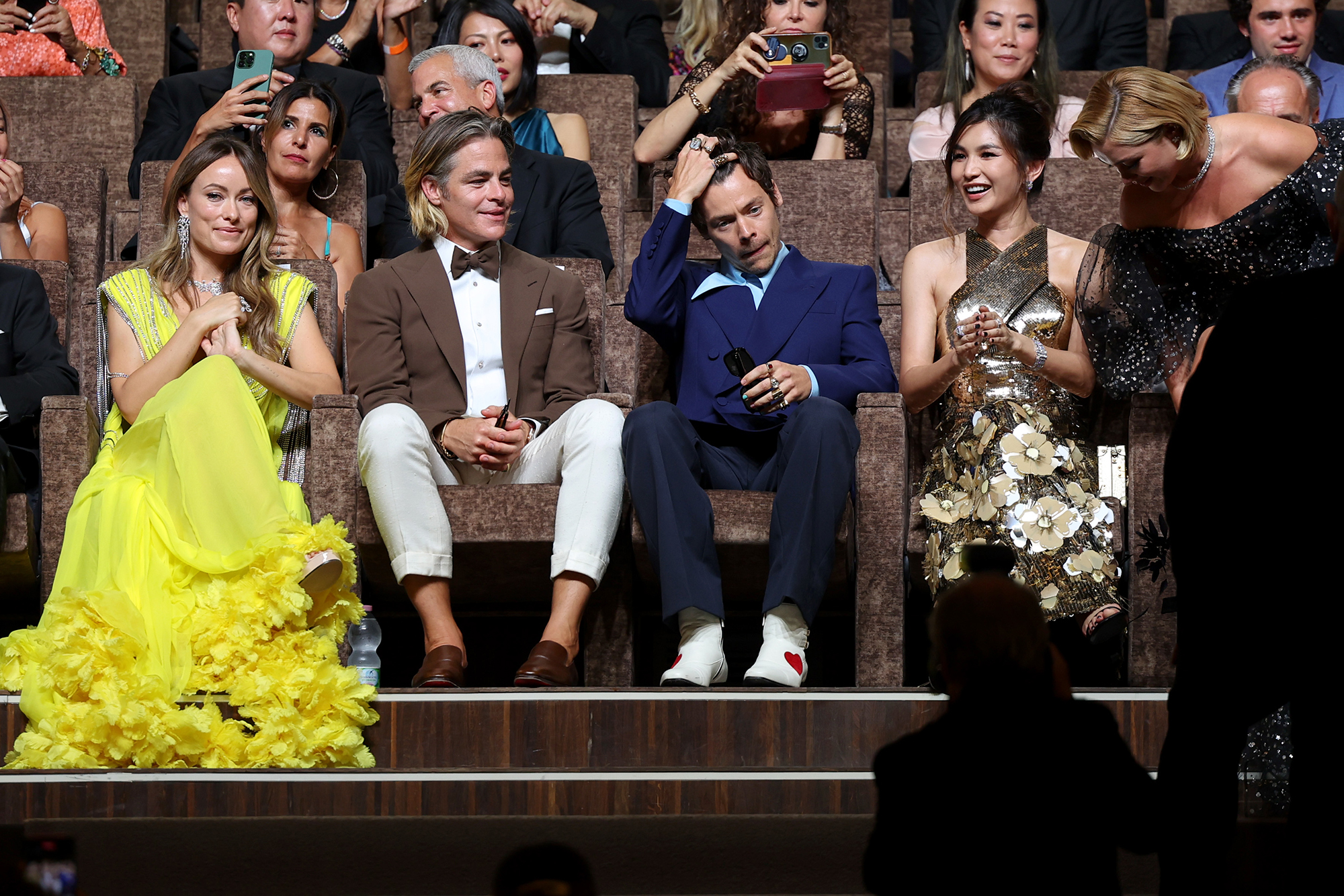 Another self-confessed super fan chimed in, tweeting, “I’ve been a diehard Chris Pine fan for nearly 20 years now so I consider myself something of an expert, and I can confidently say he is reconsidering all his life choices here… literally dissociating from his surroundings.”

Another compared the actor to Haymitch Abernathy in “The Hunger Games,” writing, “why does chris pine look like he’s about to unwillingly train some tributes for the 74th hunger games rn.”

Better Health defines “dissociation” as “a mental process of disconnecting from one’s thoughts, feelings, memories or sense of identity,” and is often linked to people who have experienced trauma.

In addition to the interview clip, another video of Styles and Pine went viral on Monday. Footage from inside the “Don’t Worry Darling” premiere showed what fans believe is Styles spitting on Chris Pine’s lap. 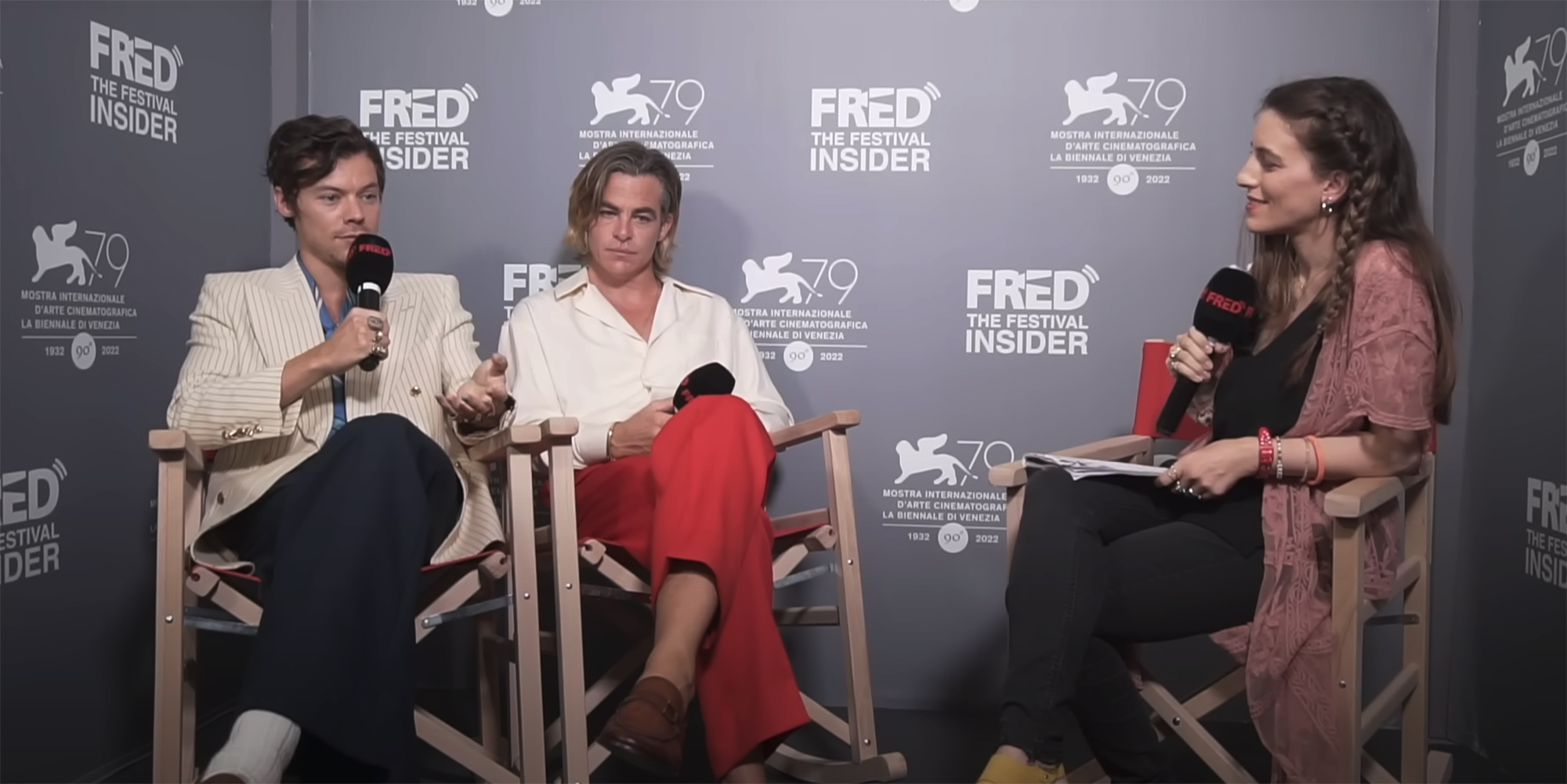 In the clip, the “Daydreaming” singer sat down beside Pine, while seemingly aiming his saliva at the actor’s lap. Pine then froze and looked down, before smiling and laughing to himself.

However, Pine’s rep told People Tuesday that the alleged incident – hilariously dubbed “spitgate” – is “a ridiculous story” and “the result of an odd online illusion that is clearly deceiving and allows for foolish speculation.” 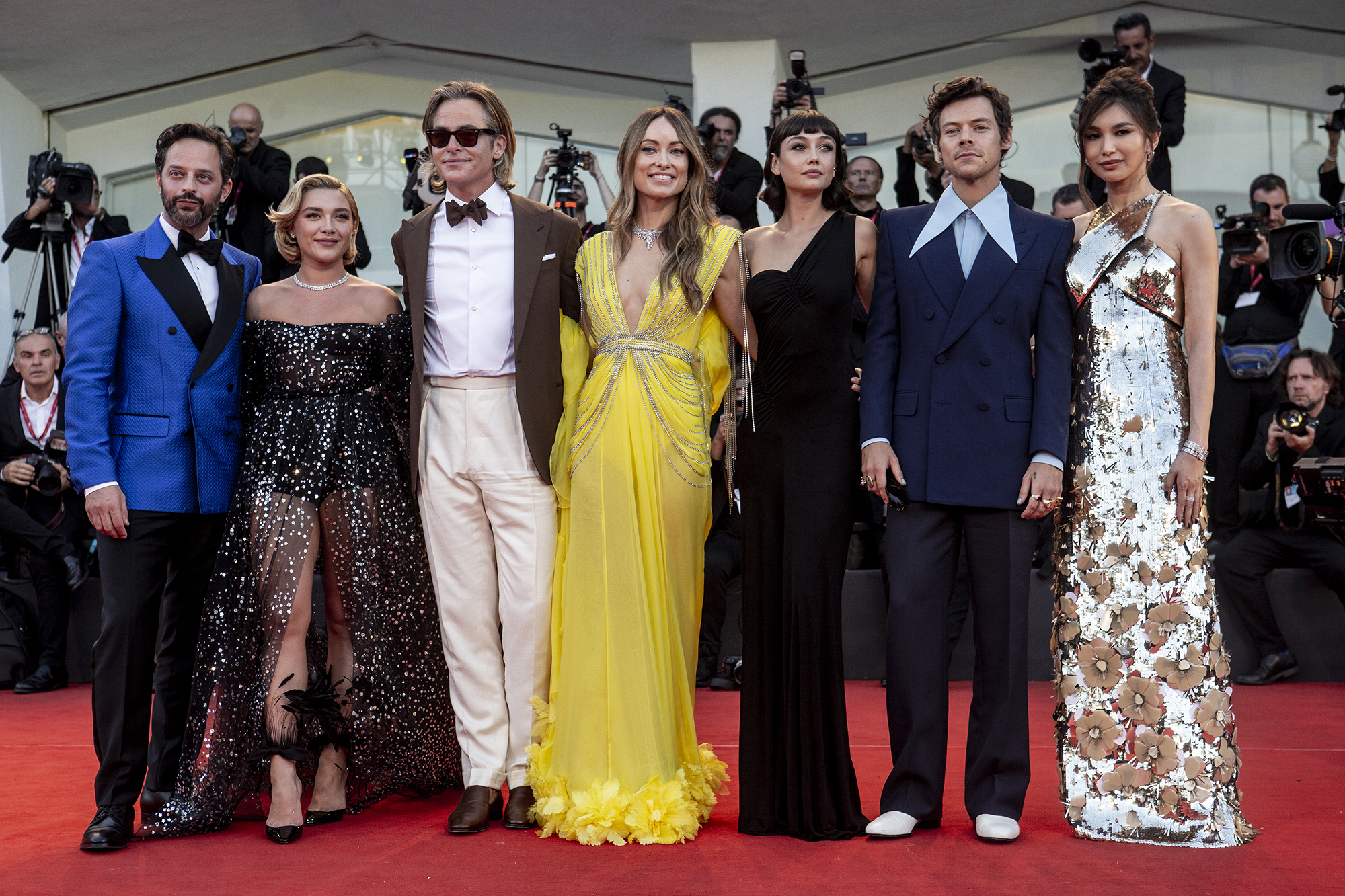 The rep continued, “Just to be clear, Harry Styles did not spit on Chris Pine. There is nothing but respect between these two men and any suggestion otherwise is a blatant attempt to create drama that simply does not exist.”