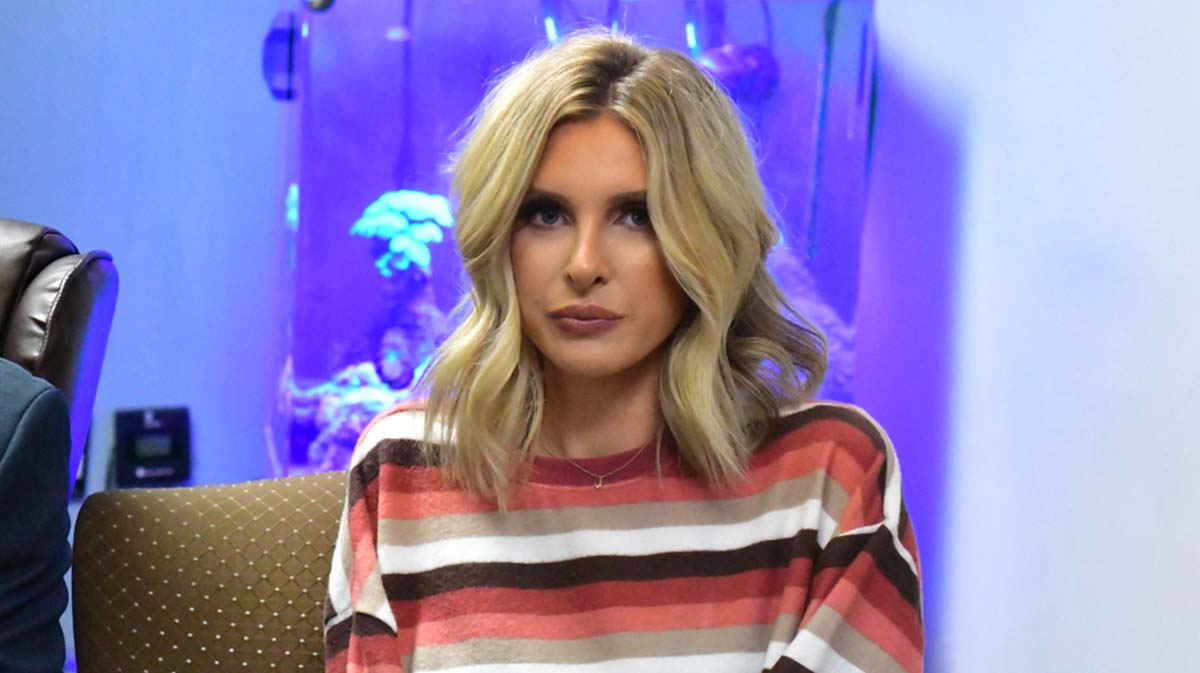 Tying up loose ends. Months after Lindsie Chrisley announced her split from Will Campbell, the pair have settled the terms of their divorce.

Lindsie Chrisley and Will Campbell’s Relationship Ups and Downs

The former couple settled their legal case on September 8, Us Weekly can confirm.

According to the court docs, the former couple have agreed to arrange child support and share joint custody of their 8-year-old son, Jackson, with no alimony settlement. The pair had previously divided or sold their assets, including their residence, vehicles, furniture, artwork and pet. Per the agreement, Chrisley, 32, will retain her Lexus while Campbell, 31, will keep his Ford F1-50. Their family dog will become their son’s property moving forward.

The pair sold their Canton, Georgia, home weeks later and the “Coffee Convos” podcast host has since purchased a new property. At the time, the former couple filed to seal their finalized divorce documents.

The Chrisley Knows Best alum announced in July that she and Campbell split after nine years of marriage.

“While one door closes, another opens,” Chrisley wrote via Instagram at the time. “It’s with the deepest sadness that, after 9 years of marriage, Will & I have mutually decided to end our marriage. We maintain the greatest respect & love for one another, & we’re so grateful for our time together. We will continue to remain friends & be devoted parents to our son whom we both love very much.”

She continued, “Personally, I am focusing on the new beginnings ahead & a fresh space with the move this week. Thank you in advance for respecting our privacy as we work through this challenging time for our family.”

“Family — like branches on a tree. We grow in different directions, but we will always remain as one,” she captioned an Instagram slideshow of throwback family photos in September. “Spent the last several days hearing about Jackson’s adventures with Will. Bittersweet for me. Their first trip alone was to the same place as our last trip together (forever thankful for these captured memories.) Something I have learned over the last few months is that life is too ironic to fully understand. It takes sadness to know what happiness is. Noise to appreciate silence && absence to value presence.”

The former reality star added last month, “Reminder for you & me — No matter where you are in life, take it season by season & laugh at your messes & mishaps. Be okay with where you are, & when you feel the tilt is heavy on one side, lean towards grace & this will help you through. 🤍”

The exes started dating in 2009, three years before their 2012 nuptials. Five months after tying the knot, Chrisley announced she was expecting their son.

The South Carolina native is the eldest daughter of Todd Chrisley’s large brood, though she is estranged from her 52-year-old father. Ahead of finalizing her divorce, she made headlines when she noted there will “never be a reconciliation” between the father-daughter duo.

“I think that the most that anyone could ask for at this point is for everyone to go on with their lives as they see fit and to just leave the other side alone. But at this point, there will be no chance for reconciliation,” Lindsie told Entertainment Tonight in September. “And unfortunately, I’m going to continue to respond to whatever allegations are put out.”

Todd had previously alleged that Lindsie cheated on Campbell in August 2019. He also accused his eldest child of leaking financial information to an investigator. Following the entrepreneur’s public claims, Lindsie later accused him and her stepbrother Chase Chrisley of attempted extortion. Ever since, the pair’s relationship has remained rocky.