Up close and PURRsonal! Hilarious snaps capture cats with VERY little regard for their owners’ privacy – from a moggy jealous of a toothbrush to one desperate to get in the shower

Anyone who owns a cat will know our much-loved felines like to know exactly what you’re up to – and these fluffy friends are no exception.

Pet owners from around the world have been sharing the funniest times they’ve caught their cat invading their personal space, with some of the funniest snaps collated into an online gallery compiled by BoredPanda.

In one instance, a man’s bath was interrupted by an affectionate kitten who could not bear to be left out of the fun and plonked herself on his chest as he lay in the water.

Elsewhere, a feline friend attempted to help its owner brush her teeth and another made it his mission to squeeze through a small gap in a door to get as close as possible to his owner. 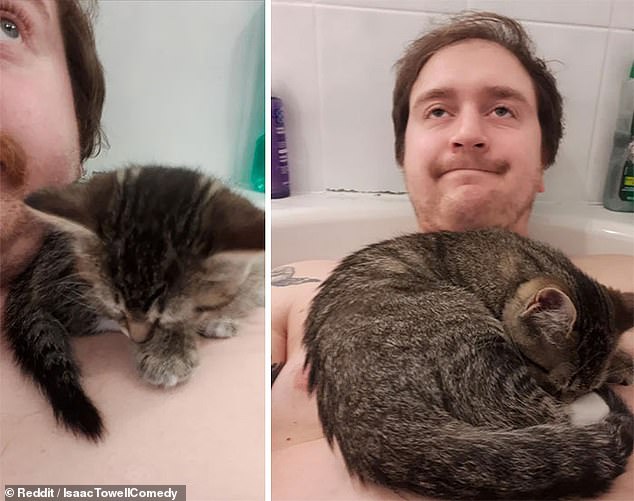 Water baby: This sweet kitten hopped onto her owner Isaac Towell’s chest while he was in the bath the first day he got her (left) and ever since then she has opted for joining him in the tub at their home in Toronto, Canada 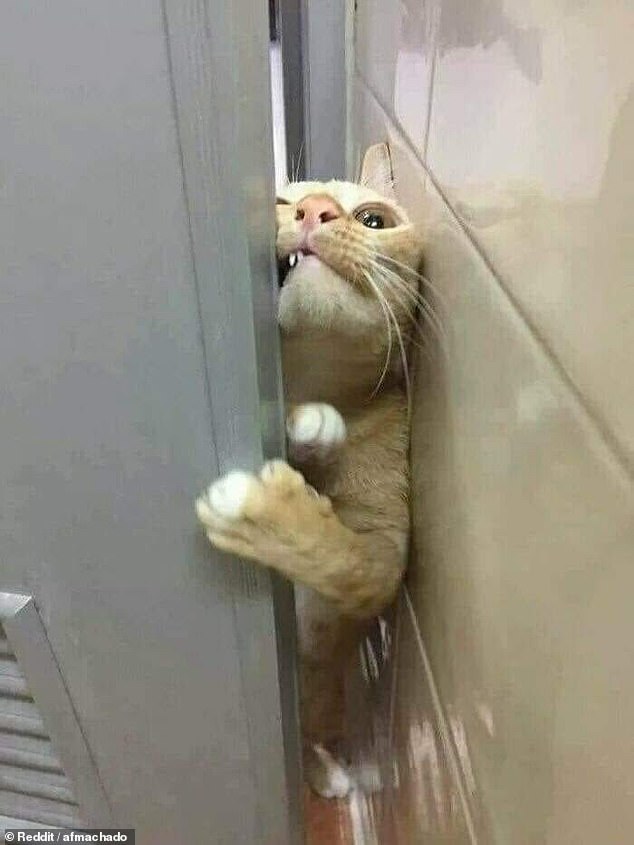 No escape: On a mission to get as close to his owner as possible, this sweet little feline attempted to squeeze himself through a small gap in the door, unaware the person inside just wanted some peace I promise I’m helping! While brushing her teeth every morning, this cat owner struggled not to be interrupted by her overly-friendly kitten 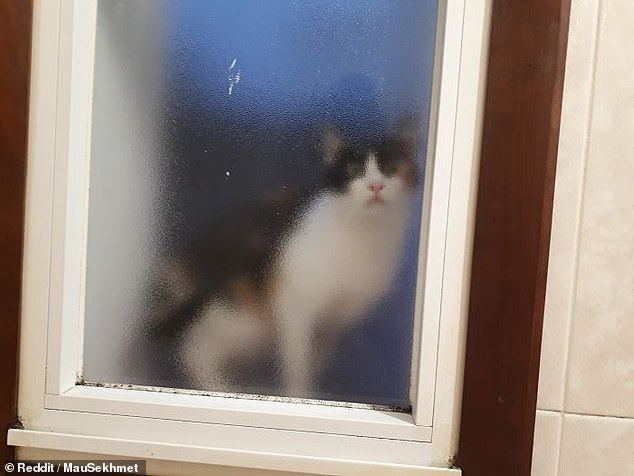 Peeping Tom: One Reddit user was given a fright when they spotted this unknown cat staring at them through the window of their bathroom 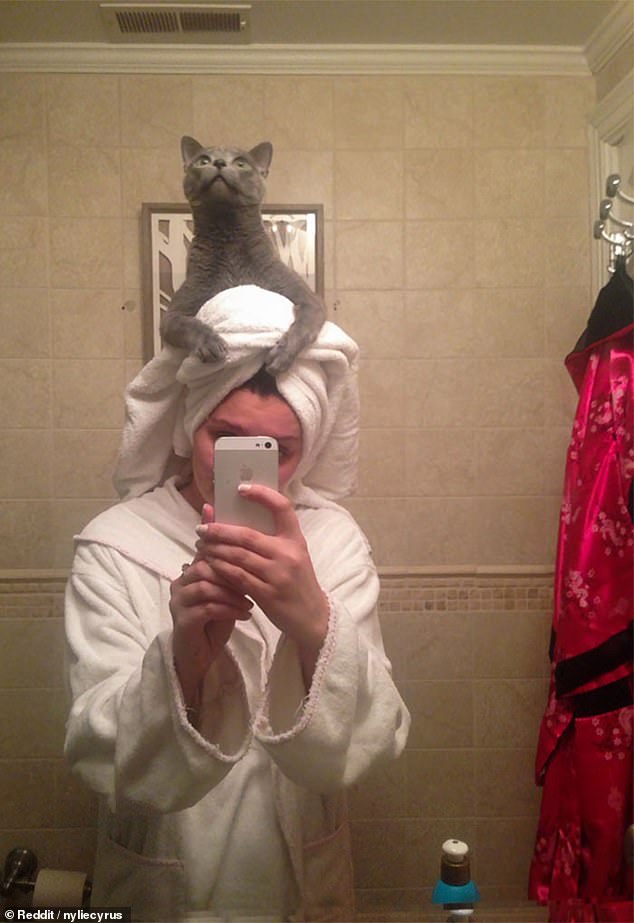 This grey cat uses his female owner a human climbing frame, moving from the toilet, to the sink, onto her shoulders before perching on her head 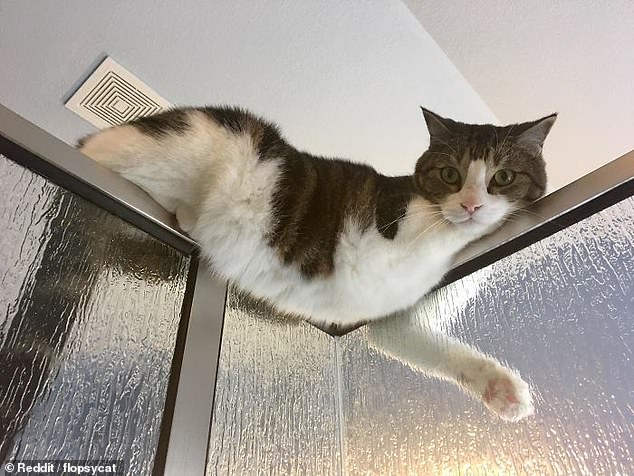 What’cha doing? While their owner showers, this cheeky cat from Austin, Texas, decided to precariously balance himself on the shower door to make sure he could stay as close as possible 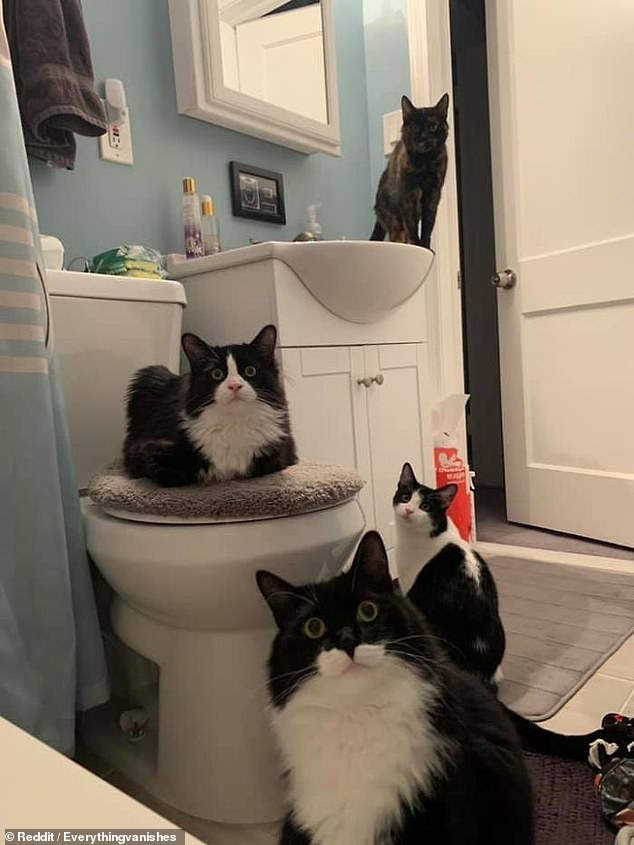 Always watching: This feline family, including Tux, Steve Rogers, Bucky Barnes and Trinity, refused to leave their owner in peace as they attempted to relax in the bath 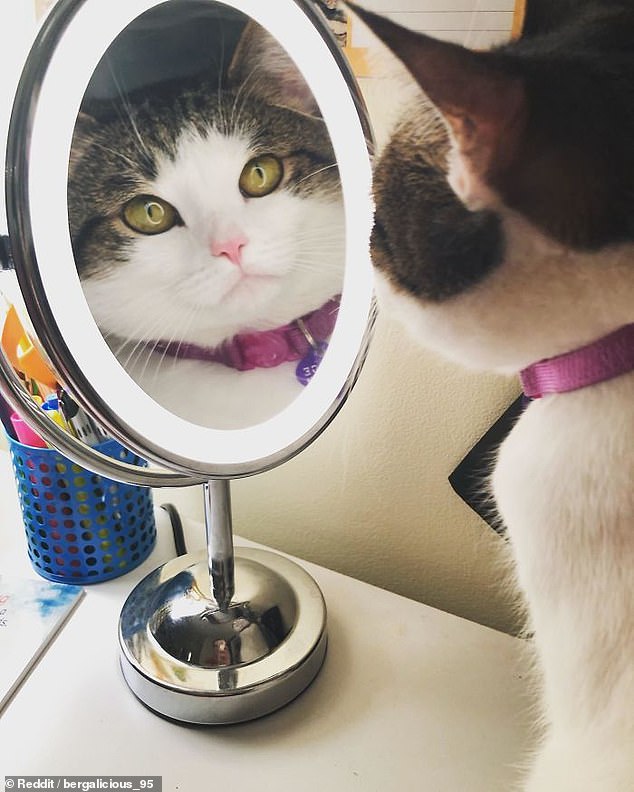 You’re so vain: As this white and tabby cat’s owner tried to wash their face the sweet cat decided it would be much better for her to stare at her owner through the reflection to get as close to them as possible 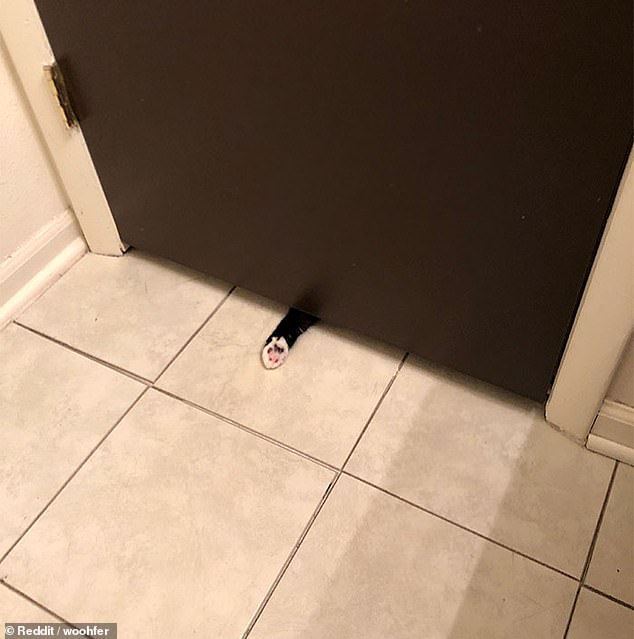 You ok in there? This extremely supportive cat wanted to offer a helping hand to the person in the toilet, who said ‘you’re never alone’ when you have a cat 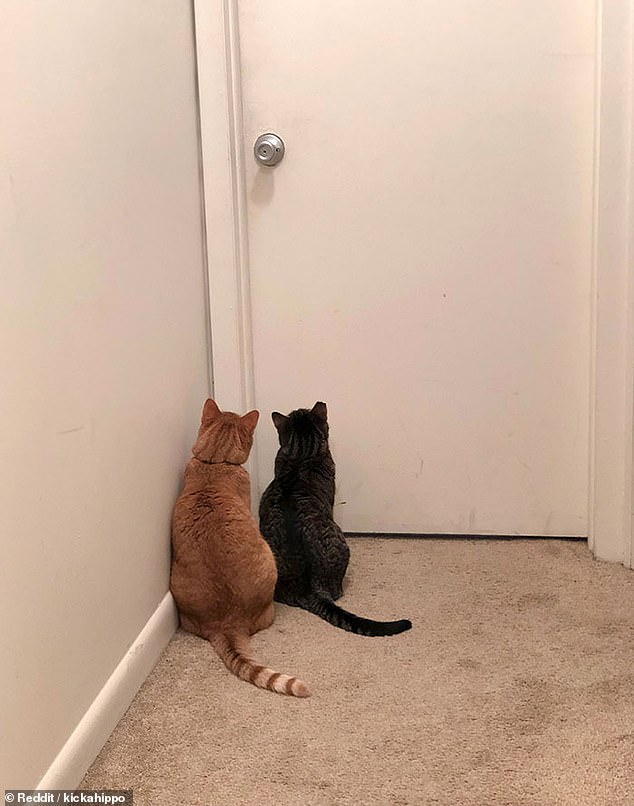 Patiently waiting: This feline duo were curious to know what their owner was doing behind the door and sat watching the door handle 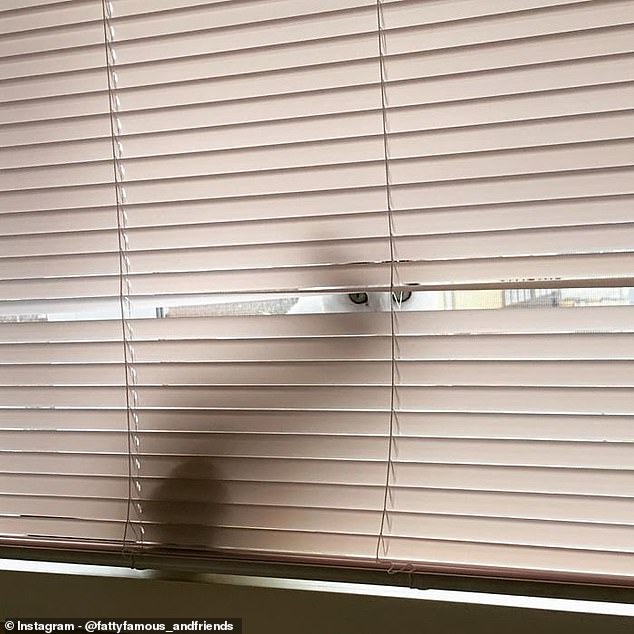 Hide and seek: Wherever you are in the house, your cat will never be too far behind – you just might not know it – like this sneaky feline who snooped on its owners through the blinds at their home in Charlotte, Michigan