Spider season, which occurs during the autumn months, is fast approaching. While many people have a fear of spiders, the daddy long legs is in fact a type of crane fly.

According to the Warwickshire Wildlife Trust, they are often incorrectly labelled as spiders due to their long legs.

Although slightly annoying, this type of crane fly is completely harmless and does not bite like some spiders.

Speaking previously to The Mirror during spider season, an expert from the trust explained why we should not kill daddy long legs despite many people fearing them.

Karl Curtis, director of reserves and community engagement at Warwickshire Wildlife Trust, said: “They are out this time of year because basically, they are hatching out of our lawns and various places – they live a lot of their lives underground as a grub, as a larva, and then what they do is they hatch out over the summer.

“Probably now is the last throw of the dice, and what they do is they come out and looking to mate, lay eggs back into vegetation and then they die off.” 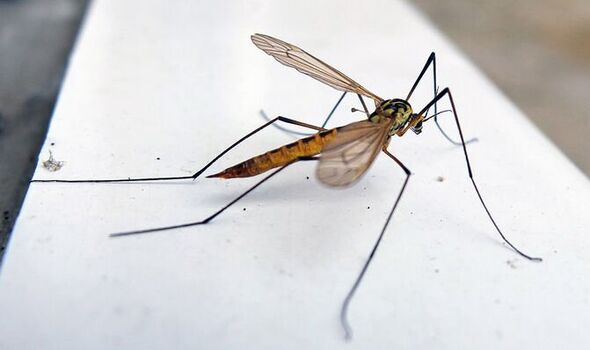 He added: “They often get confused with spiders but they’re not, they’re flies, they’re really good food source for birds, they’re really important to play their part so people should let them out their windows and not kill them.”

Mr Curtis also said that things like fly sprays are bad for the environment and other living things so should be avoided.

And he noted that crane flies are in fact not poisonous, contrary to popular belief and should not be feared.

He argued they have probably got a reputation for being poisonous as people mistakenly think they are cellar spiders.

“The very long spindly spiders that you get in the corners of your room, they’re called cellar spiders, those do pack a punch, but they are not dangerous to humans,” he said.

“[Crane flies] they’re absolutely harmless. While the female has a point on the end of her abdomen, that’s to lay eggs, it’s not a stinger.”

He went on: “The reason they come into the house is for warmth and they are attracted to light so if the lights are on in the house they come inside, and they hatch out in the darker hours to avoid being eaten by birds.

“They’re not looking for shelter, they’re out looking for a mate and then looking to lay eggs, they end up in houses because their favourite habitat is short grass and we have lawns.”