It seems not even two years of COVID-19 induced delays has dampened enthusiasm for No Time to Die. The 25th James Bond flick, and Daniel Craig’s final outing as the character he first took over in 2006’s Casino Royale, has earned rave early reviews following its premiere in London on Wednesday. 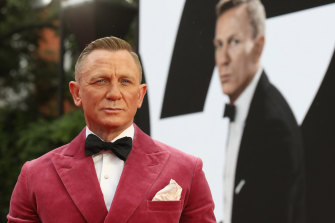 Daniel Craig at the world premiere of No Time to Die in London.Credit:Getty Images Europe

Which perhaps is to be expected. The hype around the Bond franchise is nothing if not consistent, even as wider discussions have increasingly questioned the character’s relevance almost 60 years on since his big-screen debut.

By the time Australian audiences get to see the film on November 11, it’s possible the extra month-and-a-half of quiet contemplation may have tamed the slightly nutty anticipation around its opening. Or maybe, as multiple critics have already posited, it really is a five-star classic? We’ll find out for ourselves soon.

In the meantime, the early verdicts are in and they are, to put it mildly, giddy.

A fitting farewell for Daniel Craig

After five films and 15 years in the role, it turns out Daniel Craig is a good Bond.

In a five-star review, The Guardian’s Peter Bradshaw was effusive about the return of Craig’s “handsome-Shrek face and lovable bat ears”, and praised the romantic, sensitive tinge he’s given his final take on the character. 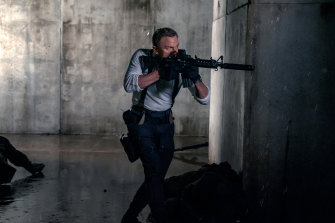 James Bond (Daniel Craig) in No Time to Die.

Empire critic John Nugent similarly praised Craig’s new-age Bond, calling the actor’s performance “the most interesting it has ever been”. “This Bond is more passionate, more impulsive, more sensitive and – dare we say – more romantic, breathing remarkable new dimensions into a decades-old character,” he wrote.

It’s unfortunate for Craig he finally achieved that on his last turn as Bond, but if a “sensitive, romantic” Bond is all critics need, Idris Elba will probably win an Oscar for Bond 26.

Too OTT, or not OTT enough?

Uproxx’s Mike Ryan called the film “mostly nonsense, Roger Moore-level absurd” – which might be a compliment depending on your affinity for Moore’s campy Bond – but added “the problem is the movie doesn’t always realise this should be a hoot”.

“When Craig let’s himself have some fun, the movie is better for it. There’s one truly terrific one-liner,” Ryan writes. Considering the movie is so long it’s been tagged online as “No Time to Pee” (it runs for just under three hours), that’s not the best minute-to-gag ratio – but if Phoebe Waller-Bridge penned it, I’ll take it.

In an all-star cast that also includes Rami Malek’s scarred supervillain Safin, Knives Out actor Ana de Armas – who you might remember from the cardboard cutout Ben Affleck trashed after their breakup – has been singled out as the film’s ultimate scene-stealer, with many calling for her character Paloma to get her own spin-off franchise.

Variety film writer Matt Donnelly called her “hands down the best part of No Time To Die… Funny and sexy and she gets to blow up stuff.” Really, that should be on the poster.

A final look at the past?

Praise has also circulated for director Cary Joji Fukunaga’s dynamic work in steering an ambitious screenplay that’s forced to contend with both Craig’s legacy as Bond and the franchise’s much-anticipated next steps.

One of the few negative takes from The Independent’s Clarisse Loughrey suggested the franchise’s baggage, its need to connect “strands, characters and ideas” from the past in an echo of the Marvel Cinematic Universe (the blockbuster genre’s prevailing template right now), hampers the film’s potential. “They’re here because it feels like they should be, to give Craig his last hoorah,” she wrote.

But Consequence‘s Clint Worthington read the film’s well-rounded female characters – including Lea Seydoux’s Madeleine Swann and new 007 Lashana Lynch – as a nod of things to come, suggesting No Time to Die’s thematic heft lies in “looking straight down the barrel at Craig’s old, creaky Bond and letting him know that he – and people like him – aren’t the centre of the world anymore”.

“Much of Bond’s time is spent among younger, capable women who can save the world just as well, if not better, than he could,” he wrote.

Not sure what the franchise’s core demographic of grandpas is gonna do with that information, but it’s exciting to imagine.

No Time To Die opens in Australian cinemas on November 11.