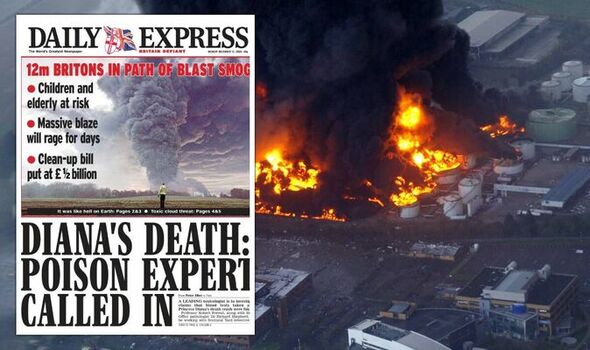 Some 43 people were injured after a huge blast, which registered 2.9 on the Richter scale, sent 60 million gallons of petrol up in flames. An inquiry revealed a storage tank had overflowed, causing a vapour cloud to build up, which was ignited by a spark.

59 years ago (1963) Kenya declared its independence from Britain after a struggle lasting more than 10 years. The Mau Mau rebellion began in 1952 and led to numerous disputes between the Kenya Land and Freedom Army and the British authorities.

The uprising led to the loss of at least 11,000 Kenyan lives and cost the UK £55million.

22 years ago (2000) The US Supreme Court settled a recount dispute in Florida in the 2000 presidential election between George W Bush and Al Gore.

Judges ordered an end to the recount process thereby ensuring victory for the Republicans and handing Bush the presidency.