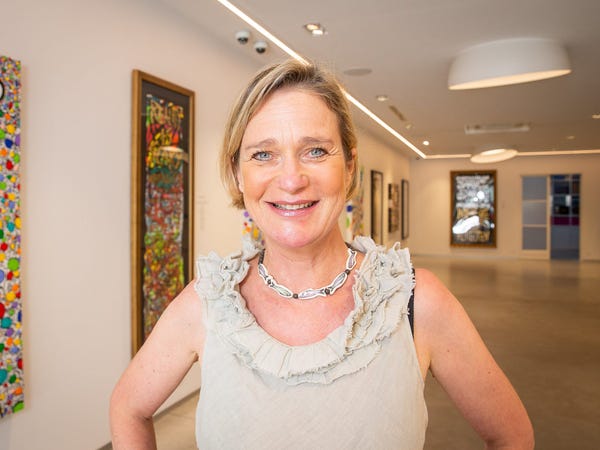 After a seven-year court battle, Delphine Boël is officially a Belgian princess.

Princess Delphine, 52, is King Albert II's daughter. The King, who ruled Belgium from 1993 to 2013, reportedly had an affair with Delphine's mother, Baroness Sybille de Selys Longchamp, between 1966 to 1984, leading to the princess' birth.

King Albert denied that Princess Delphine was his daughter until January of this year, when the Belgian court forced him to take a DNA test. Albert would have had to pay €5,000 ($5,586) per day if he didn't provide a sample for the test.

The test proved Princess Delphine's paternity after she started proceedings in 2013, and it led Albert to "accept" that she is his daughter, though she has publicly stated he is her father since 2005. The 85-year-old king has three children with his wife, and his son King Philippe is the current reigning monarch of Belgium.

In September, Delphine petitioned the court of Brussels to grant her the royal title and privileges that Albert's other children have had their entire lives. The court ruled in Delphine's favor on Thursday, making her an official princess.

The ruling makes Princess Delphine eligible for a royal inheritance when the King passes, and she and her two children are now able to change their last name to Saxe-Cobourg, which is King Albert's last name, as BBC reported.

Princess Delphine will not receive a royal endowment, though King Albert has to pay the legal fees she incurred during the lengthy court proceedings.

"A judicial victory will never replace a father's love, but it does offer a sense of justice," Marc Uyttendaele, one of Delphine's lawyers, said in a statement to BBC. "Many more children who have gone through similar ordeals may be able to find the strength to face them."

Representatives for King Albert II did not respond to Insider's request for comment before this piece was published.