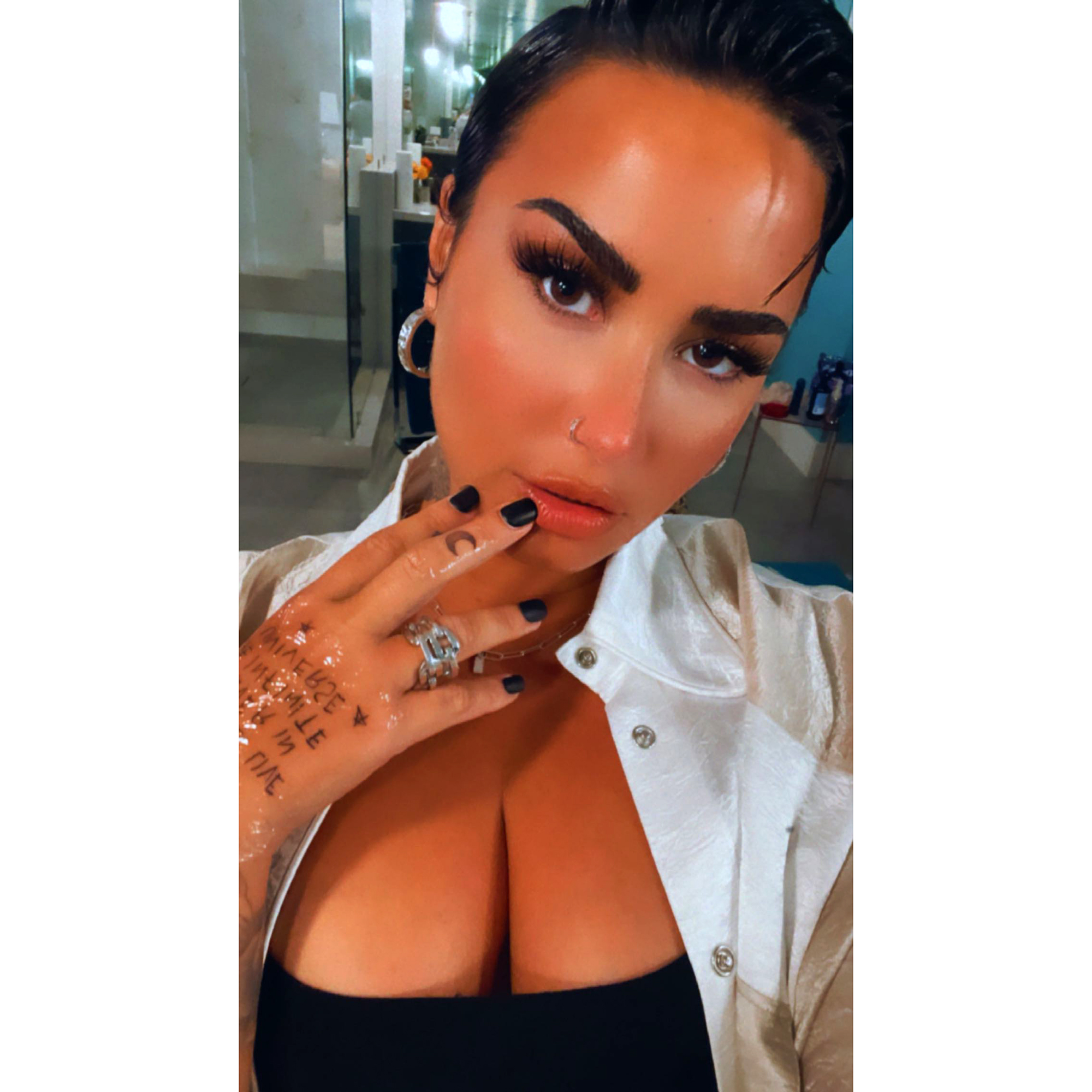 Demi Lovato Could See a Future Where They Identify as Trans

The “Dancing With the Devil” singer took to Instagram on Wednesday, August 25, to debut her new ink, giving her 113 million followers a close up look at their design, which was completed by Los Angeles-based tattoo artist Dr. Woo.

“THANK YOU @_dr_woo_ for making exactly what I asked for!!!! It’s perfect,” they captioned a snapshot.

On the face of their hand were the lyrics from Beautiful Chorus’ song, “Infinite Universe.” It read: “LOVE WILL LIVE FOREVER IN THE INFINITE UNIVERSE.” The text was surrounded by hand drawn stars and planets. 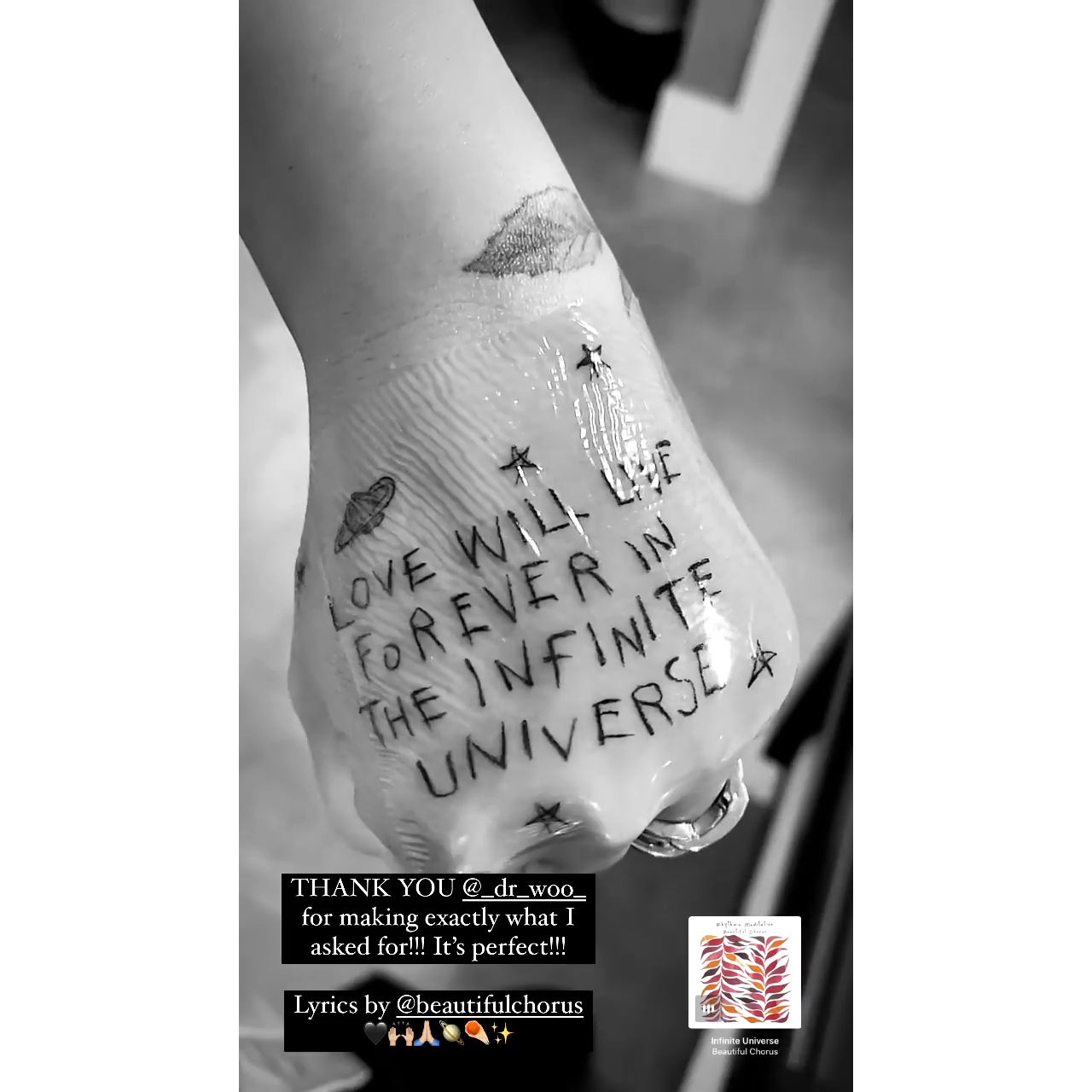 Lovato has been through own journey in regards to love, opening up earlier this year about her relationship with ex-fiancé Max Ehrich, which was a “huge sign” about their sexuality. The singer came out as non-binary in May.

“When I started getting older, I started realizing how queer I really am,” the singer told Glamour magazine in March. “This past year I was engaged to a man, and when it didn’t work, I was like, ‘This is a huge sign.’ I thought I was going to spend my life with someone. Now that I wasn’t going to, I felt this sense of relief that I could live my truth.”

Ehrich and the Camp Rock star got engaged in July 2020 after a dating for a few months. Two months later, they called it quits.

“I hooked up with a girl and was like, ‘I like this a lot more.’ It felt better. It felt right,” they told the outlet. “Some of the guys I was hanging out with — when it would come time to be sexual or intimate, I would have this kind of visceral reaction. Like, ‘I just don’t want to put my mouth there.’”

They continued: “It wasn’t even based on the person it was with. I just found myself really appreciating the friendships of those people more than the romance, and I didn’t want the romance from anybody of the opposite sex.”

Two months following the interview, Lovato announced via Instagram that they identify with the pronouns they/them.

“Every day we wake up, we are given another opportunity and chance to be who we want and wish to be. I’ve spent the majority of my life growing in front of all of your … you’ve seen the good, the bad and everything in between,” they captioned her Instagram post. “Not only has my life been a journey for myself, I was also living for those on the other side of the cameras. Today is a day I’m so happy to share more of my life with you all — I am proud to let you know that I identify as non-binary and will officially be changing my pronouns to they/them moving forward.”