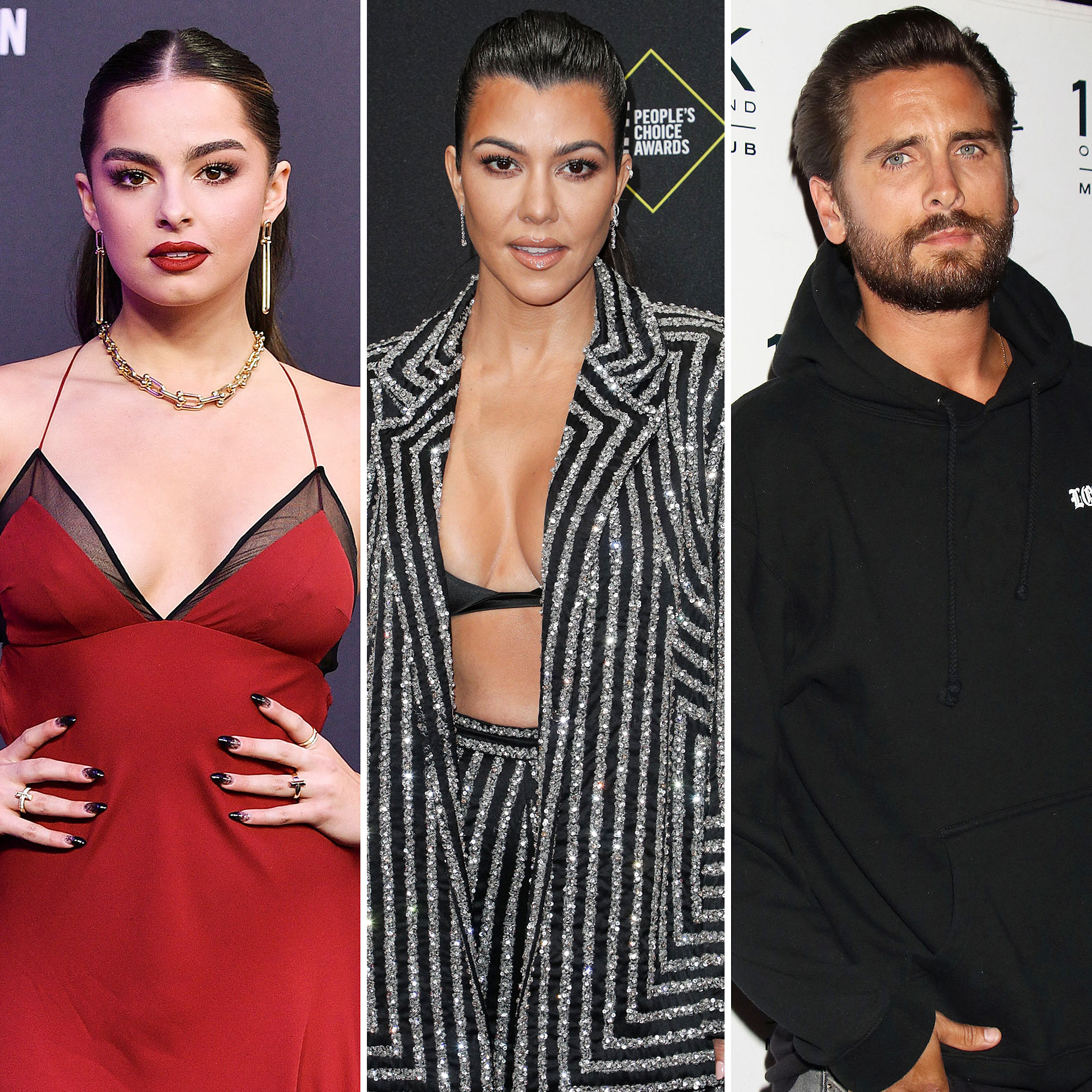 Celebrity BFFs Through the Years: Photos

During an appearance on Watch What Happens Live With Andy Cohen on Thursday, September 9, Andy Cohen asked the He’s All That star, 20, if she thought “Kourtney and Scott are destined to be together.”

The Louisiana native quickly replied with a laugh, “No.”

The 53-year-old Most Talkative author also asked the popular TikTok star if she was “surprised” about the 38-year-old Talentless founder’s alleged social media messages to Younes Bendjima about the 42-year-old Poosh founder’s relationship with Travis Barker.

“Was I surprised? Oh, my gosh, I feel like this is not my question to answer,” Rae said before turning to fellow guest Jason Biggs and asking him, “Were you surprised?”

The influencer also told Cohen how she met Kardashian.

Scott Disick’s Feelings About Kourtney and Travis: Everything We Know

“We met because [her son] Mason [Disick] had loved TikTok and is super, like, [active] on TikTok, so [he] wanted to meet me,” she recalled. “And then we ended up meeting and then started to work out together because we both like to work out and her trainer is so hard, and then we started working out all the time together and we became close.”

Along with the Keeping Up With the Kardashians alum, Rae is friends with Kylie Jenner and has “hung out” with her a few times.

Kardashian, for her part, isn’t shying away from sharing her love for Barker, 45 — but Disick’s love life has been more rocky. On Tuesday, September 7, Us Weekly confirmed his split from girlfriend Amelia Gray Hamlin.

“It had a lot to do with how [Amelia’s] mom, [Lisa Rinna], felt about him — she was never a fan,” a source exclusively revealed.

Their split came days after the Flip It Like Disick alum allegedly sent DMs to Bendjima, 28, about Kardashian’s PDA-filled vacation with the Blink-182 drummer.

“Yo is this chick ok!????? Brooo like what is this. In the middle of Italy,” the New York native wrote in the alleged messages, referencing photos from the couple’s Italian getaway.

At the time, Bendjima replied, “Don’t matter to me as long as she’s happy. PS: i aint your bro.” He also captioned his Instagram Story message, “Keep the same energy you had about me publicly, privately.”

The model wrote in another post, “Couldn’t miss this one. He been playing around for too long, tried to stay quiet and be the nice guy. Back to work now 10km.”

The former boxer dated Kardashian on and off between 2016 and 2019. She shares Mason, 11, Penelope, 9, and Reign, 6, with Disick, who she was with on and off for nine years before their 2015 split. In January, the reality star went public with Barker.