A double amputee has revealed how she discovered her feet ‘starting to come off’, after going for a walk, ending up lost and missing in a snowy wood for six days.

Aerial silks performer Erin Ball, 39, from Ontario, Canada, found herself lost after going for a walk through a snowy wood in 2014.

A police dog found her six days later in the freezing cold, unconscious and fighting for her life.

She woke up in hospital and says her feet were ‘starting to come off’ due to severe frostbite, leaving left doctors with no other option but to amputate her damaged feet and part of her lower legs. 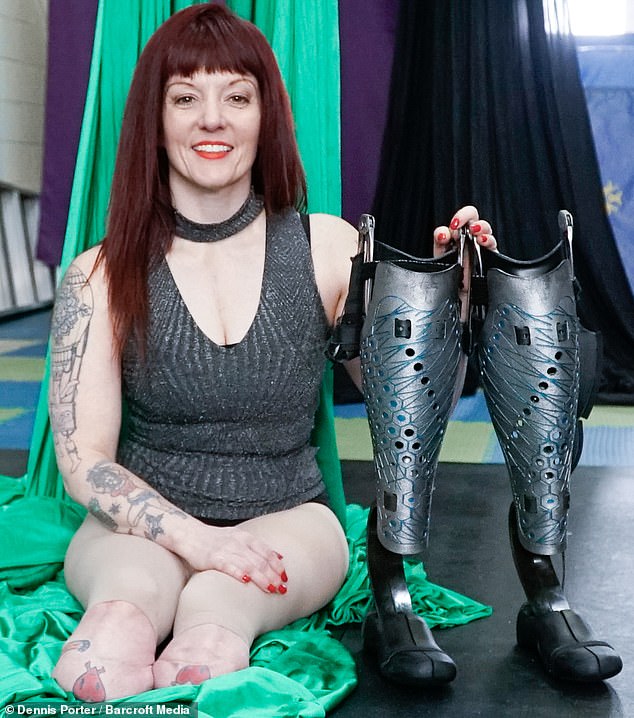 Erin Ball, 39, from Ontario, went missing for six days after getting lost in a snowy wood, and woke up to discover her feet were ‘starting to come off’ 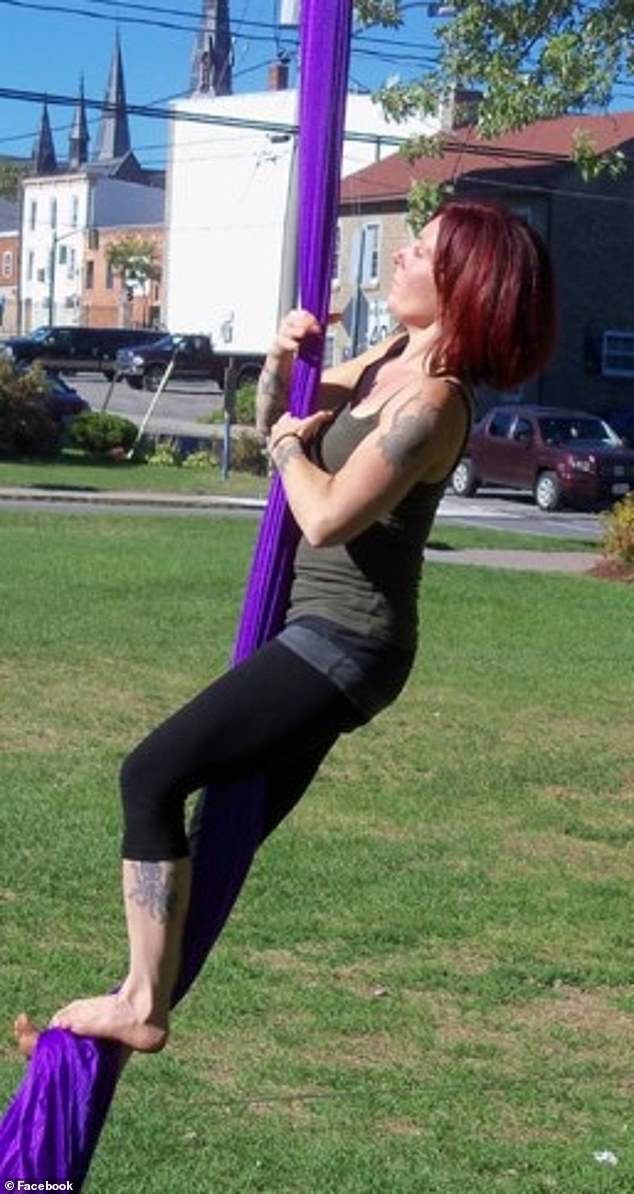 Erin was a passionate aerial silks performer before she lost her legs (pictured in 2012, before the amputation)

Erin said: ‘I was doing circus and that was making me really happy, but my life outside of that wasn’t great.

‘I went for a drive and I got out of my car and went for a walk in the woods, but my boots were not waterproof and it was winter.

‘I wasn’t paying attention to where I was going, I sat down and didn’t know what to do.’

She explained: ‘When I went to get up, I couldn’t feel my feet, they had gotten really wet because I had walked through snow.’ 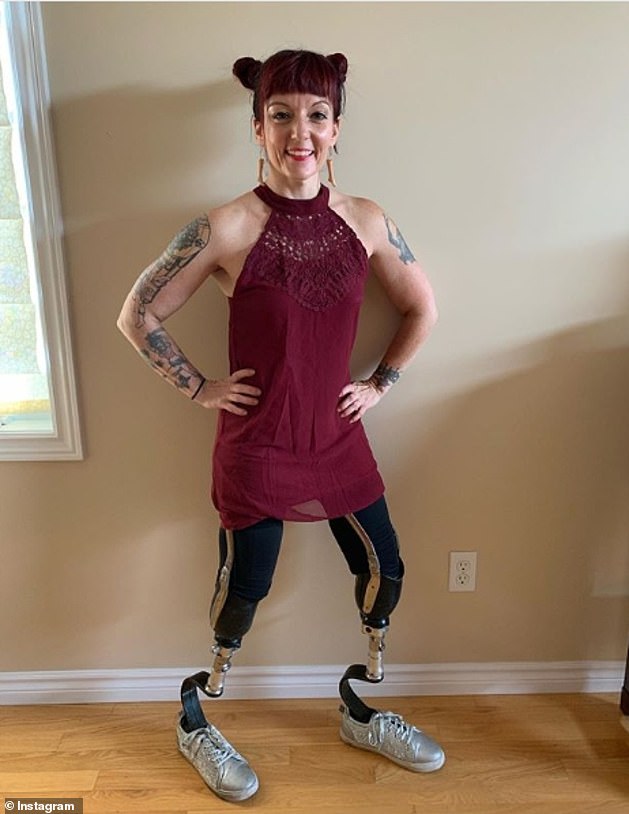 She said: ‘At the time I didn’t think much of it that point, but I had walked through snow and it was swampy and icey in there.

‘My feet were numb, so I couldn’t walk on them. So I crawled. For a while I just had it in my head, I’ll get back to my car.’

But Erin discovered she was lost in the woods, with nobody there to help her.

She explained: ‘I started to panic and scream for help, obviously nobody came, I don’t remember anything after that.’ 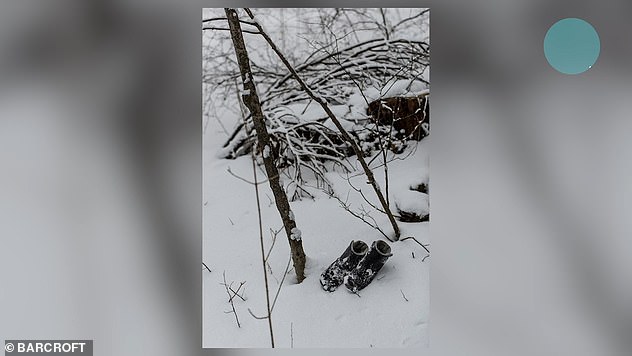 She described getting lost in the wood, and said she was forced to crawl through the snow after her feet went numb (pictured, the boots Erin wore during the walk through the snow)

She was found six days later by a police dog, unconscious with a body temperature of 66°F (19°C).

Erin’s mother, Kathleen Ball said: ‘I remember it was a Thursday, I received a phone call from the police.

‘They were asking me if my daughter knew anybody up in the Tamworth area, and they said they think they found her, and they’ll be flying her in by helicopter.’

Erin went on: ‘They flew me into the hospital, opened me up and slowly put warm fluids into me to warm me up. 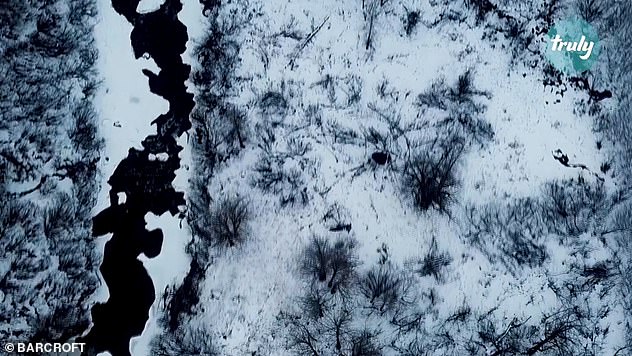 Erin was found in the snowy wood after six days, and flown to hospital where doctors tried to save her  life  (pictured, the forest where she was found)

‘When I woke up, I couldn’t see anything but I could hear. And I remember hearing, we’re not going to show her her feet just yet.’

Kathleen called the scene ‘very gruesome’, saying: ‘Her feet were falling off, you just came to the door and you could smell them.’

Erin added: ‘My feet were at a point where there was absolutely no return, they were starting to come off.’

She said ‘yes’ and went ahead with the surgery, revealing: ‘When I woke up I thought just my feet would be gone, and then I saw I had a few inches below my knees and my legs were bandaged up.’ 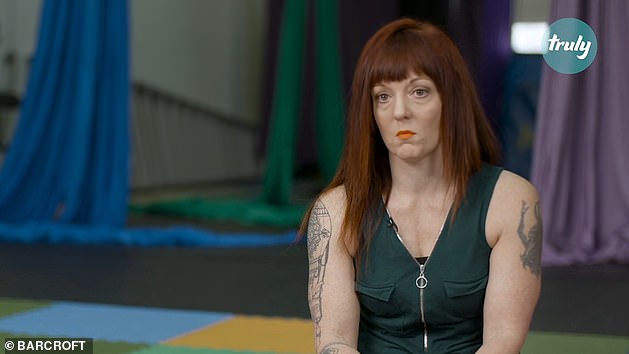 Erin said that when she woke up after life-saving surgery, she could see her feet were ‘starting to come off’ 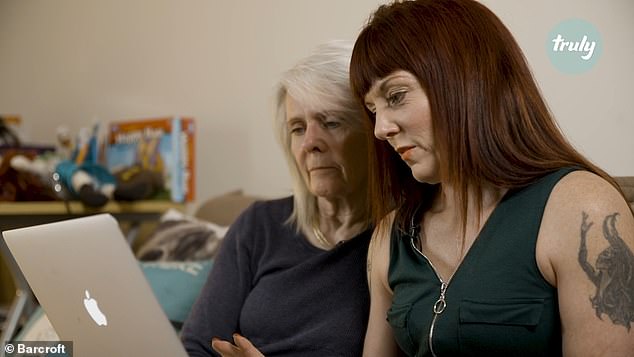 ‘I really don’t even know how to put into words in that moment what it felt like. It felt like my circus career was over.’

Erin spent the year following her surgery withdrawn, isolated and in bed wishing she would die.

Before losing her legs, Erin had spent several years as a circus arts performer, specialising in acrobatics and aerials.

Erin explained: ‘I started learning circus about 11 years ago and I just loved it. I discovered aerial arts and was just completely hooked. 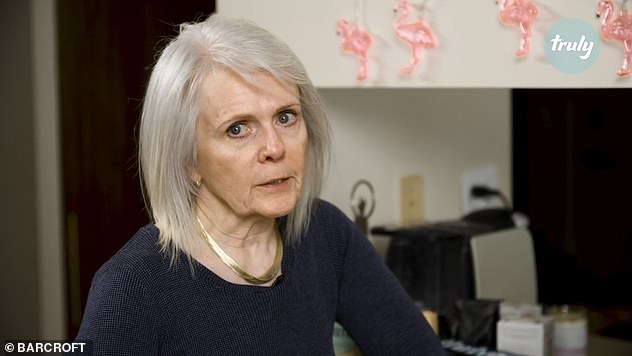 Erin’s mother Kathleen called the frostbite ‘very gruesome’, revealing: ‘You just came to the door and you could smell them’ 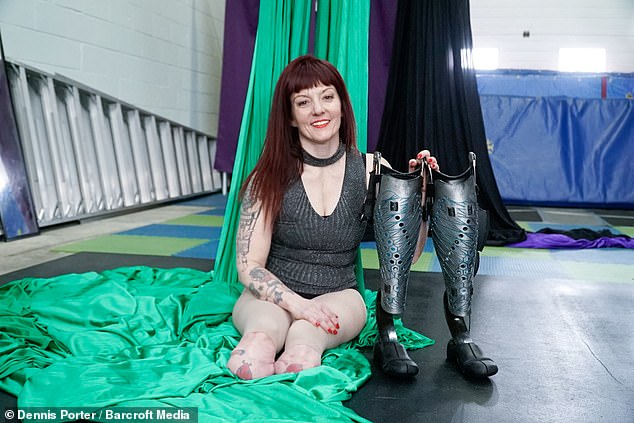 Erin went on to suffer from depression after her surgery, but has now recovered and is back to performing aerial silks (pictured with her prosthetic legs)

‘When I perform in front of people, I feel excited, nervous and like it’s where I should be.

She added: ‘Acrobatics plays a huge role, if I am not doing it or teaching it, I’m thinking about it.’

Desperately wanting to return to the performing art she once loved, Erin was unsure if it was even possible.

Erin said: ‘It felt like my circus career was over. I didn’t know anybody who was in the disabled community. 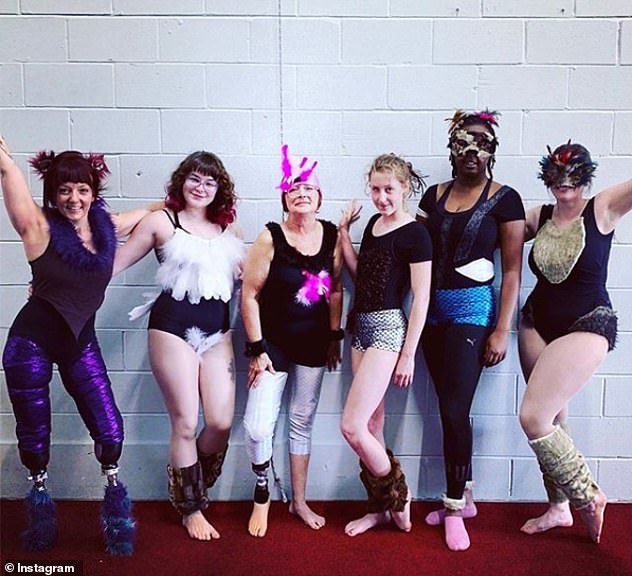 Erin said starting circus performing gave her a family, a home as well as a physical and creative outlet after her accident

‘All I knew about disability and using wheelchairs was that it was bad. I feel that was the message that was put out in a lot of society.’

Erin began physiotherapy and decided to learn to walk and perform again.

She recognised the additional psychological benefits practising circus skills gave her, this inspired her to open a school to teach other people acrobatics.