The bidding site, eBay, is full of cheap deals and can be a great place for those hoping to grab a bargain. Although there are many deals to be had, the website also has some items which will cause buyers to splash the cash. Recently, a Kew Gardens fifty pence piece sold for much more than face value. The coin sold for a whopping £149.99 but the bidder may have actually got a good deal.

The eBay user, “jackcoins1975”, put the coin up for sale along with four photos of it.

They also revealed they have seven of the Kew Garden coins, which means there are still six available to buy.

On top of the huge selling price, the winning bidder will have to pay £2.33 for the coin to be delivered by 2nd class mail.

Although the coin has been described as “very rare” this may not be the case. 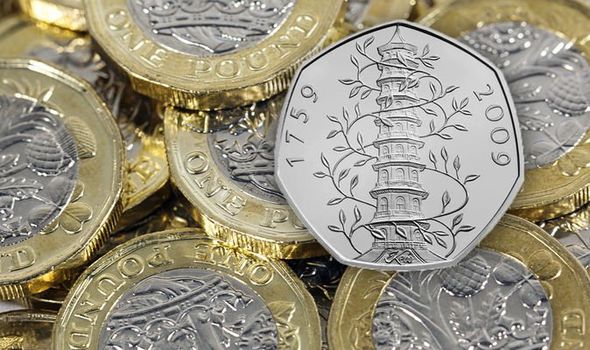 How rare is the coin?

The Kew Gardens coin was first released in 2009 to mark the 250th anniversary of the Royal Botanic Gardens in London.

It was designed by Christopher Le Brun and features a graphic of the Kew’s Chinese Pagoda.

The coin was released with a mintage of just 210,000 and it is ranked at 100 on the scarcity index, according to Change Checker.

This means the coin is not only rare, but the scarcest 50p coin out there, which means the bidder may have got a bargain. 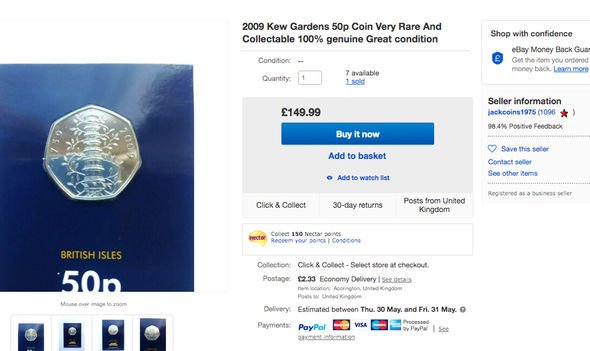 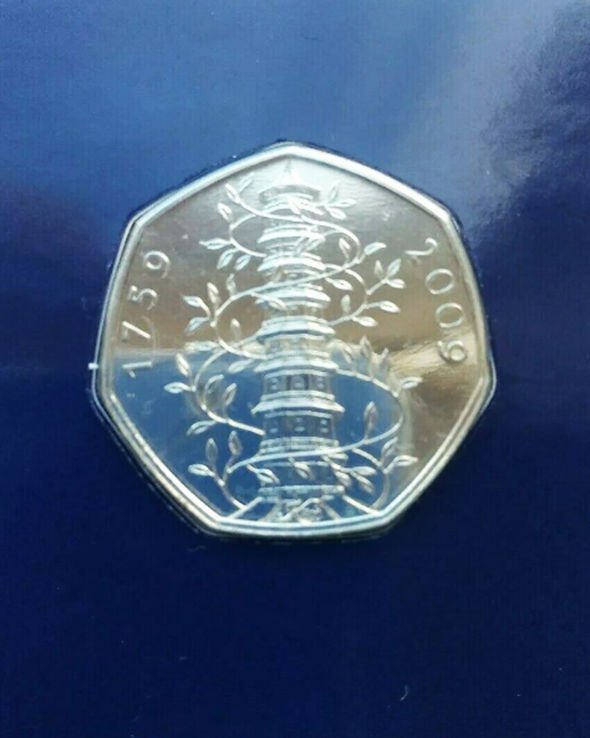 The coin publication, Spend it? Save it? What should you do? also described the coin as extremely rare.

They gave the coin a valuation of £100 and, although this is higher than face value, it seems the buyer still overpaid for the coin.

Commemorative coins are often put on sale for much more than face value and a Victoria Cross 50p coin was recently selling for £1,300.

However, experts gave the coin a valuation of just £3.

Another “rare” Benjamin Bunny coin was put on sale for £2500 despite being worth just £4.

The most rare £1 coins are all part of a series celebrating the British capitals.

The rarest 50p coin is the Kew Gardens coin, which is also the rarest coin in circulation. It there were only 210,000 minted.

It is not so easy to evaluate the rarest 20p coins, 10p coins and even 2p coins as exact circulation figures are not known.

However, various versions of the coins are known to sell for large sums.