Commemorative coins are of great interest to many, especially coin enthusiasts and collectors. eBay has become a popular place to look for such goods, with the auction site listing hundreds of supposedly “rare” coins on a regular basis. One such piece is this Tom Kitten 50p coin, which was put up for sale for £2,430. Branded “rare” by its current owner, the seller – “j-j87” – suggested a starting price of £2,430. As well as the high price tag, the current owner also requires the buyer to pay a £7.29 express delivery fee, so this coin won’t come cheap to the new owner. But at over 4000 times its face value, is this coin as rare as the seller claims?

The Tom Kitten coin was released in 2017 as part of the Beatrix Potter commemorative collection to mark 150 years since the author’s birth.

It had a mintage of 9,300,000 upon its release two years ago, meaning it’s not as rare as collectors might have thought.

How much is it really worth?

According to publication Spend It? Save It? What Should You Do?, experts explain the commemorative coin’s actual value is £4.

Issued in 2017, the Tom Kitten 50p is still available to buy from the Royal Mint’s website for just £10. 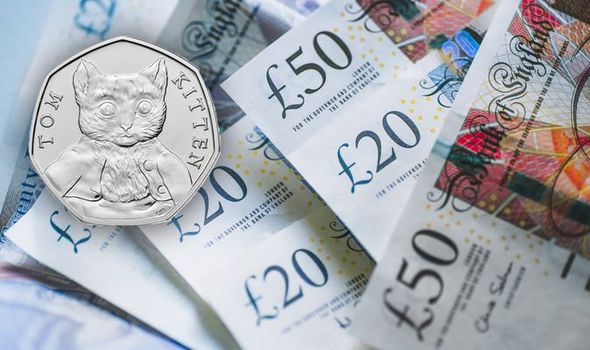 Why are Beatrix Potter coins so popular?

He explained: “These coins are highly collectible due to their beautiful illustrative design, to which a lot of people attach a strong sense of nostalgia.

“There has been a lot of hype surrounding these coins, but the reality is that these coins mainly sell for a few pounds (which is of course better than their true monetary value).

“These have been produced in very large quantities; to put it into perspective, last year, a single design from the Beatrix Potter collection had over 2,000,000 coins in circulation.” 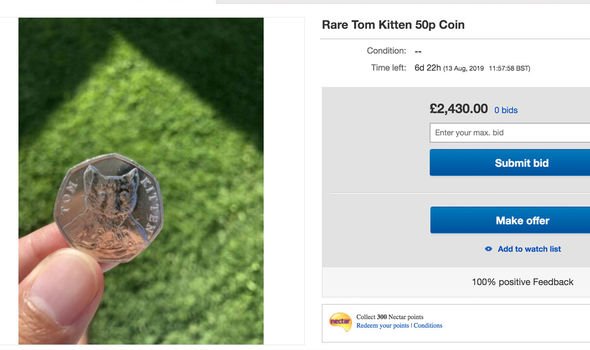 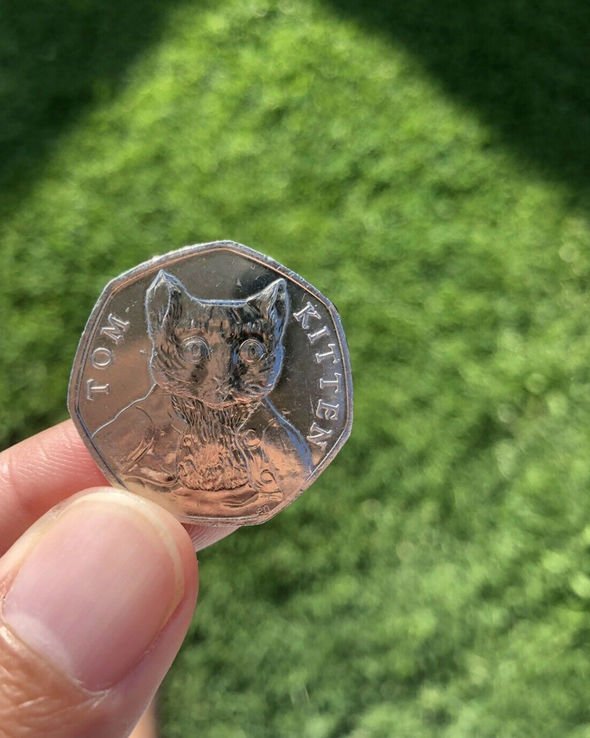 Are eBay sellers allowed to sell items so high?

The publication Spend It? Save It? What Should You Do? explained that sellers are within their right to sell coins at whatever price they choose, which could explain why some pieces are listed for as high as £8,000.

And more often than not, the coins aren’t even worth that, so the buyer still ends up paying more than it is worth.