Emily VanCamp, who has starred on ‘The Resident’ since it premiered in 2018, won’t return for Season 5, a new report claims.

Emily VanCamp is leaving The Resident, according to a new report by TVLine. The former Revenge star, who recently welcomed her first child — a baby girl named Iris — with husband Josh Bowman, has starred on the Fox series since it premiered in 2018, so her exit is definitely unexpected.

At this time, TVLine reports that the circumstances behind Emily’s exit are not yet known — but she definitely won’t be back for Season 5. HollywoodLife reached out to Fox for a statement, but they declined to comment at this time. 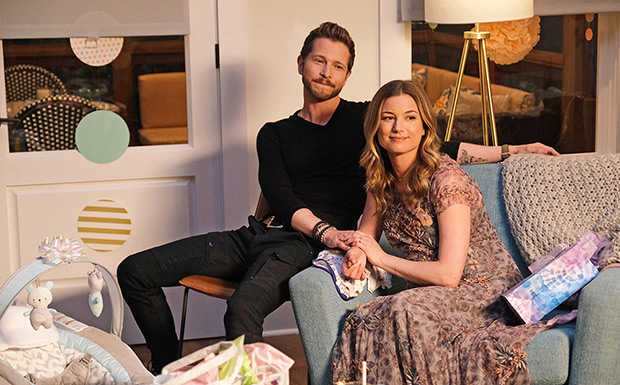 Emily played nurse practitioner Nic Nevin in the series, and her character also served as a love interest for Matt Czuchry’s Conrad Hawkins. Nic and Conrad got married in the Season 4 premiere, and gave birth to their first child in the Season 4 finale in May.

New teasers for Season 5 tease a possible tragedy with cops arriving at Conrad’s door, and co-showrunner Peter Elkoff recently teased a “major, and potentially game-changing, development”, according to an interview with TVLine, so it’s very possible Peter was alluding to Emily’s eventual exit from the series.

“When our audience — our loyal and beloved audience — tunes in for the first episode of Season 5, by the time it’s over, they will be shocked at certain changes that are taking place at the hospital,” Peter said at the time. “That’s all I’m going to say.”