Saturday’s commanding election win by the government threw up a number of intriguing contests, with both Labor and the Liberals defying expectations in key parts of the state.

Labor recorded thumping results in some middle-ring eastern suburbs, but there were sizable swings against it in lower socio-economic western and northern suburbs. 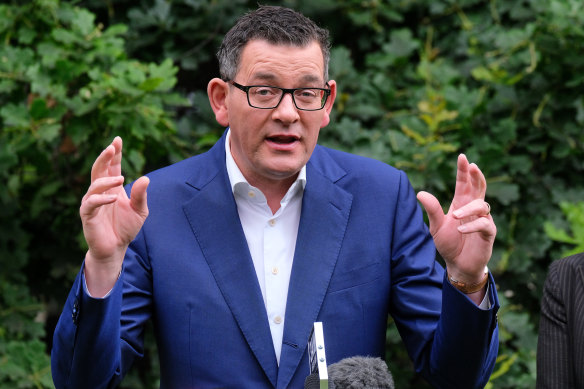 Liberal support remained steady against teal challenges, but the party shed votes to right-wing micro parties and could not translate big swings in the Labor heartland into wins.

And the Greens challenge was thwarted in a number of seats thanks to robust support for the Victorian Socialists.

The government has secured at least 52 seats and may go close to matching its 2018 haul of 55 seats. A handful of electorates, including Pakenham, Hastings and Bass, remain too close to call.

With about 69 per cent of votes counted, these totals were broadly in line with published polling.

Pollsters and ABC analyst Antony Green said the drop in support for Labor did not result in a loss of many seats because most of the votes shed were in working-class Labor seats held on massive margins that could not be clawed back, even with large swings.

In his statement on Sunday announcing his resignation, Opposition Leader Matthew Guy noted the “profound” swings in these Labor strongholds and heralded the “huge future electoral opportunity” for the party in those seats.

Green said the outcome surprised him, and before Saturday, he had expected Labor to win a maximum of 48 seats. “There was a swing to Labor in the eastern suburbs and there was a massive swing against Labor in the western suburbs,” he said.

He said he was “completely surprised” at Labor’s gains in the eastern suburbs, where Liberal Party internal research suggests a growing proportion of white-collar professionals and renters were making it more difficult for the Coalition to win votes.

Central to the opposition’s struggles in these areas – where it lost between 7 and 11 per cent of first preference support – was a shift towards right-wing micro parties such as the Freedom Party, Family First and Democratic Labour Party. These groups, which campaigned on a mix of anti-lockdown grievances and social conservatism, won an average vote share of 5.75 per cent in the five seats listed above.

These results indicate the opposition was unable to secure enough support from sections of the community that were particularly animated by Premier Daniel Andrews’ pandemic response. It may demonstrate that the Coalition lost middle-of-the-road voters by trying to win right-wing votes.

Deputy Premier Jacinta Allan said the overall result displayed a resounding endorsement of Labor’s agenda. However, she acknowledged “profound” social and economic effects were worse in some parts of Melbourne.

“There is no doubt in some parts … and we saw this at the federal election, there are people sending a message about what else they want to see,” she said on ABC radio, noting the loss of retiring MPs also contributed to drops in support.

While Saturday’s result was parlous for the Coalition, its ability to fend off challenges from progressive independent candidates in wealthy, inner-urban electorates has generated optimism.

The left-wing vote in these seats was gobbled up by the Victorian Socialists, who ran a strong ground campaign on a staunchly left-wing platform. Its average first preference vote was 7.16 per cent, including: Footscray (9.9 per cent), Brunswick (8.3 per cent), Northcote (6.8 per cent), Melbourne (6 per cent) and Richmond (4.8 per cent).