Father of private school girl, 26, who died fighting ISIS in Syria says he feels both ‘pride’ and ‘guilt’ that he didn’t do more to stop her – but insists she ‘wouldn’t take no for an answer’

The father of a woman who left Britain to fight Isis in 2017 with an all-female army, and then died on the battlefield eight months later, says he ‘should’ve done more’ on This Morning.

Ahead of a new BBC2 documentary airing tomorrow night, Dirk Campbell, spoke about his daughter Anna, who was killed by an air strike at the age of 26 in March last year.

At the tine, she was trying to evacuate civilians from the besieged northern city of Afrin. Anna is the only British woman to have died alongside Kurdish forces in Syria.

Speaking to presenters Holly Willoughby and Phillip Schofield on how he’s coping since his daughter’s death, Dirk admitted: ‘One doesn’t really come to terms with a thing like that…I should’ve done more…She wouldn’t take no for an answer, she was that tough.’

He added: ‘I have two strong feelings one is grief, the loss of her as a strong wise woman and obviously pride. I am proud of her. I think she was an exceptional person and she packed more into her life than most. ‘ 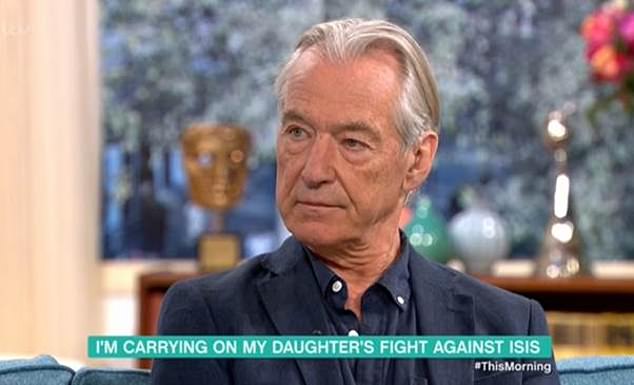 Dirk Campbell, whose daughter Anna was killed by an air strike at the age of 26, appeared on ITV’s This Morning on Tuesday. Speaking of her death, he said: One doesn’t really come to terms with a thing like that…I should’ve done more…She wouldn’t take no for an answer, she was that tough’ 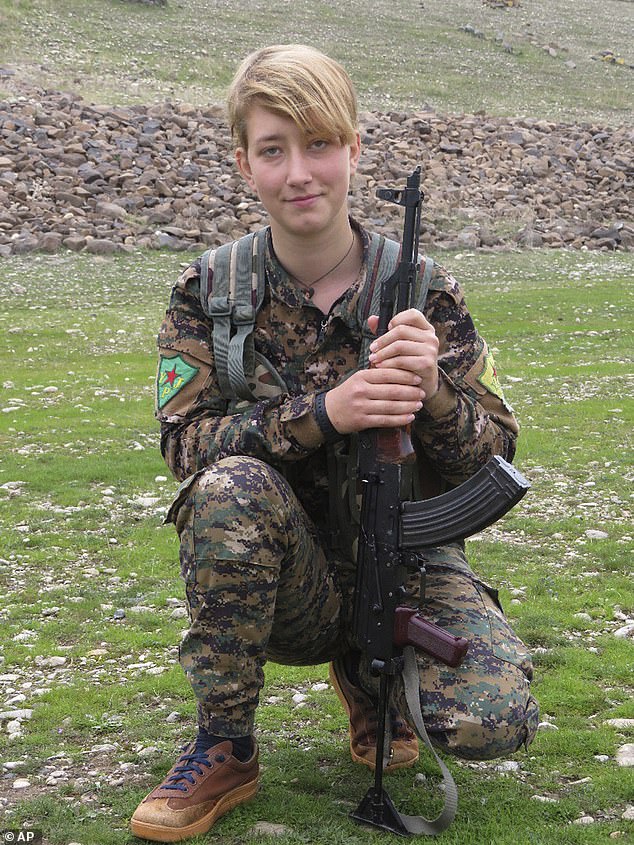 Undated photo provided by The Kurdish People’s Protection Units (YPG) a Syrian Kurdish militia, shows Anna Campbell, 26, a British citizen who was a fighter with the Kurdish female militia

Describing Anna as an ‘amazing woman,’ Dirk added: ‘She was full of life, full of a sort of sense of importance of what she could contribute to life.’

‘She was about justice, she was about the moral issues. Very resolute [in] whatever she decided to do.’

Having been introduced to activism by her late mother, Anna was taken to protests from a very young age.

‘She [Anna’s mother, Adrienne] created a family culture which was non-conformist and a bit revolutionary and a bit radical,’ he explained.

‘It was mainly about environmental issues…but also very much political issues, and trying to create a better world in whatever way one can.’ 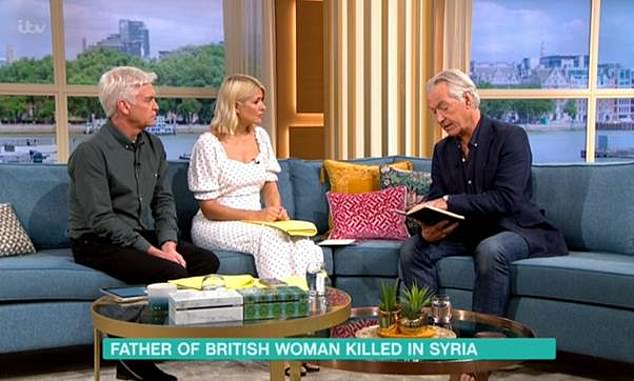 Dirk told This Morning presenters Holly and Philip that Anna was an ‘amazing woman’ and added: ‘She was full of life, full of a sort of sense of importance of what she could contribute to life’ 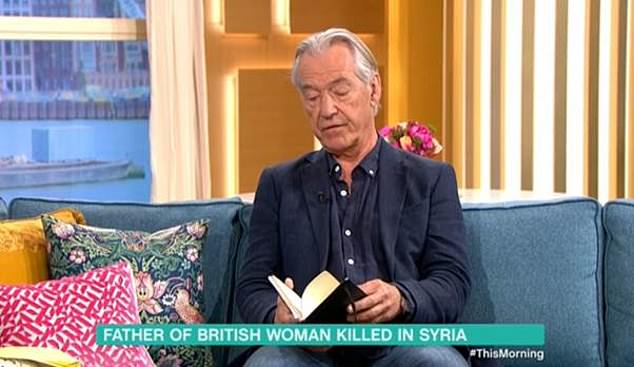 Dirk explained to the presenters that he discovered his daughter had kept a diary, but that they were reluctant to give it to him because it contained ‘confidential information’ 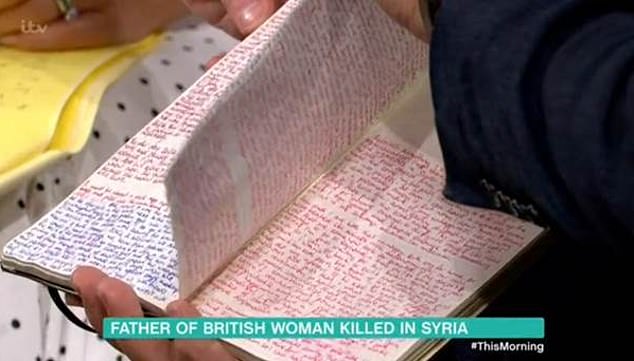 The proud father insisted it was not acceptable to keep the diary from him, and he went on to describe it as ‘almost a day-to-day transcript’

Following Adrienne’s death in 2012, Anna got in touch with Kurdish activists online and signed up with the Kurdish Women’s Protection Unit, she then smuggled herself into Northern Syria and became fully involved.

Anna told her father she was going, but on asking her to stay Dirk said: ‘Well, we all tried to in our own different ways.’

‘All members of her family and friends said: “Please don’t do this, it’s a really bad idea, it’s really dangerous” but I’d been in enough discussions with her to know when arguing was futile.’

He continued: ‘Also, I didn’t want to disrespect her opinion. I thought what she was doing was important enough for her that I could support her by feeling proud so that she didn’t feel like she was out on a limb on her own.’

Speaking to the presenters, Dirk discussed the contact he’d had with his daughter whilst she was fighting against the conflict in Syria.

‘I told her when I spoke to her on the phone when she was out there, The Turks had just bombed a YPJ [Women’s Protection Unit] position and killed 12 women,’ he explained. ‘And I said “This is desperately dangerous, I’m really worried.”

Dirk added: ‘It’s important to say that she didn’t go there to point a gun at anybody, it’s not a violent system there.’

‘It’s just that they have to have military there in their own defence, because they’re going to get attacked…She wanted to participate in the defence of this new utopia. She was desperate to get involved in that.’ 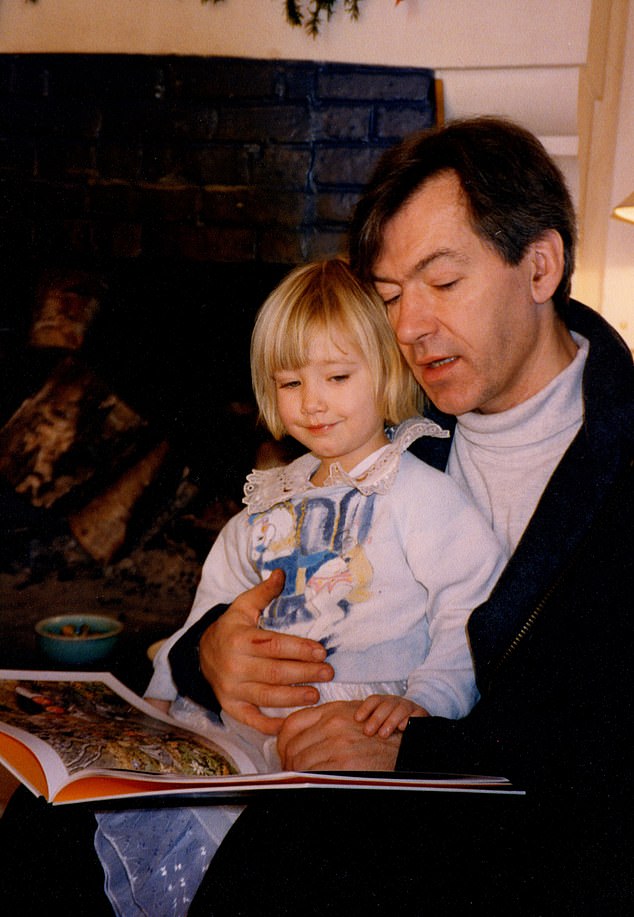 Family collect photo of Anna Campbell, six, and father Dirk in 1997 at their Stoneywood Cottage 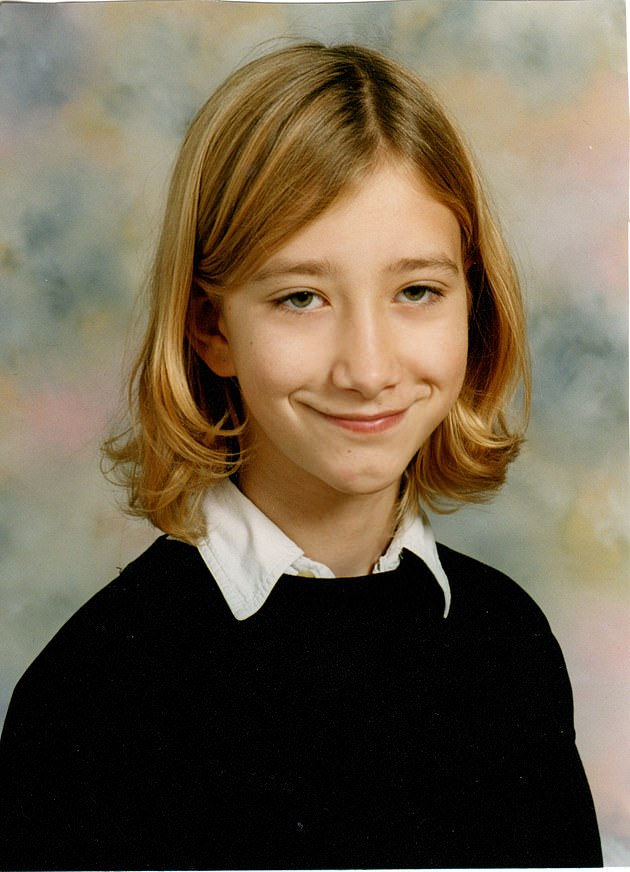 But sadly on 15th March 2017, whilst trying to evacuate civilians, Anna was struck by a Turkish missile and lost her life.

On how he discovered his daughter had died Dirk revealed: ‘A few days later I was visited by a member of the Kurdish support network in Britain and they told me.’

Then earlier this year, during his second trip to Syria, Dirk discovered his daughter had kept a diary.

‘They gave me all of her possessions, which was just some clothes in a plastic bag and that was it,’ he explained.

‘But they said “We’ve got this diary.” And I said, “Well, you’ve got to give it to me, it’s my property” and they were reluctant because they said there was confidential information in there. But I said “No, it’s not acceptable for me not to have it.’…It’s almost a day-to-day transcript.”