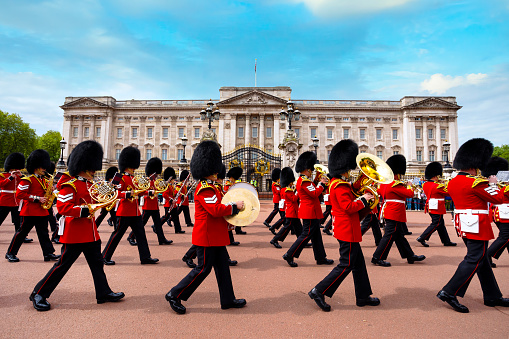 When I first heard that the iconic tall black caps worn by the Queen’s Guard are made out of the fur of slaughtered bears, I was gobsmacked and horrified.

No one with a heart buys fur anymore – including the Queen, after the palace released a statement in 2019 stating she won’t procure any new outfits with real fur.

Today, almost every shop, designer, and fashion lover refuses to touch the stuff because we know that fur belongs only to the animal who was born with it.

I wanted to do something that would turn heads and draw attention to this issue, so I decided to bear all for animal rights group PETA – covered only by a very cuddly teddy. (No, not that one!)

If showing a bit of my skin means more people learn that bears are killed for theirs – and take action to stop this slaughter – that’s absolutely something I’m willing to do.

After all, I’ve always considered myself to be an animal lover, and loving animals means standing up for them.

It is worth describing what happens to the bears whose fur is used to make the Queen’s Guard’s ceremonial caps, because I’m sure it will motivate all decent people to join the campaign to stop it.

According to PETA, bears – who ask for nothing from life but the chance to live it – are shot in Canada with guns and sometimes even bows and arrows.

Hunters pay for a licence to shoot them then sell the pelts to auction houses, from which they are purchased by the Ministry of Defence’s cap-makers, though the MoD says the bears are not hunted to order, nor bred to be hunted, and insist that some bears would need to be culled anyway – like that somehow makes the killing of innocent bears OK (it certainly doesn’t in my eyes).

PETA has found that it takes the skin of at least one bear to make each cap because only part of the pelt is used.

Even nursing mother bears may be killed, which means their cubs will likely starve to death.

Thankfully, today, we have new and improved ways of doing things.

PETA has teamed up with a specialist faux fur company to make a fabric virtually indistinguishable from the real stuff. I’ve seen it used on a replica soldier’s hat, and you honestly can’t tell the difference.

It looks and feels just like real fur, but no bear had to die for it. It’s 100% waterproof, too, as confirmed by laboratory tests.

If you pay tax, you’ll be horrified to learn that your money – £1million of it in the last seven years – has been used to slaughter living, feeling bears

The MoD is old-fashioned and stuck in the past. That’s why it’s up to the younger generations to lead the way.

I accompanied PETA to a parliamentary reception at the House of Commons at which MPs could see the faux fur cap and hear from experts about the need to stop this cruelty.

If they can do so without real fur, so can the British Army. This is especially true since these soldiers’ caps are purely ceremonial – they don’t serve any military purpose.

If you pay tax, you’ll be horrified to learn that your money – £1million of it in the last seven years – has been used to slaughter living, feeling bears and turn their fur into caps.

Three quarters of the UK public thinks this is ‘a bad use of Government funds’. Of course it is.

I’ll keep using my platform to speak out against cruelty to animals – and to say #MoDGoFurFree.

I hope you will, too. Do it for the bears!

Join the campaign by visiting PETA’s website here and signing the petition.