Australia will finally get the critical component in its national integrity framework – a National Anti-Corruption Commission (NACC). The Attorney-General Mark Dreyfus has kept his promise and created a powerful and independent federal integrity commission.

It has been a long time coming (I would say that it is at least eight years late) but we got there. Resistance to the creation of a NACC has been fierce and prolonged. It’s a campaign which has revealed an uncomfortable overlap between political and self-interest. But we got there. 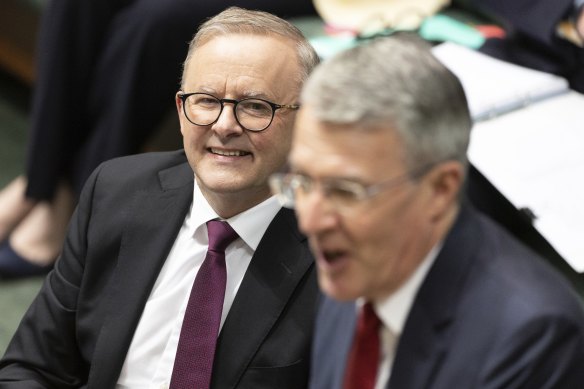 Make no mistake, this is an important moment for those of us who value good governance.

The NACC will be an important addition to our democratic infrastructure. Bear in mind the purpose of the NACC is not primarily punitive, its objective is generally to improve integrity in the public sector. The NACC will be empowered to do this through a consultative and educative role, mainly directed at the federal bureaucracy.

The investigative role of the NACC is also important. Where governance has gone wrong, the NACC can open investigations, pursue the truth and – if necessary – conduct public hearings in accordance with procedures well-known to provide procedural fairness. The powers given to the NACC for this purpose are, subject to one matter, ample and appropriate.

The legislation separates the NACC from political control; it is given a great deal of independence. The funding seems adequate. The parliamentary oversight is measured and appropriate.

The legislation provides for comprehensive whistleblower protection. It also provides – even requires – the NACC to take measures to protect the reputation of persons whose reputation might be damaged because they got caught up in the swirl of an investigation. The NACC is better designed in this respect than any of the other, comparable integrity agencies around Australia.

But is the proposal perfect? Of course not. There are three particular areas of weakness which, with a small amount of tweaking, can further improve the NACC and enhance its capacity to expose and eliminate corruption.

There is also an unnecessary and unfortunate clog on the NACC’s ability to conduct public hearings. A public hearing should be available whenever the commissioner determines it to be in the public interest to do so. Instead, the legislation requires a second step, only permitting the NACC to conduct a public hearing in “exceptional circumstances”. This is a design mistake.

The power to conduct a public hearing should not be limited in that way – experience from the other agencies without that qualification demonstrate that public hearings are rare, forming an exception rather than a rule. It is a qualification which will be ruthlessly manipulated by well-resourced persons and businesses under investigation. So, it is inevitable that applications will be made to courts seeking to prevent the commencement or continuation of a public hearing upon the grounds that the circumstances are not exceptional. Even if that litigation is doomed to failure, experience shows it will be pursued just to disrupt or delay the proceedings.

There is also a difficulty with the composition of the parliamentary oversight committee. It will be made up of 12 members: six from the government, four from the opposition, and two from the crossbench. At first, that looks okay, but the legislation also provides that the government of the day will provide the chair – which in practice means any split vote will be resolved in favour of the government. It would be better if that appointment rotated.

I have a further concern. Institutions like this are fragile – they depend upon continuing government support. I have no doubt the Coalition will publicly support the introduction of the NACC, but it is equally plain that it will do so unwillingly and only because it would be politically poisonous to oppose it.

I was in the parliament when the legislation was introduced. The government and cross benches were full. On the opposition side there were only three present. One member was playing on his phone and another stumbled in half way through the speech. The only member of the opposition who, on the day, demonstrated a genuine interest in the creation of this important government institution was Bridget Archer – who pointedly took a position on the cross bench, sitting next to her fellow Tasmanian, Andrew Wilkie.

I already fear what the Coalition will do if it gets its hands on the NACC.

Geoffrey Watson SC is a director at the Centre for Public Integrity.

The Opinion newsletter is a weekly wrap of views that will challenge, champion and inform your own. Sign up here.