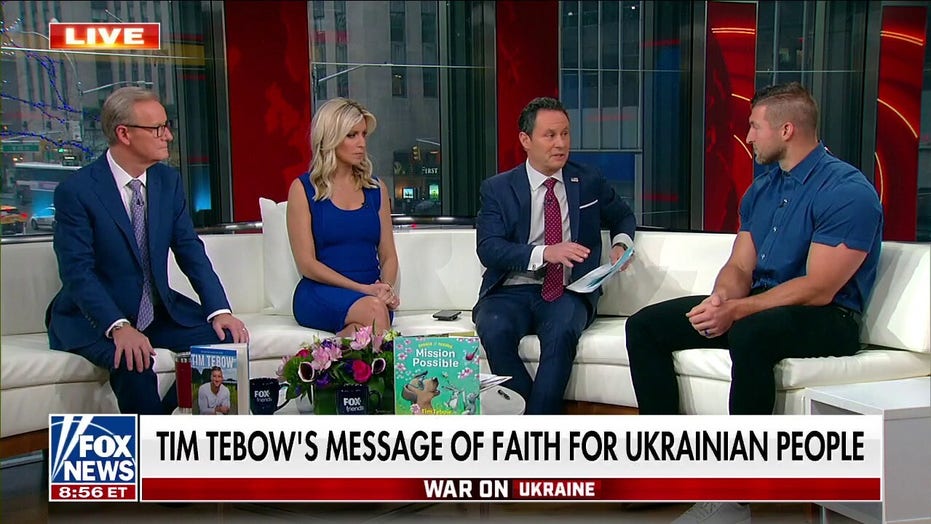 The fifth Sunday of Lent is celebrated by Christians worldwide this weekend, on April 3, 2022. On this Sunday during the Lenten season, Christians recall both the humanity and the divinity of Jesus Christ.

Jeff Myers, PhD, president of Summit Ministries in Manitou Springs, Colorado, suggested that as we move closer to the passion of Jesus Christ and look ahead to the remainder of Lent, believers should visualize a painting of the Last Supper of Jesus while considering the themes of Lent — temptation, forgiveness and sacrificial love.

“Probably, the picture that first comes to mind looks a lot like Leonardo da Vinci’s masterful mural of the disciples whispering and quarreling, all lining one side of the table,” he told Fox News Digital via email.

The disciples are shown seated around the table, but there is an open space directly across from Christ.

Dr. Myers invited believers to instead consider a different rendering of the Last Supper, one that he said “haunts” him.

He was referring to Italian artist Barna da Siena’s medieval painting of the Last Supper, which he said portrays more of a “family meal.” The disciples are shown seated around the table, but there is an open space directly across from Christ. (The painting can be seen in the video below, at approximately the 5:04 mark, in the bottom right.)

This is an “invitation” to us all, Myers said.

“In my own mind’s eye, I throw my legs over the bench,” said Myers. “Around me, I hear the murmured conversation, and I try to think of something witty to say. The smell of spices fills my nostrils, and someone slides a serving dish my way.” 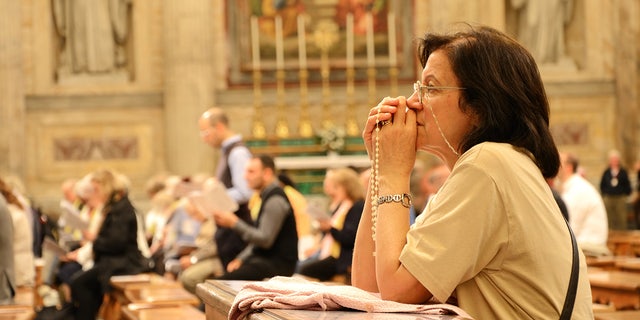 A woman is shown praying inside a church. Lent began on Ash Wednesday, which was on March 2, 2022, this year. During this period, Christians all over the world are preparing for Easter.
(iStock)

Myers said he pictures glancing to his left, only to see Judas, Christ’s betrayer.

The meal continues, and Jesus announces, “One of you will betray me.” Each disciple responds in shock: “Is it I, Lord?”

Jesus doesn’t say so at that moment, noted Myers, but the answer to each is yes.

“By the end of the evening, one will betray him with a kiss,” he said. “Another will deny they have even met and the others will just melt into the night without uttering a word.”

Myers said we can all identify with this tableau, because we all fall short. 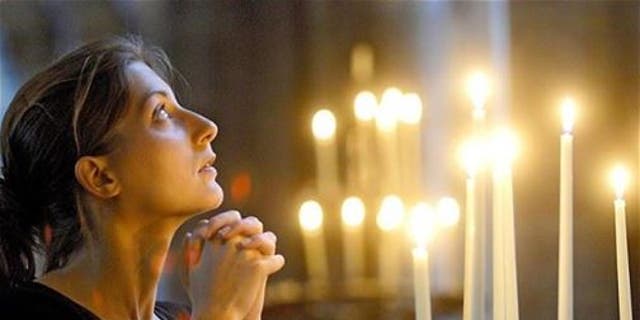 A woman prays inside a church in this image. Jeff Myers of Summit Ministries told Fox News Digital that a young person once asked him, "Why must there be bloodshed for salvation? Isn’t there another way?"
(AP)

“There is no hiding from it,” Dr. Myers said. “I also have a seat at the table and I, too, am a traitor. Through my actions and also through my inaction, I turn my back on love; I refuse the hand extended in salvation.”

If a soundtrack accompanied Barna’s painting, said Myers, it might be the “haunting melody” of Johann Sebastian Bach’s “Saint Matthew’s Passion”: “Mine, mine was the transgression, and thine the deadly pain.”

Faced with wrongdoing, Myers noted, our instinct is to deny.

“We want the finger pointing elsewhere,” he said of our shared human nature. “We tell ourselves that we are our own truth, and therefore, without fault. We alone draw the line defining guilt, conveniently drawing it so that we are on the side of innocence.” 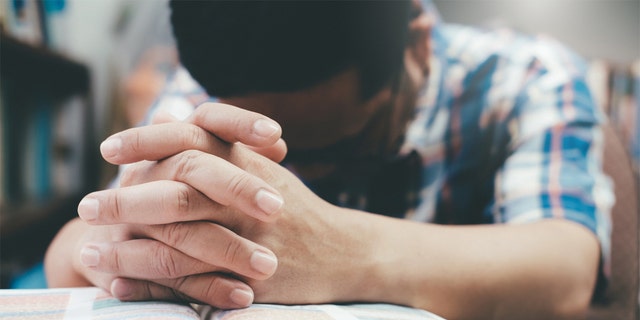 A man prays, his hands clasped together on a Bible. "In the Eucharist," said Jeff Myers of Summit Ministries in Colorado, "the minister offers the cup of Jesus’ suffering by saying, ‘[This is] the blood of Christ shed for you.’"

“In our panic, we judge the disciples for a weakness we fear will be uncovered in our own hearts. ‘My response to Jesus would have been so different,’ we tell ourselves.”

But Barna’s depiction of the Last Supper “plants us firmly” in the middle of the “messy truth,” said Myers. “We are among the guilty.”

He noted that the young adults he ministers to today don’t like to hear this truth.

A rescue from humanity’s madness, including wars such as the current deadly crisis in Ukraine, lies in Christ’s holy sacrifice.

He said that one young person once asked him, “Why must there be bloodshed for salvation? Isn’t there another way?” Jesus himself asked this question only hours before his crucifixion, said Myers.

“I ask it when I myself go through a crisis, and we ask it of history’s sweep, too,” Myers said.

“Why is it, as philosopher Will Durant calculated, that only 268 years of recorded time have seen no war?” 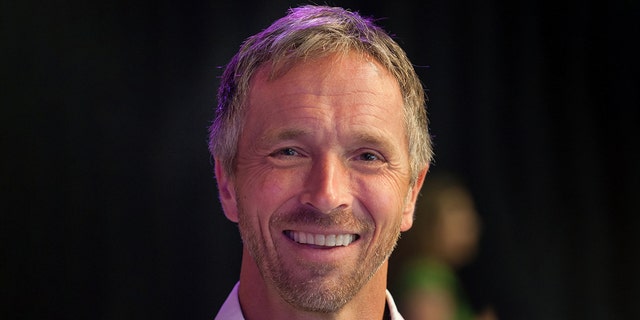 Jeff Myers, PhD, shared thoughts about this year’s Lenten season with Fox News Digital. "Christ’s passion reminds us that light has come into the world, and the darkness has not overcome it," he said.
(Dr. Jeff Myers)

A rescue from humanity’s madness, including wars such as the current deadly crisis in Ukraine, lies in Christ’s holy sacrifice, Myers said.

“In the Eucharist, the minister offers the cup of Jesus’ suffering by saying, ‘[This is] the blood of Christ shed for you,’” he noted.

“Christ’s passion reminds us that light has come into the world, and the darkness has not overcome it.”

“This is not the bloodshed of one giving his life so that we may live our remaining years with fewer difficulties. It is the excruciation, literally meaning ‘out of the cross’ — of the eternal one entering time to reverse death’s story.” 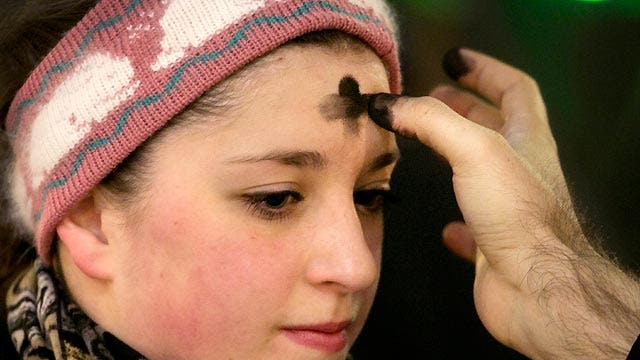 Myers shared that Barna added the finishing strokes to his Last Supper masterpiece as a deadly pandemic had begun circling the globe — the plague known as the Black Death.

“In the horror of those days and in the distress of our own, Christ’s passion reminds us that light has come into the world, and the darkness has not overcome it,” said Myers.

“Suffering will cease. Death will not win.”

“And we,” he concluded, “are offered forgiveness.”