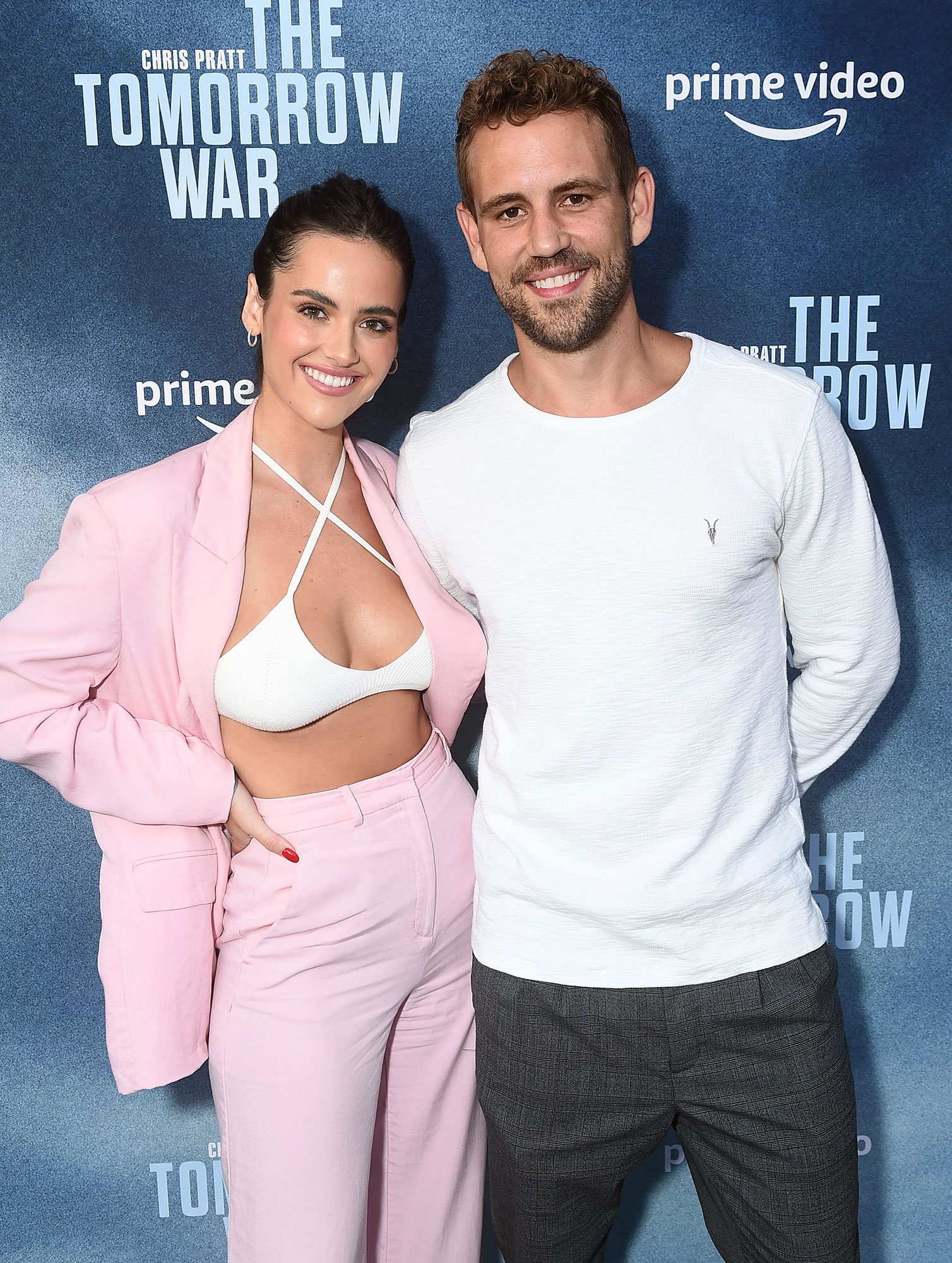 His final rose! Nick Viall and his girlfriend, Natalie Joy, are officially engaged after more than two years of dating.

“For the rest of my life, it’s you,” the couple wrote via a joint Instagram post on Thursday, January 12, alongside a carousel of images from their engagement shoot.

Shortly before Viall, 42, proposed to Joy, 23, a source exclusively told Us Weekly that the pair were “very much in love” and were considering a future together.

“They could be the next Bachelor Nation couple to get engaged,” the insider predicted in November 2022, adding that his friends “[couldn’t] wait for [a proposal] to happen because they know how long he’s been waiting to find The One.”

The “Viall Files” podcast host was previously engaged to Vanessa Grimaldi following his 2017 season of The Bachelor. The reality stars announced their breakup in August of that same year.

The two-time Bachelorette semifinalist was first linked to Joy in 2019 — but the duo didn’t officially start dating until July 2020. However, it wasn’t for another six months that Viall and the surgical technologist made their relationship Instagram official.

Weeks after cementing their status on social media, Viall revealed that he first met Joy after she slid into his Instagram DMs. “It was very romantic,” he joked during a February episode of his podcast. “We kind of kept hanging out, and she finally got to a point where she was like, ‘I want to date,’ and I was kind of like, ‘I don’t know.’”

Nick Viall’s Season 21 of ‘The Bachelor’: Where Are They Now?

The TV personality continued, “She just was like, ‘OK, this is what I want. It’s fine, no big deal, but I’m gonna go do my thing,’ and she did, and I was like, ‘What?!’ … She went and showed me exactly what I’d be missing.” 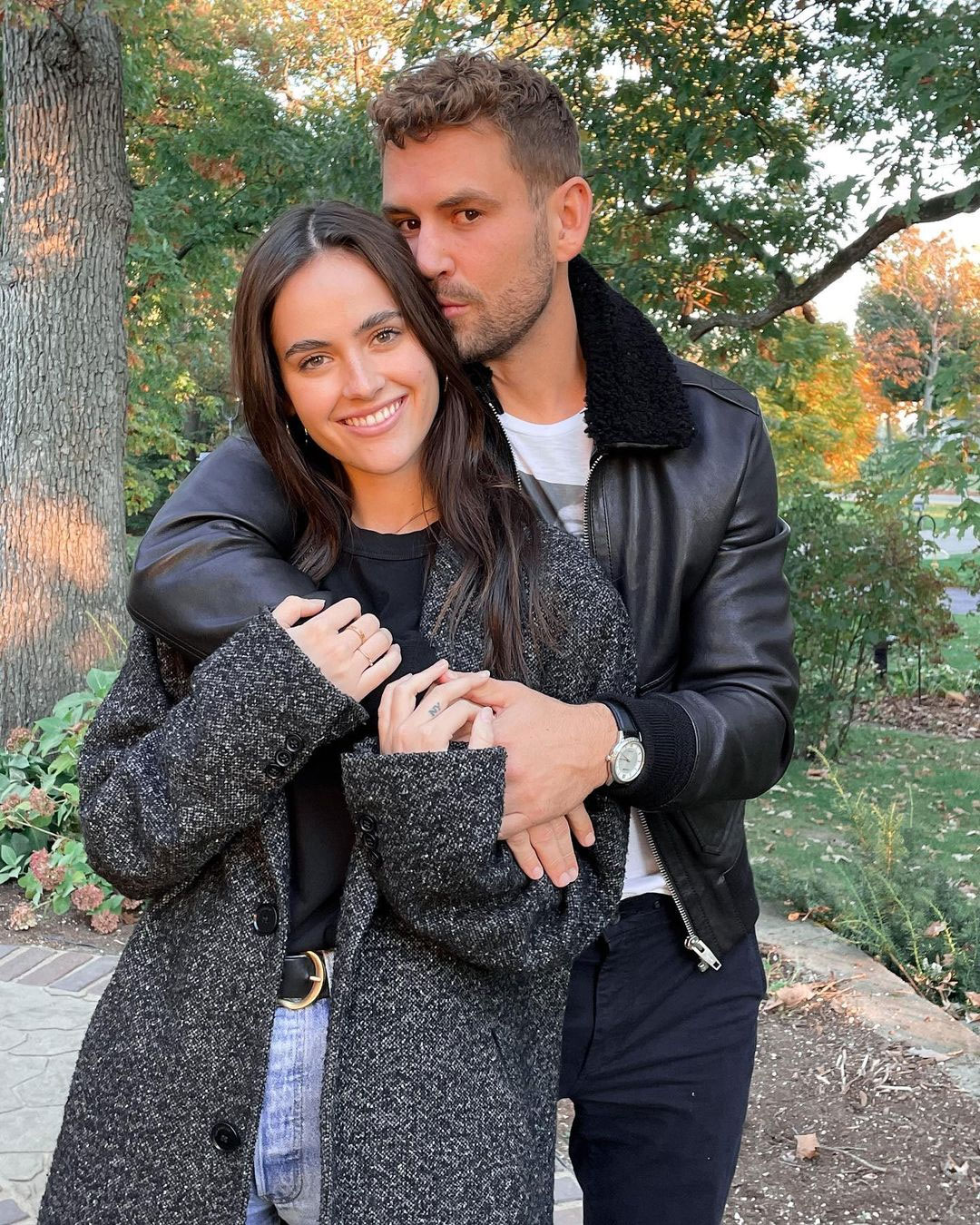 Later that month, the couple made their awards show debut at the 78th annual Golden Globes. “Their relationship is very real,” a source told Us at the time. “They’re pretty much inseparable.  … She practically lives with him because she’s at his house that much.”

In July, the twosome celebrated their “1 year ish” anniversary while on vacation in Brooklyn. “Visiting the hotel where it all started,” Viall wrote via Instagram alongside a photo of him embracing Joy. “Thankful for every moment I have with you @nnataliejjoy❤️.”

‘Bachelor’ Stars Who Returned to the Franchise Again and Again

Four months later, a source told Us that the soon-to-be engaged pair were already talking about expanding their family, noting, “[They’re] both excited about being parents someday and equally excited about the possibility of it being with one another.”