First the time ever, the Grammys are taking a gamble and bringing the show to Vegas, baby! COVID restrictions forced the Recording Academy to move the show from its usual Los Angeles home to the glitzy Las Vegas Strip. Will the Academy’s roll of the dice pay off? That’s just one of the mysteries. Will Olivia Rodrigo sweep the “big four”? (She seems to be a shoo-in for best new artist). How many Grammys will nominee-leader (with 11 nods) Jon Batiste end up with? What moment will go Will Smith-esque viral? Who knows?! Strap in for a musical ride that G.I Jane isn’t invited to (we hope)… One week after the shocking death of drummer Taylor Hawkins, the Foo Fighters won three Grammys. The band swept the three categories in which they were nominated — best rock performance (for “Making a Fire”), best rock song (for “Waiting On a War”) and best rock album (for “Medicine at Midnight” — the last Foos album on which Taylor played). With a total of 15 wins in total, the Foo Fighters are now the most awarded American band in Grammys history. The grieving band did not attend the pre-show telecast and canceled their Grammys performance in the wake of Taylor’s March 25 death in Colombia. Frontman Dave Grohl’s family, however, was in Vegas for Grammy-related events — 15-year-old daughter Violet performed at the MusiCares Person of the Year Gala on April 1. Dave’s wife, Jordyn Blum, and 12-year-old daughter, Harper, also attended the gala, which honored music legend Joni Mitchell.

A very special win for an LGBTQ country music star

Talk about a meaningful Grammy win. Less than one month after winning duo of the year at the Academy of Country Music Awards, Brothers Osborne continued their winning ways. The duo took home their first Grammy, for best country duo/group performance for the song “Younger Me,” which is about T.J. Osborne publicly coming out as a member of the LGBTQ community (he’s the first openly gay male country singer on a major label). “I never thought I would be able to do music professionally because of my sexuality,” T.J. said during pre-telecast premiere ceremony. “And I certainly never thought I would be here on this stage accepting a Grammy after having done something I felt like was going to be life-changing, potentially in a very negative way. And here I am tonight, not only accepting this Grammy award with my brother, who I love so much, but I’m here with a man that I love and who loves me back. I don’t know what I did to get so lucky.”

“What story are you telling with this outfit?”

Twitter is divided over one question: “What story are you telling with this outfit?” As the face of the red carpet for E! News, Laverne Cox was tasked with interviewing the never-ending parade of celebrities arriving at the Grammys. During a bevy of interviews, she asked stars that very question over and over again — Jack Harlow got hit with it, as did Kelsea Ballerini, Cynthia Erivo, Olivia Rodrigo, FINNEAS and more. Social media had some thoughts, as it often does. “‘What’s the story you’re telling with what you’re wearing?’ Just ask: ‘Who are you wearing?’ Put some respect on Joan Rivers’ name!” one person wrote. Another said, “If i hear ‘what story are you telling with this incredible ensemble’ one more time…..” Still, other people thought the line of questioning was “powerful” or “refreshing.” We’re just, uh, telling you, that’s what people are tweeting…

One of the storylines of the Grammys isn’t just who IS attending, but rather who isn’t. It was previously reported that Kanye West, whose “Donda” is nominated for album of the year, wouldn’t be there due in part to his March comments about host Trevor Noah. Another no-show? Three-time 2022 nominee Ariana Grande, who just hours before the telecast announced that she won’t be there either, though she didn’t give a reason why. Double nominee Miranda Lambert is skipping the ceremony too — because of commitments related to her upcoming album, “Palomino,” and upcoming tour (she also missed the 2022 ACM Awards in March). “I’m slammed this month, with the record coming out and everything,” she told ABC News. Not surprisingly, The Weeknd is also not attending, nor is he nominated (but that’s no slight on his work). Last year, the rapper was livid over being snubbed and vowed to never submit his music to the Grammys for consideration again. Still, The Weeknd spent Sunday morning hyping up his album on Twitter. Although he never mentioned the awards show, it’s highly likely the timing of his tweets weren’t an accident.

It was a special night for this music scion: Musician Wolfgang Van Halen — the only child of late rock legend Eddie Van Halen, who died in 2020 after a lengthy cancer battle, and actress Valerie Bertinelli — made his red carpet debut with girlfriend Andraia Allsop at the 2022 Grammys. Wolf’s reportedly been in a relationship with the software engineer since 2015. 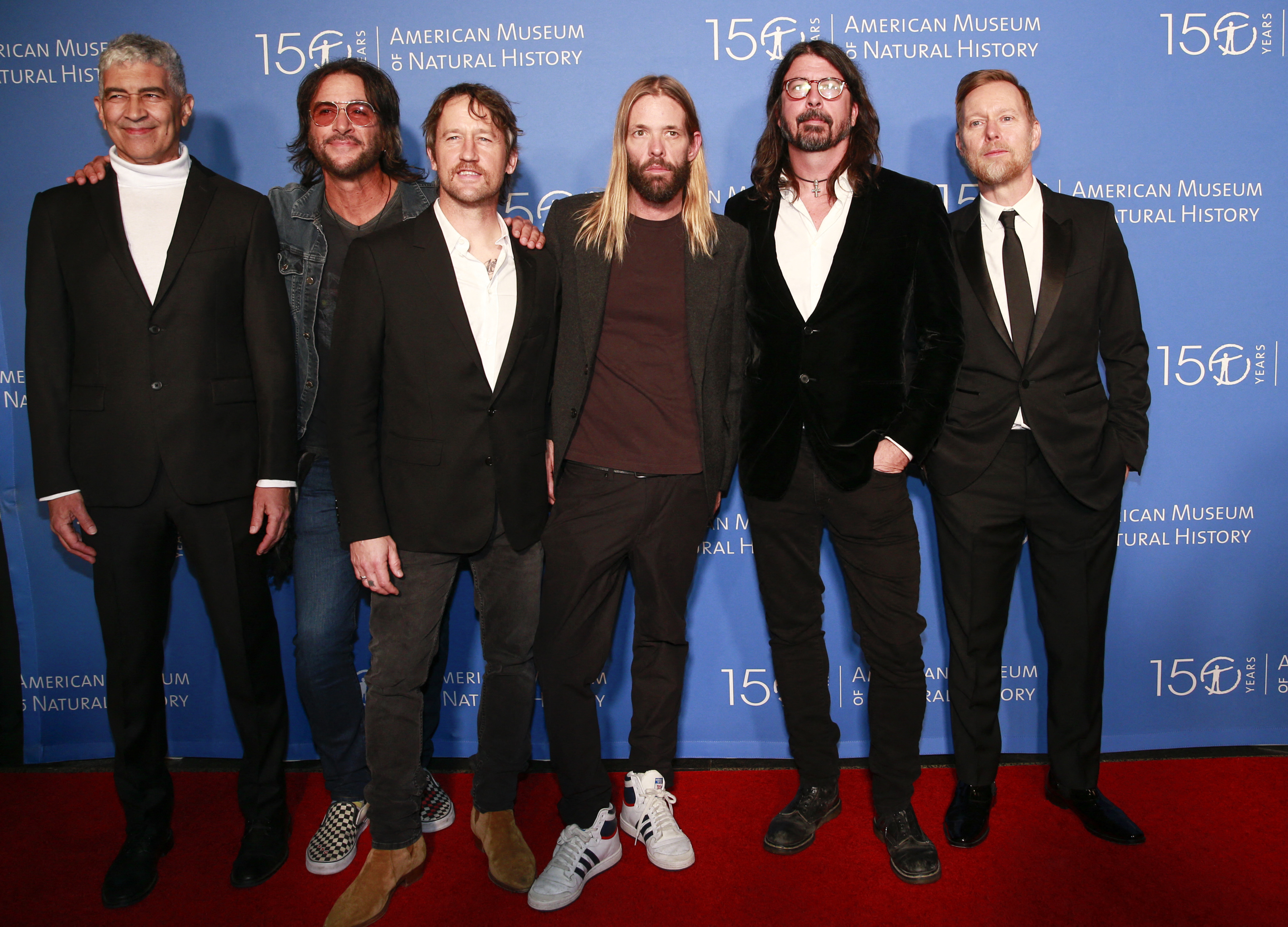 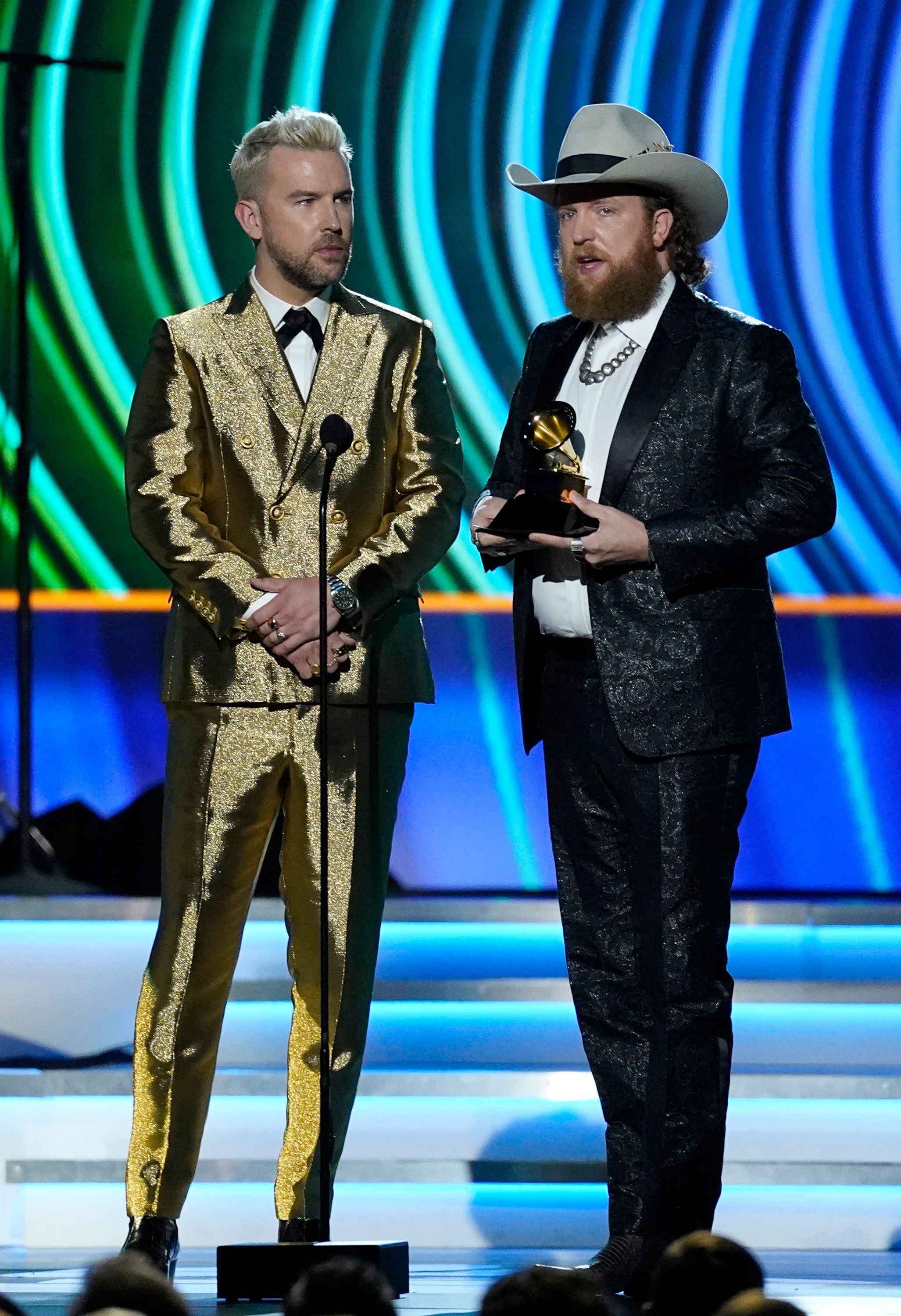 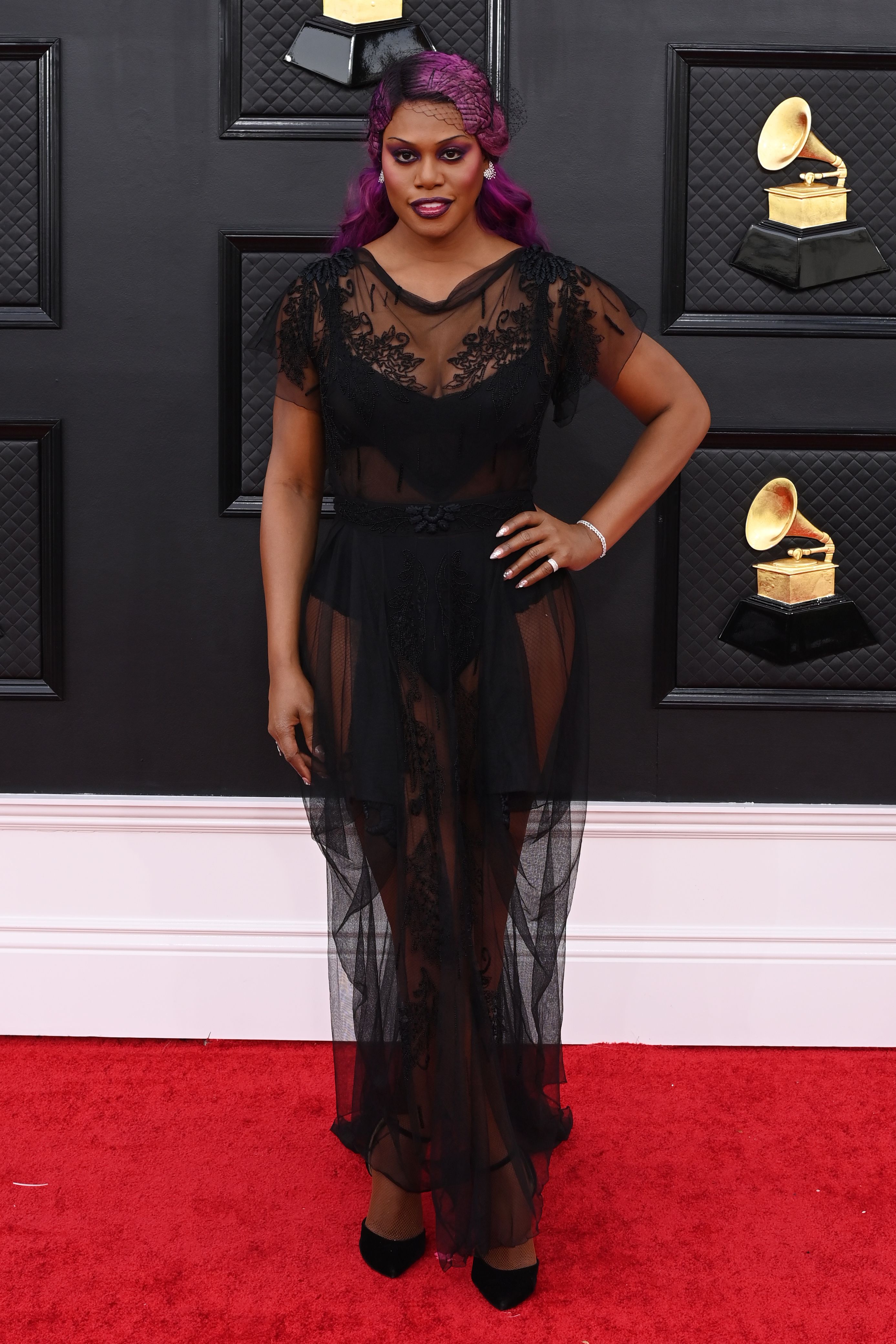 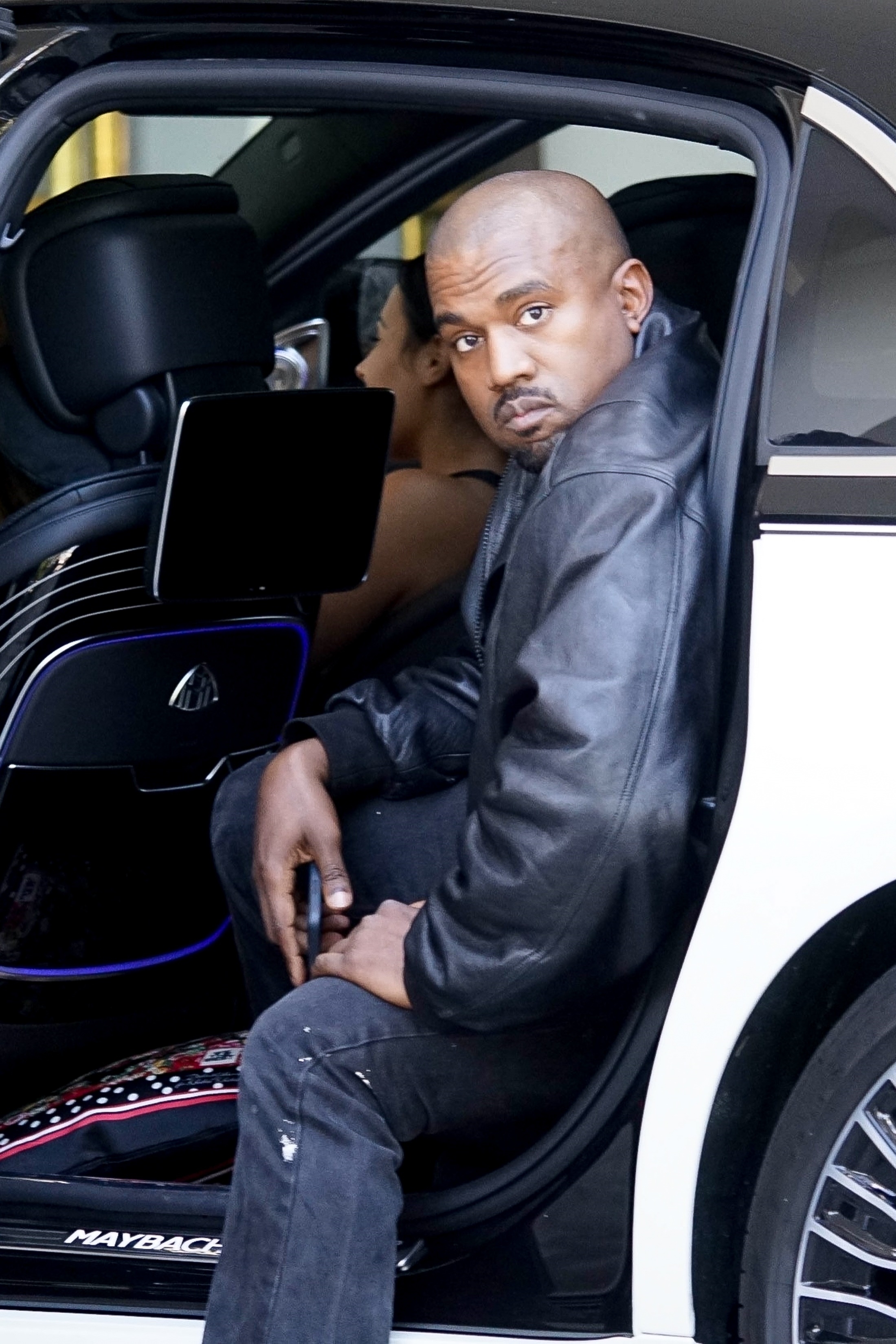 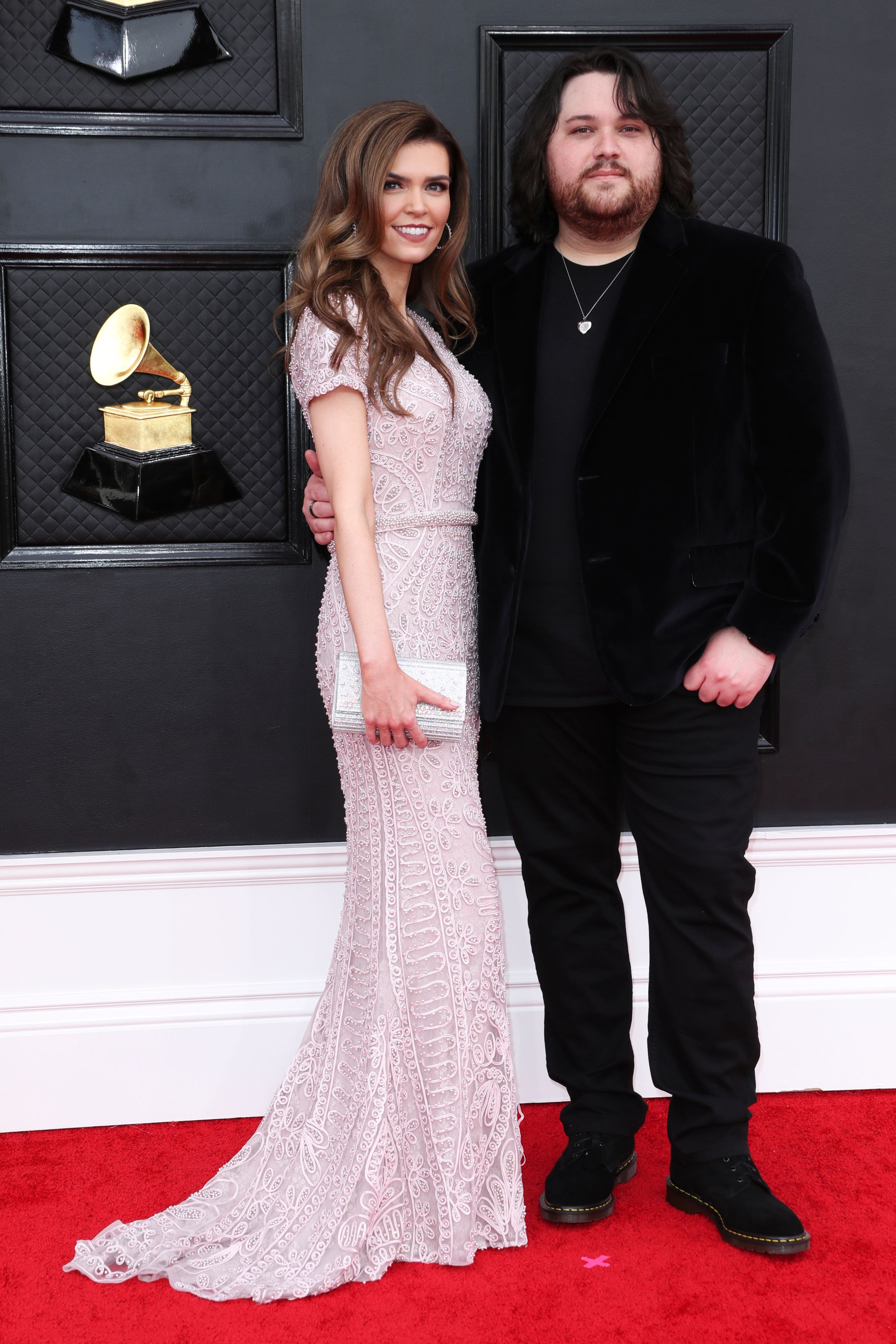 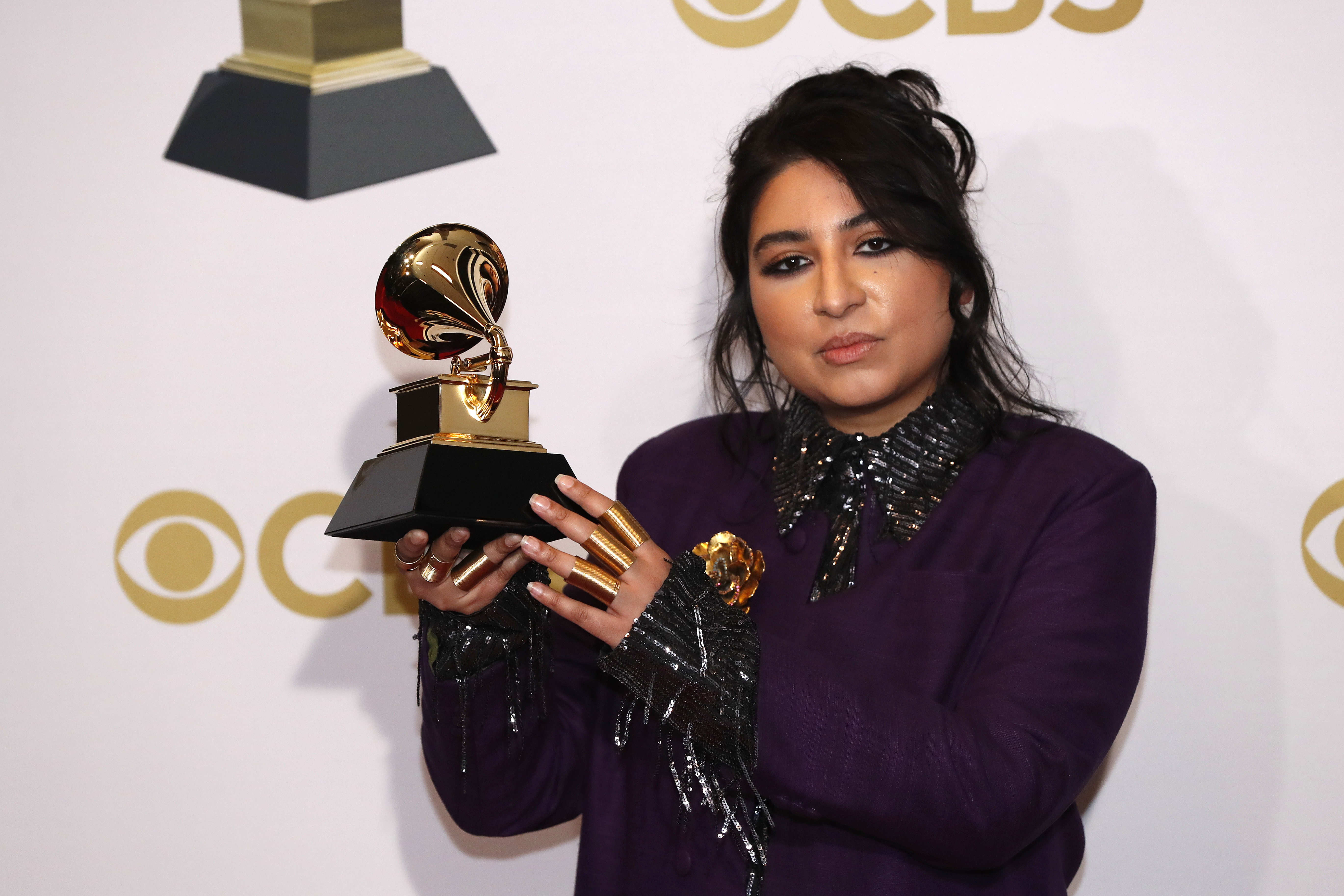 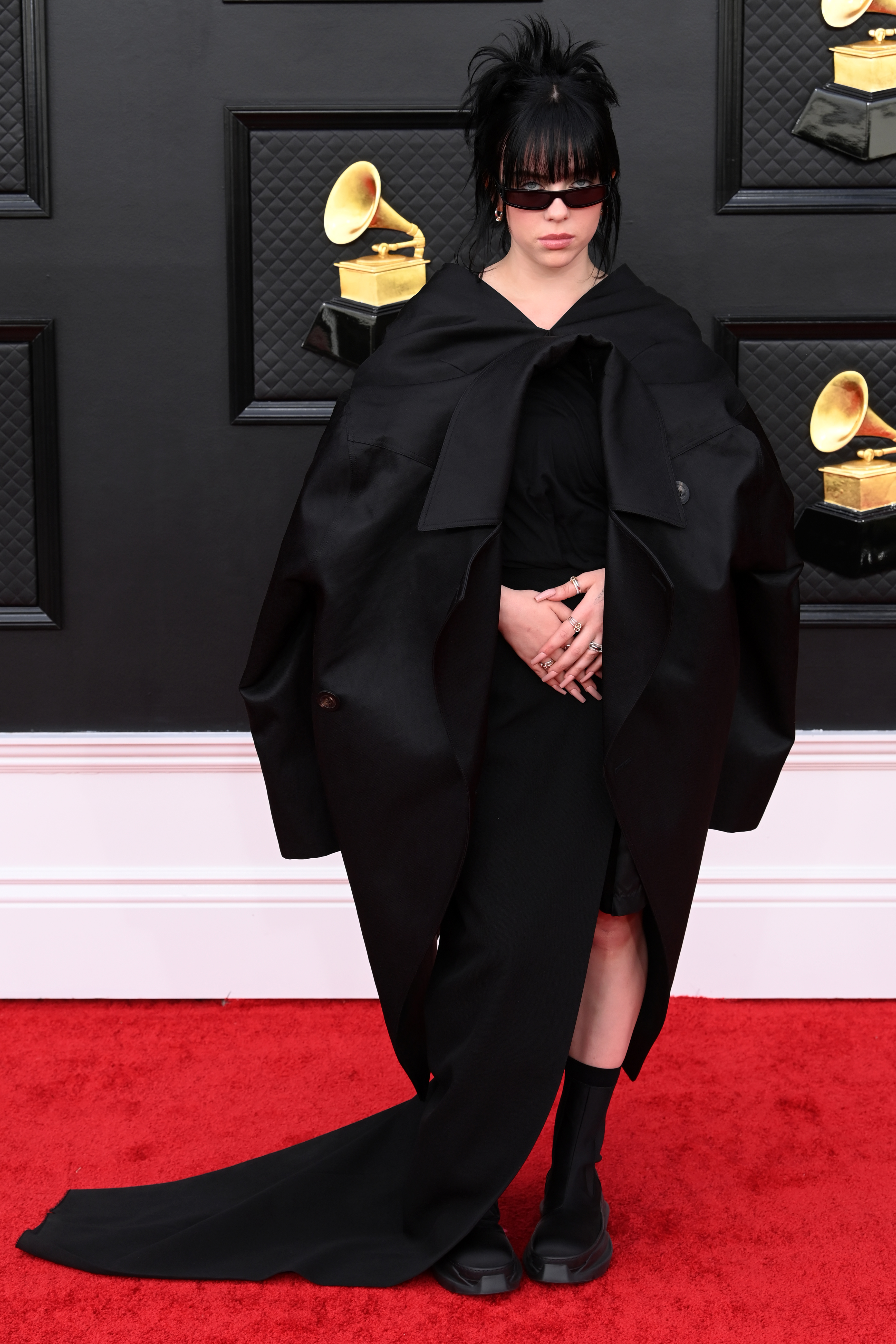